Project Seven for Soldiers: Keeping up with Dawson’s Peak 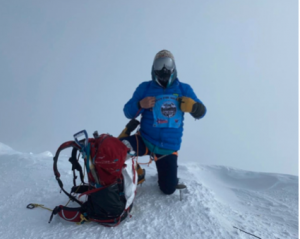 Matt Dawson at the summit of Denali.

On to the next one! Matt Dawson, founder of the nonprofit organization Dawson’s Peak, has embarked on phase three out of six on his roadmap for Project Seven for Soldiers, an attempt to set seven world records in multiple extreme activities.

“The goal of Project Seven for Soldiers is to exemplify our motto of ‘Earn, Give, Live your life,” said Dawson. “We are also bringing awareness and attempting to raise $1 million for Hope For The Warriors and the Gary Sinise Foundation.”

In April, Dawson stepped off on phase one of this journey, where he tackled the first portion of the Explorers Grand Slam. The Explorers Grand Slam consists of climbing seven of the highest peaks of the seven continents, known as the Seven Summits, as well as trekking the North and South Poles. Through heavy snow, gusting winds, and rough terrain, Dawson completed his climbs for Mt. Everest, Mt. Kilimanjaro, Mt. Elbrus, and Denali on August 31.

“We are now 4/4 on our start of Project Seven for Soldiers,” said Dawson. “During times like this, you can’t let your mind get too far ahead. You simply have to focus on the next step and next breath. It can be frustrating at points, but there is no sense in trying to fight it.”

After taking only a few months to recover, Dawson kicked off phase two on November 16, where he set off to cross the Mojave Desert, including the treacherous Death Valley. This expedition was not for the faint of heart as Dawson battled temperatures reaching 134 degrees, sandstorms, and even injuries as he pushed forward. In just six days and 23 hours, Dawson, accompanied by only his 220 pounds of gear, walked 213 miles from Beatty, Nevada, to Victorville, California. Finishing on November 22, this voyage was the first solo and unsupported crossing of the Mojave Desert based off available records.

“One of the biggest challenges of extended physical efforts is remaining ‘locked in’ mentally,” said Dawson. “Regardless of your physical state or location, you can’t let your guard down for a second. That said, it’s always good to take a moment to appreciate your opportunities and experiences. Through all the pain and effort, I was equally conscious to appreciate how fortunate I was to have the ability to pursue this endeavor.” 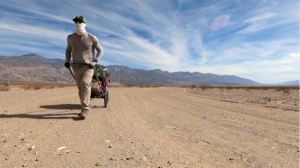 Today, you’ll find Dawson on the front end of phase three, where he will attempt the second portion of the Explorers Grand Slam. Standing between him and completion are the peaks for both Vinson Massif and Aconcagua, as well as trekking the harsh and vast South Pole. Stepping off on December 1, Dawson and his team are currently taking on Vinson Massif and are expected to finish the phase sometime in January.

“Matt’s dedication to this remarkable endeavor is inspiring, and his commitment to raising support for the military community is inspiring,” said Robin Kelleher, Hope For The Warriors Co-founder and CEO. “He has taken the idea of donating time, talent and treasure to incredible heights … literally. We are grateful for his passion in highlighting the sacrifice and resiliency of our country’s warriors.”

What’s next for Dawson? Upon completion of phase three, Dawson and his team will prepare for phase four where they will attempt an oceanic crossing from Dakar, Senegal to French Guiana in a rowboat, finish the Explorers Grand Slam with the North Pole trek and Carstensz Peak in phase five, and attempt a 22,000-nautical-mile global circumnavigating flight in a single engine plane during phase six.

Join Hope For The Warriors in continuing to cheer on Dawson and keep up with his progress by following along on the Project Seven for Soldiers webpage and the Dawson’s Peak Instagram.