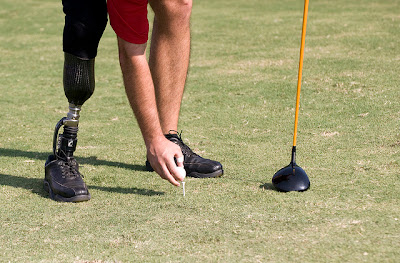 The Warrior Open was once again held in Dallas on September 24 and 25.  This golf tournament is put on by The Bush Center and by former President George W. Bush.  His goal is to honor those that serve and sacrifice for our country’s freedoms.  More importantly however, he wants to show the world that in spite of their injuries, each warrior is still a competitive fighter.

For many wounded service members, golf is considered to be a key part of their rehabilitation.  The game pulls them out of the medical facility, requires focus and strength and reengages the competitive spirit. 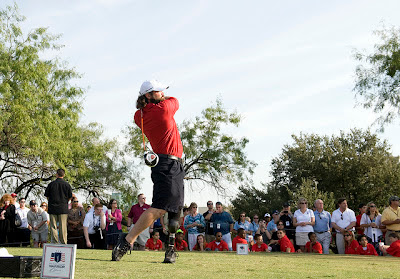 Bush’s goal for the tournament is to have a tough competition among wounded service members.  He seeks out those who have risen above their wounds to become a top golfer.  As he said at the end of the tournament, “There is no self pity in this crowd.” 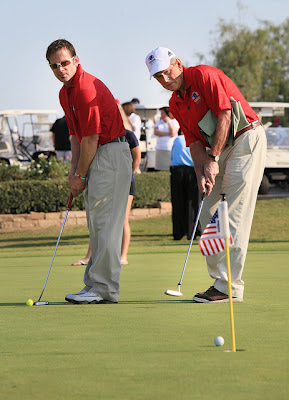 Warrior after warrior shared how the game of golf had changed their lives and given them a positive focus throughout their recovery.  Each had withstood multiple operations and challenges on their road to recovery.  Some were still undergoing operations and were still unsure of what would come next.  One shared that his leg might still need to be amputated.  However, he looked around the room and recognized that many had lost their legs and that he would still be fine.

The tournament champion was once again Corporal Chad Pfeifer, USA (Ret.).  His fellow competitors were quick to warn him that they intend to return next year to challenge his reign.  Chad was the recipient of A Warrior’s Wish® from Hope For The Warriors® many years ago.  His Wish was for a set of golf clubs.  Clearly, his Wish has paid off for him!

Hope For The Warriors® was one of six nonprofits highlighted throughout the Warrior Open for the work that we have done for military families.  Many of the warriors competing have worked with Hope For The Warriors® at some point in their recovery.  We are proud of our work from the past six years and we will continue our mission to restore self, restore family and restore hope.