SPRINGFIELD, Va. – For more than 13 years, Hope For The Warriors has been dedicated to restoring a sense of self, family and hope for veterans, service members and military families. Each year under the leadership of trusted board members, the national nonprofit aims to provide support through a variety of programs focused on clinical health and wellness, sports and recreation and transition services. 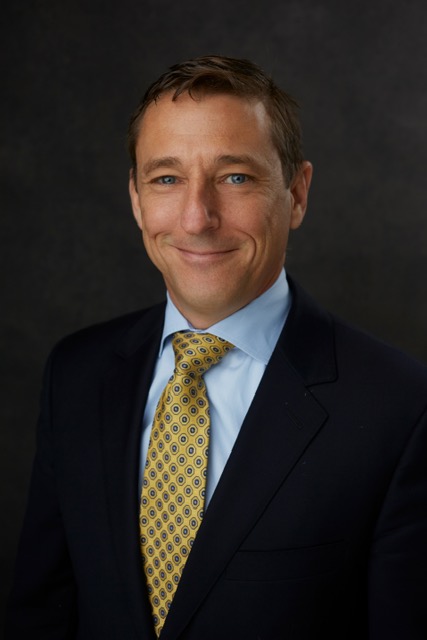 Retired Army Lieutenant Colonel Jay Soupene recently joined the 10-member Hope For The Warriors board of directors. Soupene is the senior vice president of operations for Casey’s General Stores, a chain of over 2,000 convenience stores in the Midwest and Southern U.S.

Soupene attended the U.S. Military Academy at West Point, N.Y. and was commissioned in 1991 as a second lieutenant in the Field Artillery.

As a field artillery officer, he served in a multitude of leadership positions during two deployments to Iraq and with humanitarian assistance in New Orleans in the wake of hurricane Katrina. After 20 years of service, Soupene retired from the military and began his civilian career with Casey’s General Stores in 2011.

“I am truly honored to have this opportunity to serve our veterans as part of the Hope For The Warriors team,” said Soupene. “This is an amazing organization, fully committed to our post-9/11 service members and their families.”

Soupene’s military awards include the Bronze Star (1OLC) and the Meritorious Service Medal (3OLC). He is a graduate of Airborne and Air Assault School, the Field Artillery Basic and Advanced Officer Courses, the Combined Arms and Staff School, the Command and General Staff College and he holds a master’s degree in business from Embry-Riddle Aeronautical University.

“We’ve been honored to work with Jay since 2012 when we began our relationship with Casey’s General Stores,” said Robin Kelleher, co-founder and president of Hope For The Warriors. “Now, as Hope For The Warriors continues to grow in the Midwest and beyond, we’re honored to have Jay’s guidance and leadership. His expert military background and work in operations within his civilian career will only continue to enhance our programs benefiting the veterans, service members and military families we serve.”

In addition, Soupene spent time teaching Military Science at Iowa State University and is an author. His first novel, Wapsipinicon Summer, was published in 2014. He resides in Des Moines, Iowa, with his wife of twenty-seven years.

About Hope For The Warriors: Founded in 2006, Hope For The Warriors is a national nonprofit dedicated to restoring a sense of self, family and hope for post-9/11 veterans, service members and military families. Since its inception, Hope For The Warriors has served over 30,000 through a variety of support programs focused on clinical health and wellness, sports and recreation and transition. One of the nonprofit’s first programs, Military Spouse and Caregiver Scholarships, has awarded over 135 scholarships to caregivers and families of the fallen. In addition, Run For The Warriors has captured the hearts of over 25,500 since 2010. For more information, visit hopeforthewarriors.org, Facebook, Twitter or Instagram.