Get the Latest Updates
Facebook0Tweet0LinkedIn0Print0Email0
Last month, Hope For The Warriors® attended the Fifth Annual
NYC Rugby Cup – Presented by HSBC. Play
Rugby USA, the largest rugby based youth development organization in the
nation, hosted the event on Randall’s Island Fields.  Close to 900 middle and elementary school
students competed in almost 200 games throughout the day.  In total, more than 1500 players and
spectators attended the Rugby Cup. 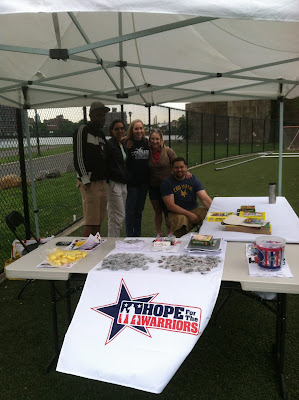 Hope For The Warriors® was invited to attend the event so
that the players could write letters to combat deployed service members.  The first visitors to the table were Mark Griffin, CEO and Founder of Play
Rugby USA, and John”JBL” Charles Layfield, the longest reigning WWE Champion in
SmackDown history.  Layfield is a NYC
Rugby Cup Ambassador and current financial analyst for Fox News. 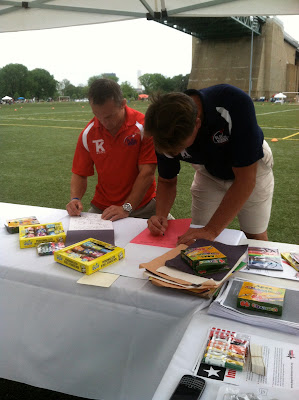 Throughout the
day, children, parents and coaches stopped by the table to write a letter of
thank you to American service members.
The letters were sweet, heartfelt, comforting and sincere.  Hundreds of cards were created that day by
the boys and girls of Play Rugby USA. 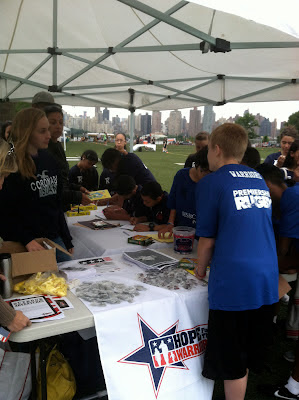 Soon those
letters will be in the hands of service members deployed to Afghanistan.  We worked with the American Red Cross and
included the letters in care packages filled with of in-kind donations made by
the public.  In speaking to service
members, those letters make a huge difference to those who are deployed so far
from home.

Thank you to Play
Rugby USA and to all the players visited our table that day! 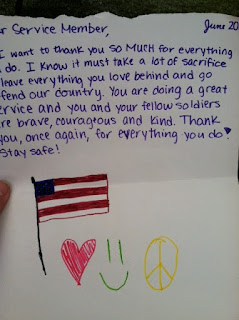 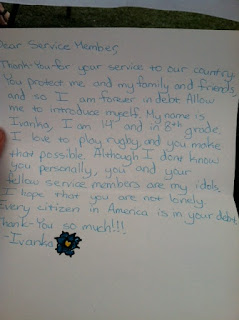 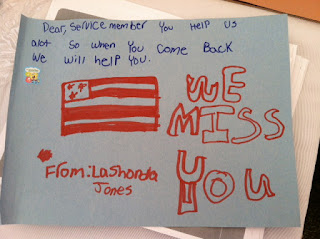