The Therapeutic Game of Golf

Last week, four wounded service members and two staff members from Hope For The Warriors® attended the Mobile Bay LPGA Golf Classic Tournament in Mobile, AL.  Two of the men played golf before their injuries and returned to the game that they always loved.  The other two learned the game post-injury and found enjoyment and therapy in the game.

The warriors and their families were flown to Mobile as part of our Hope & Morale Program.  The program is one way that we restore hope in our military families as they recover.

Events began on Tuesday when the guys were introduced to two of the professionals–Wendy Ward, daughter of a retired Army officer and Kim Hall, spouse of an active duty Air Force pilot.  The group of 6 played the 18th hole together, swapping both golf and military stories.

On Wednesday, the four men joined Kim Hall, LPGA Professional, in the Pro-Am event.  This pairing was even more special because Kim’s husband Casey is active duty in the Air Force and was her caddy for this week’s tournament.

Our four warriors were each unique–different backgrounds, branches of service, and different wounds.  However, each talked about how the game of golf was part of their rehabilitation.  One veteran, attending with his family, shared that he grew up playing golf with his grandfather.  His trip to Mobile was a much needed form of respite for him and his family as they continue to struggle with the impact of combat on their lives. 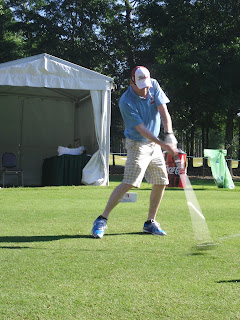 Two of our warriors shared that they had never played golf until after they were injured.  Their injuries forced them to embrace new hobbies and new sports.  Both love the game of golf and play whenever possible. 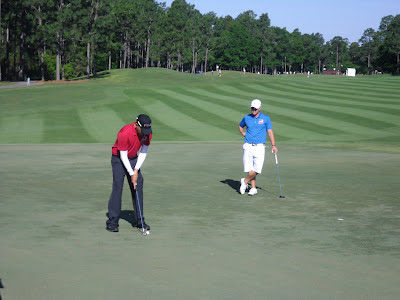 A huge thank you to the LPGA, the management of The Robert Trent Jones Golf Trail, and 55 Water–the tournament sponsors.  Finally, thank you to Kim and Casey Hall, Wendy Ward and each individual on and off the golf course that gave our warriors a great week in Mobile.  It was a fun and inspiring event and each of our warriors had a great week!