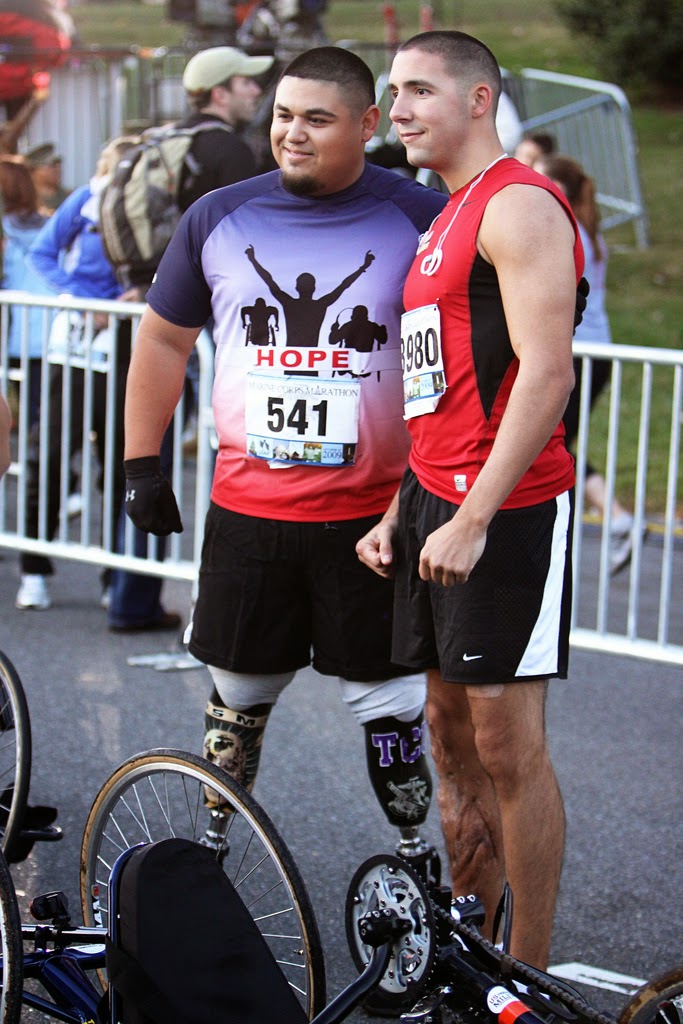 We have many fond memories of the Marine Corps Marathon and on Throwback Thursday, we are excited to share those memories and the amazing road for one marathoner.

Zach
Briseño is a native of Fort Worth and joined the Marine Corps in
2004, just after his high school graduation. In 2007, after serving in Okinawa and Fallujah, Iraq, Zach returned to Fallujah as part of a police
training team. On November 29, 2007, an IED detonated under the vehicle of his
and two other Marines, resulting in the loss of both legs and an injury to his
arm.

While still in recovery, Zach joined Team Hope For The
Warriors® and completed the 2008 Marine Corps Marathon on his new handcycle.
The last leg of the race route was uphill, so for Zach the finish line could
very well have been out of reach. Exhaustion and doubt, however, were no match
for his determination. Zach made it up the hill–not by handcycle, but by
standing up to walk his uphill battle. The crowd was stunned by the grueling
scene of what seemed impossible to someone who was severely injured less than a
year prior to the race. For Zach, this was one of many examples of his tenacity
and endurance. Since then, Zach has exemplified the warrior spirit by
taking full advantage of these amazing opportunities. After he completed the
marathon in 2008, Zach returned with three other Marines in 2009 to guide a
blind and double amputee through the Marine Corps Marathon. (Amazing photo above.)

On March 20, Hope For The Warriors® honored Zach with a Hope & Courage Award at our first Got Heart, Give Hope® Celebration in Dallas. His extraordinary
attitude leads him and his family to build on new experiences and passions.
Zach’s top priority is caring for his eight-year-old son, Elijah. He is also
newly married just this month. He competes on the Wounded Warrior Amputee
Softball Team nationwide and coaches his son’s baseball team. Zach’s life is an inspiration to how the human spirit can excel and discover limitless capabilities. 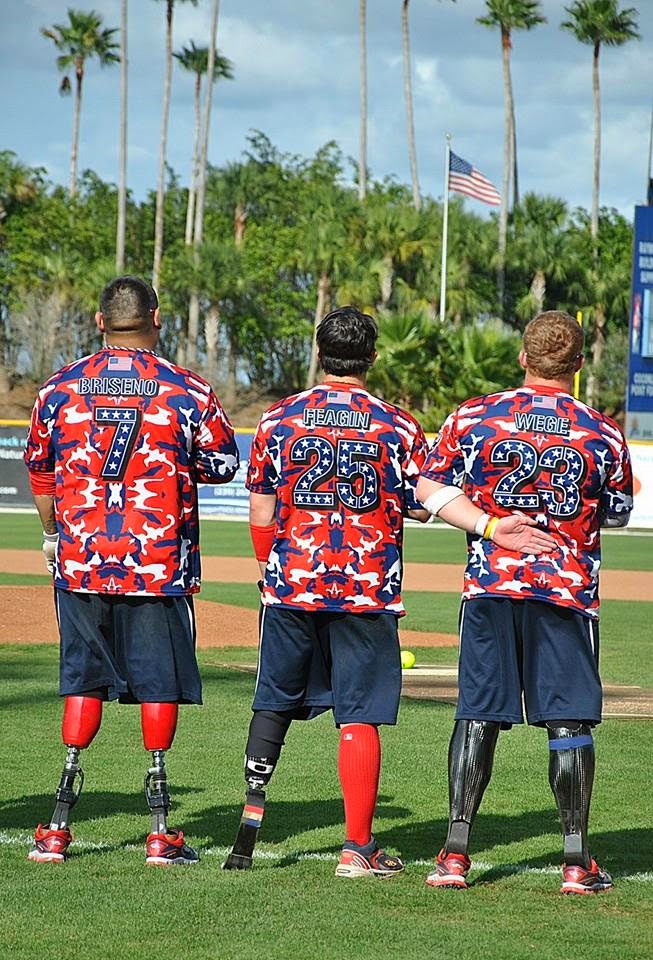