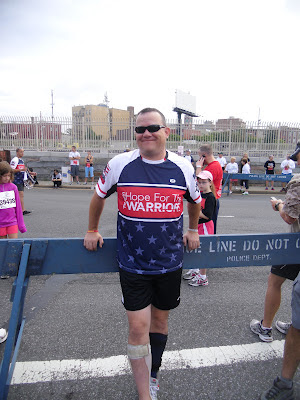 Jon has no regrets.

A native of Colorado, Jon enlisted in the Marine Corps after high school and served from 1993 – 1997.  Jon had served honorably and had moved on to a new life.

The events of 9/11 had a huge impact on Jon, as it did on many in our country.  Still, living in Colorado, it would have been easy for him to continue on with his new life.  And yet, it changed his entire outlook.  He reenlisted and deployed to Kuwait in January 2003. On March 23, enemy forces fired on his 5-ton truck.  Wounds sustained have led to lower leg paralysis and nerve damage.

Despite his injuries and his slow recovery, Jon has never regretted his decision to reenlist. He remains proud of each and every day of his service.

On Top of the Mountain

Jon has also never given up on new goals.  Always an avid skiier since childhood, Jon was reintroduced to the sport after his injury.  Today, he is the 2012 Standing Men’s Adaptive National Champion in both Downhill and Super Giant Slalom.  He was also named to the US Adaptive Alpine B Team.

When Jon is not speeding down a mountain, he is working hard to stay physically fit and continue his recovery.  He has utilized a handcycle for training in his off season and cycles 5 – 15 miles per day. 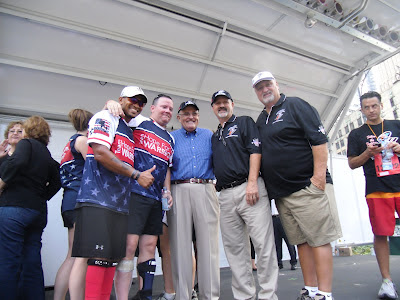 Jon has also never forgotten the impact of 9/11.  Last year, he joined Hope For The Warriors® at the Tunnel to Towers Race, a 5K run that remembers the path of a firefighter on the morning of 9/11.  Each year, members of Team Hope For The Warriors® start in the front of the race and lead the crowd through the Brooklyn Tunnel and towards the fallen towers.  The very front of the start are the handcyclists from the Team.  Each are a wounded service member who utilizes athletic goals as part of their rehabilitation.

Jon is not alone.  There are thousands of military members who have served and continue to serve this country.  In spite of their injuries and challenges, they do not regret their choice to defend our nation.  Hope For The Warriors® thanks each for their service and remains focused on restoring self, family and hope in each.

This year, Jon is returning to the Tunnel to Towers race.  His goal this year is to run the entire distance.  As a Marine, we have no doubt that he will meet this goal.