Service Member’s Journey Through Transition with Hope by His Side

Get the Latest Updates
FacebookTweetLinkedInPrintEmail
Brad McNamara enlisted in the Army at the age of 29 and was assigned to the 82nd Airborne Division as an Infantry Paratrooper. His military career has been his proudest accomplishment in his life so far. ‪Before Brad joined the Army he competed in NCAA Division III Athletics, playing both lacrosse and volleyball. Brad was the captain of the lacrosse team, which won a conference championship, and he served as the first lacrosse player delegate to join the NCAA Student-Athlete Leadership Forum. After his playing career Brad coached both high school and college lacrosse.
A combination of living in New York City on September 11, 2001, and seeking to jump-start a new career Brad joined the Army. “I was coaching as an assistant for a Division III school, but I felt this need to be a true citizen,” said Brad on his decision to serve his country.
After fulfilling his enlistment contract, Brad had a couple of surgeries from injuries he sustained, and decided to go back to school. In his pursuit to grow in his career, Brad met Hope For The Warriors® in 2009 at the Long Island Run For The Warriors®. Since then, he has been involved in Hope For The Warriors® Career Transition & Education program, which supports the career and educational goals of service members, veterans, and their family members. Brad said that Hope For The Warriors® Career Transition & Education program has, “made me more marketable, and more valuable with my present employment position. Whatever Hope is offering, it works if you set yourself an objective with realistic, manageable goals.” 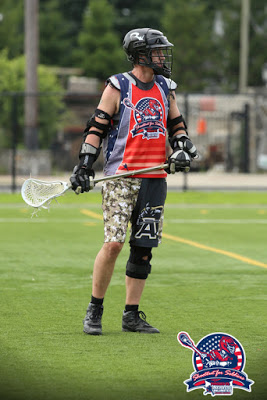