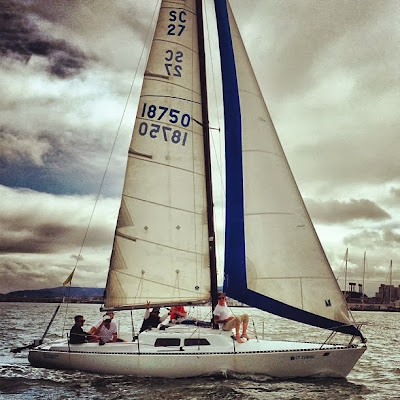 Once again taking place in San Francisco last week, Hope For The Warriors® conducted their
fourth wounded veteran sailing clinic over the past two years. Still in its
infancy, this program has evolved from a simple idea into one of our most
powerful programs. With the first clinic serving five veterans and focusing
mainly on sailing, it has evolved to this most recent clinic which served nine
veterans and consisted of sailing, yoga, pottery, music, nature hikes and more.
Arriving on Tuesday afternoon, the group traveled to Oakland for
an introductory meet and greet dinner. Bright and early Wednesday morning, the
vets all hopped on Tony Haworth’s 47-foot cruising sailboat Knot Tide Down and commuted to San
Francisco over the water. Once at the docks in San Francisco, half of the group
sailed small dinghies with BAADS (BayArea Association of Disabled Sailors), while the other half sailed the
47-footer across San Francisco Bay and back. The vets were ecstatic to sail
alongside the two America’s Cup finalists, who were out practicing. Back at the docks, the group traveled to The Pad yoga studios in San Francisco, where they
participated in an intensely powerful meditative yoga session with locally
renowned yogi Nicole Cronin. A survivor of a traumatic experience that resulted
in a broken back, she connected with the vets on a very personal level and
offered up wisdom that resonated with several of the still-healing vets. 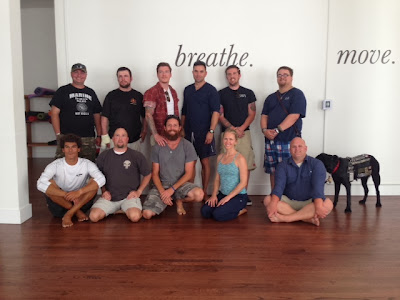 After a profoundly therapeutic experience, the group drove over
the Golden Gate Bridge and ate lunch at a scenic vista on the north side of the
Bridge. After lunch, the group went on a nature hike at Muir Woods National
Monument, enjoying the serenity and relaxation offered by the 1,200 year old
coastal Redwoods of California. 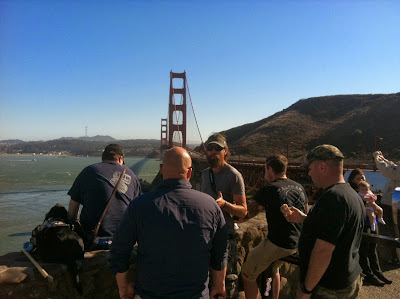 On Thursday, many of the vets again opted to commute over the
water, riding the San Francisco ferry to the clinic. While waiting for breeze,
the vets learned about sailing in a 1-hour classroom session before sailing
dinghies in McCovey Cove until lunch time. After lunch, the group again enjoyed
a beautiful day of sailing on the Bay, commuting home from the clinic via
47-foot sailboat. By the end of the sail, the group was working well as a team
and tacking and gybing the boat almost all the way home. 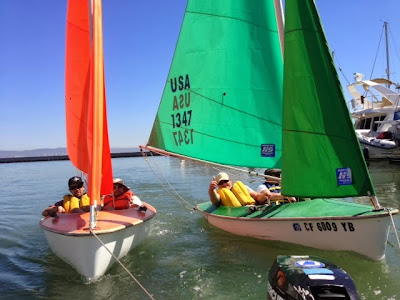 Thursday night, the vets enjoyed a catered dinner at Jered’s Pottery studio before
receiving a pottery class from Navy veteran and local potter Jered Nelson.
After the class, Berkeley’s own Horrible
String Band played bluegrass music while the vets had access to several
pottery wheels and could throw clay to the live music. With a couple hours of
practice and instruction, the vets created pots, bowls, mugs and plates,
despite a couple of the vets only having use of one hand. The guys loved it! 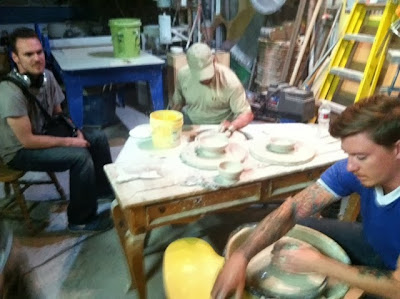 Friday morning’s first activity was a 45-minute outdoor yoga
session, led by instructor Leila Burrows , also of The Pad studios. This session was much more physical and
challenging than the day before, but intensely therapeutic. Once again sailing
until lunch, the group broke to watch live America’s Cup racing in San
Francisco. 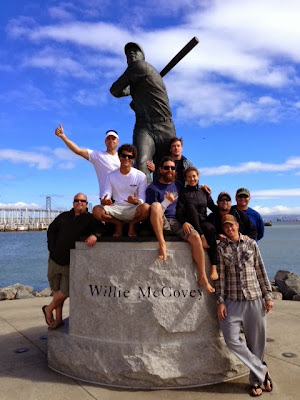 After lunch, the clinic split up into two groups and took out
matching Santa Cruz 27 sailboats, courtesy of Spinnaker Sailing. The group sailed up the city front, past New Zealand’s America’s Cup base and to
the Bay Bridge before turning back. The group had to fight a strong current
back to the harbor and then sailed laps around McCovey Cove. That evening, the
vets again had a catered dinner and then enjoyed a sunset sail on an 84-foot
charter vessel, again courtesy of Spinnaker
Sailing. 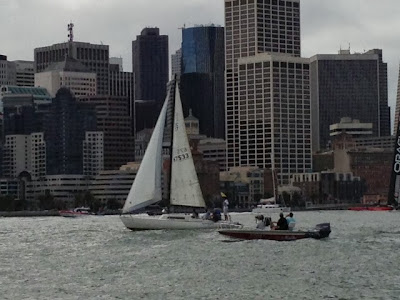 After the clinic, the feedback and energy emanating from the
group was overwhelmingly positive and profound. After a week full of new
experiences in an area like San Francisco Bay, the vet’s eyes were all wide
open. The stoke was high!
We are creating a different kind of buzz out here on the West
Coast, and it’s because of the way that the Bay Area has embraced these
veterans and this program. This clinic could not have taken place without the
support of the Commandary of St. Francis Order of St. John, Knights Hospitaller and the Cromar Charitable Supporting Organization. Hope For The Warriors® would also like to extend our deepest
gratitude to Drew Harper and Garrett Greengalgh of Spinnaker Sailing, all BAADS
volunteers, Tony Haworth,  Nicole Cronin and Leila Burrows of The Pad yoga studio, Jered Nelson
and Jered’s Pottery, members
of the Horrible String Band and all
of the family members and supporters who have helped make this program
possible. Finally, thank you to the Fisher House and their Hero Miles program.  Through this organization, our veterans were able to fly to San Francisco.
This program is a collaborative effort between three veterans;
Walt Kotecki, Don Gray and Ronnie Simpson. The program will continue moving
forward in 2013 with a renewed focus and some exciting new goals!
FacebookTweetLinkedInPrintEmail