Rumble to the Rockies

Rumble to the Rockies Fundraising Page

View photos from the road! 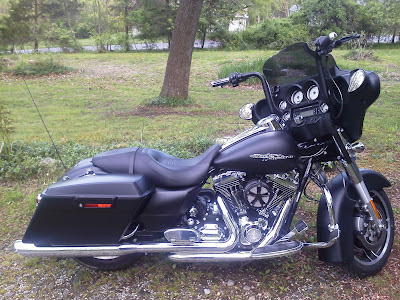 At the end of July, five members of the Fire Department of
New York (FDNY) will take off on a 2-week, 14-city, motorcycle ride in their
effort to raise funds and awareness for Hope For The Warriors®.  Due to their hard work and the support of
many, they expect to raise close to $15,000.

One of the men organizing the ride is Chris Walsh.  He is a member of the FDNY, a registered
nurse in an emergency room, an Iraq veteran, husband, and father of four
children.  Clearly this is a man with a
great deal on his plate and yet, focusing on our nation’s veterans and military
families is very important to him. 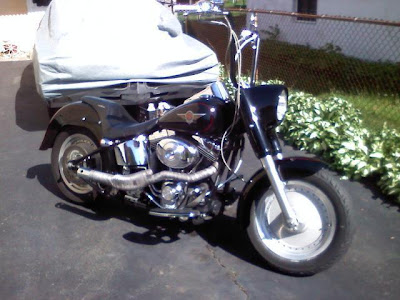 Chris was an officer in the Marine Corps from 1991 –
1995.  On 9/11, he had been working as a
fire fighter for nine months.  In 2002,
he received an offer to reactivate as a Marine.
With the memory of 9/11 forever fresh in his mind, he returned to the
Marine Corps and soon after deployed to Iraq.
After he returned and was discharged, he and fellow fire
fighters traveled to Washington, D.C. to visit wounded service members in the
medical centers.  As he spoke with them,
he listened to their stories, and learned what had happened to each of them.
He was speaking with a young Marine who had lost one of his
legs in Iraq.  As this man shared the
story of how he was injured, Chris realized that he knew exactly where this man
had been hurt.

“The streets that I had been driving down (while in Iraq)
were the same streets these guys were driving on when they were hit by an IED.  I was just lucky.”

That discovery gave Chris another reason to focus on helping
these wounded service members.  In spite
of his busy schedule, he knows that it could have been him wounded and in rehabilitation
at the hospital. 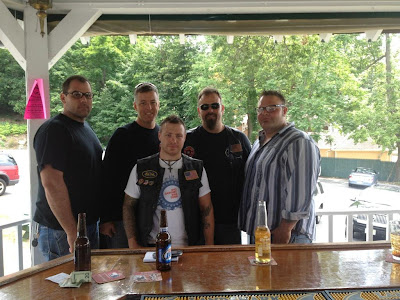 This crew of five have many years of service behind
them.  Chris, along with Jay, Matt, John and Kevin have all
worked as fire fighters.  Out of the
five, four are still active in the FDNY.
The fifth has retired due to injuries incurred on 9/11.  All are dedicated to supporting wounded
service members and military families.
They have worked hard to generate donations for Hope For The Warriors®
as well as donations to cover their expenses.

The group continues to receive donations for this trip.  They have free lodging for each stop along
the way.  Donations for food and gas have
also started to trickle in.  Their goal
is for all of the funds to be donated directly to Hope For The Warriors®.

The last stop before they return to New York City will be in
Washington, D.C.  The group is joining
Hope For The Warriors® for a BBQ at Walter Reed Military Medical Center.  Food and T-shirts will be provided by Café Rio.   T-shirts
will also be provide by the Rumble to the Rockies group and Hope For The
Warriors®.  The event will be a great way
for wounded and their families to take a break from the rigors of
rehabilitation.

There is no doubt that this night will be important to Chris
too.  He will once again talk to young
wounded service members and understand from personal experience the challenges
they faced during their deployments. 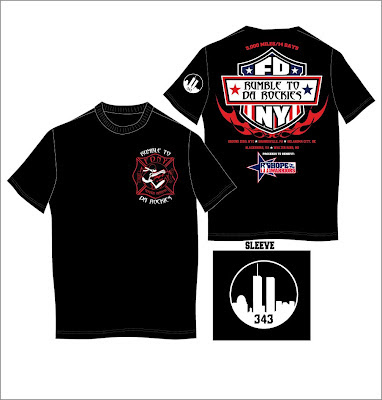 To raise funds for Hope For The Warriors®, the guys have
sold more than 675 T-shirts.  They are
also gearing up for one final huge fundraising party.  This Sunday, July 22, the group will hold a
Fundraising Party at Bourbon Street of Monroe in Monroe, NY.  There will be live music, food specials,
raffle prizes and more.  All of the
proceeds will benefit Hope For The Warriors®.
If you are interested in supporting this group or would like
to learn more, visit their fundraising page.
To contact Chris directly, email rumble2rockies@gmail.com.
FacebookTweetLinkedInPrintEmail