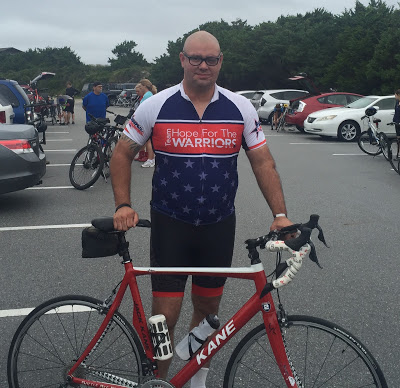 John enlisted in the Marine Corps in 2001 where he became a Motor Transportation Operator. In 2010, while on deployment, John was hit by an IED and sustained multiple injuries. Through his recovery process his strength, wit, support system, and athletic pursuits have helped him persevere, setting and accomplishing many new goals.
Cycling has been an important part of John’s rehab. Due to his injuries and loss of balance he started off riding a recumbent bicycle. However, with his continued focus on rehab and amazing support from his fellow Marines, he is now riding an upright bike. 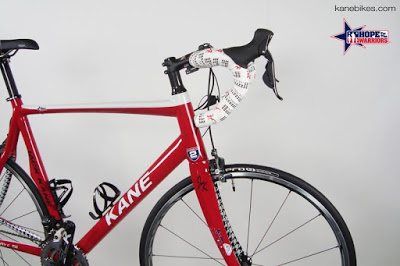 Riding an upright bike brought some new challenges and John needed a bike with a few unique specifications to meet his needs. Hope For The Warriors® worked with Jack Kane Custom Racing Bicycles to create a bike that would allow John some comfort while riding. John’s wrists and arms start to go numb after a short period of riding due to limited wrist mobility. This makes shifting gears difficult, so an electronic thumb shifter was added to his bike, along with a custom handlebar with extra tape to improve his riding experience. 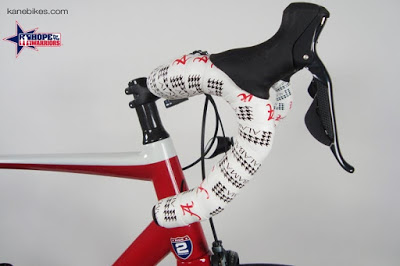 To complete John’s new ride, Hope For The Warriors® and Jack Kane Custom Racing Bicycles surprised him with a unique finish to the bike. John is a diehard Alabama fan so it was decided that the bike should have a paint job inspired by the school’s football helmet and Bear Bryant’s, Alabama’s football coach for 25 years who won six national championships, iconic houndstooth hat.
The white stripe on the top tube of the bike represents the stripe on the helmet while inside the front fork and rear chain there is the mark of the houndstooth pattern. Next was the handlebar tape, which features Alabama and their iconic “A” logo. Hope For The Warriors® had to get special permission from the school to use their logo on the tape, and John is the only one with this particular tape. 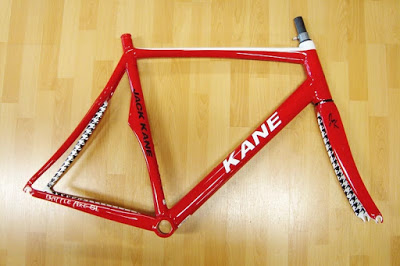 The tape is more than just an accessory to the bike. It serves as a symbol and reminder, not only to John but also to all service members, that Hope For The Warriors® will work relentlessly to meet their needs to show them that they are not alone in their recovery process. 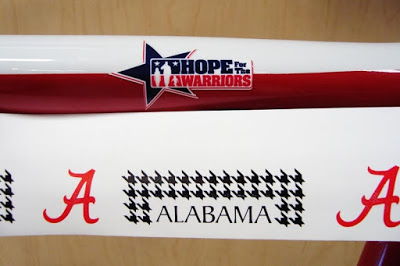 Hope For The Warriors® greatly appreciates all of John’s contributions to the organization, his dedication to supporting his fellow Marines, and his perseverance. Consider joining Hope For The Warriors® as we seek to give service members the opportunity to pursue and meet their athletic goals as part of their rehabilitation. Donate today!
FacebookTweetLinkedInPrintEmail