Ringing the NASDAQ Bell and Ringing in the New Year 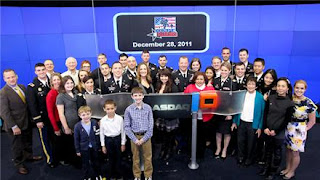 And as if that was not exciting enough, as part of the event, the Hope For The Warriors® logo was displayed on the Times Square jumbo screen-a privilege that would normally come with a hefty price tag. The logo was displayed for an hour, during the busiest tourist week of the year. 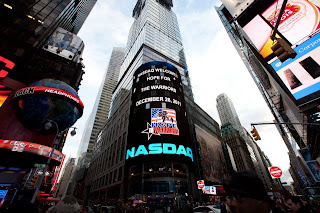 One of the service members who attended was wounded soldier Master Sgt. Kevin Walker, USA (Ret.).  Kevin and his family were in New York City as part of the Hope For The Warriors® Hope & Morale program. Kevin’s story is all too common, as he was injured in Iraq when his Humvee was hit by a roadside bomb. Since his injury, this Jefferson City, MO native and his family have overcome astounding trials and tribulations through his physical and emotional rehabilitation. 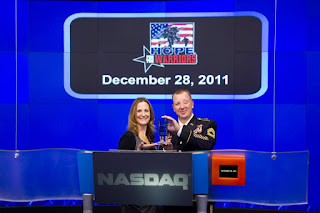 Kevin was given the honor of ringing the closing bell at the NASDAQ closing ceremony.  This was an amazing experience that he will never forget.  Read the News Story here.
A huge thank you goes to Christopher Page.  Chris is a Vice President at Citi Group and works as the Citi Military Programs Manager.  Chris is also on our Advisory Council and an avid volunteer and supporter of our organization. 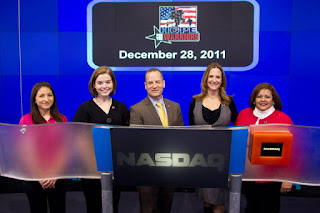 Ringing In the New Year
On December 31, 2011, several families joined Hope For The Warriors® to ring in the New Year in Times Square.  For many, this was a once in a lifetime experience and we were proud to host these heroes and their families. 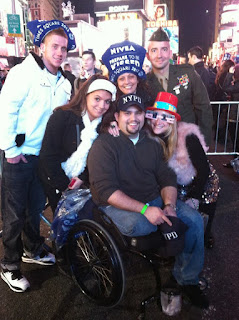