UNION, N.J. – The fifth annual Riding For Warriors recently wrapped its 15-day motorcycle journey raising more than $25,000 for Hope For The Warriors and its Warrior’s Wish program. 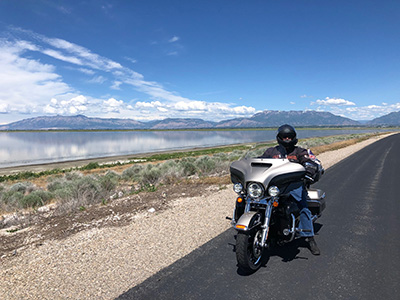 Celebrating 12 years of service, Hope For The Warriors is a national nonprofit dedicated to restoring a sense of self, family, and hope for veterans, service members and military families.

Through one of its first established program, Warrior’s Wish, Hope For The Warriors fulfills a desire for a better quality-of-life or supports a quest for gratifying endeavors for those who have sustained physical and psychological wounds in the line of duty.

For the fifth year, the ride was led by Air Force veteran Michael Nehlsen, with his daughter riding along, and sponsored by Union, New Jersey-based Hillmann Consulting.

“Despite having to reroute several times due to inclement weather, this year’s journey covered approximately 4,000 miles, across 13 states, said Nehlsen. “We met a lot of veterans, friends of Hope For The Warriors, and motorcycle enthusiasts along the way, which is always one of the most interesting and rewarding parts of this journey. It’s an honor to be able to give back and I’m thankful to everyone who has donated and supported this cause.

“Here at Hillmann, we are just so grateful to be able to support our veterans in this way,” he added.

“The Warrior’s Wish program was one of our first established programs,” said Robin Kelleher, co-founder and president/CEO of Hope For The Warriors. “It’s an honor to have Michael’s continued support to this program and Hope For The Warriors, as he travels across the county each year raising funds and spreading awareness for his fellow veterans.”

For more information on Hope For The Warriors or its Warriors Wish program, visit hopeforthewarriors.org,  Facebook or Twitter.

Founded in 2006, Hope For The Warriors is a national nonprofit dedicated to restoring a sense of self, family and hope for post 9/11 veterans, service members and military families. Since its inception, Hope For The Warriors has served more than 19,000 through a variety of support programs focused on transition services, clinical health and wellness, sports and recreation and community development and engagement. The nonprofit’s first program, Warrior’s Wish, has granted more than 180 wishes to fulfill a desire for a better quality of life or support a quest for gratifying endeavors. In addition, Run For The Warriors has captured the hearts of more than 23,500 since 2010. For more information, visit hopeforthewarriors.org, Facebook or Twitter.