Friendships made in high school and college often
create life-long friendships. Adam Fujita and Julian Brennan spent their academy days as close friends, and their bond continued after graduation. 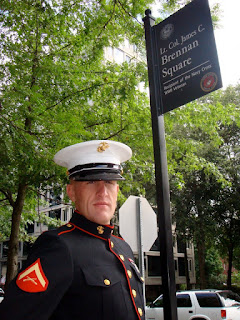 LCpl. Julian Brennan,
a graduate of the American Academy of Dramatic Arts, found his niche in theater
and the arts growing up. After graduating AADA, however, he followed what he
felt to be his true calling into the Marine Corps. His family’s tradition of
service, highlighted by his grandfather who fought in WWII, led this Brooklyn
boy to enlist. On January 24, Julian became the second New Yorker to die in
2009; he was killed by a roadside bomb. 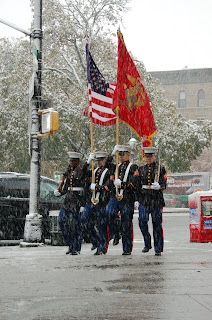 While a street in Park
Slope, NY was named for this hero, Adam is taking a more “active” approach
at honoring this Marine. 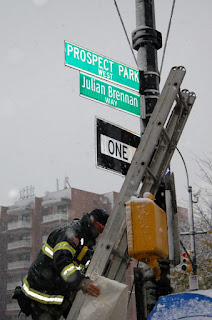 This year, Adam will be joining
Team Hope For The Warriors® in memory of his friend, Julian. As any athlete will most
assuredly tell you, a race or event means much more when it is in honor of
someone, or something, apart from self.
Sunday May 6 marks the second year
of Team Hope For The Warriors® participation in the TD Bank Five Boro Bike Tour in New York, New York. Team Hope For
The Warriors® is a group of competitive athletes who raise funds by
participating in events throughout the country.
The Team
will join more than 32,000 cyclists across 42 miles of car-free roads
throughout the five boroughs of New York City.
The race begins in lower Manhattan and riders pedal through the heart of
Manhattan, into Central Park, past historic Harlem and into the Bronx, Queens
and Brooklyn.  Adam will ride past many
locations that will no doubt, remind him of his friend. 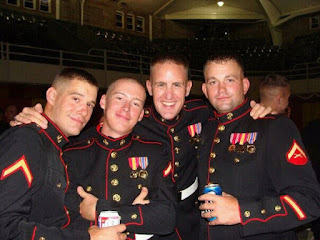 Many competitors find this to be
a true way to honor a fallen friend or family member—giving their blood, sweat
and time in memory of the sacrifices of others.

Thank you Adam for this
meaningful tribute.
Facebook0Tweet0LinkedIn0Print0Email0