“I’m neither psycho nor mentally weak, and I don’t need some shrink telling me about my feelings or solving my problems!”  I vividly remember uttering these words four years ago to my now ex-wife, as my emotions and life were drowning in a vast body of water without a life preserver to stay afloat.  If I knew then what I know now, I would have spared myself months of emotional and mental turmoil.  Four years ago, I believed only the mentally ill or mentally weak required help.  I now know and believe everyone can benefit from working with a mental health professional.  I gained this insight while personally working with two counselors over the last four years.  The experience has changed my life, inspiring me to change the stigma associated with mental health services. 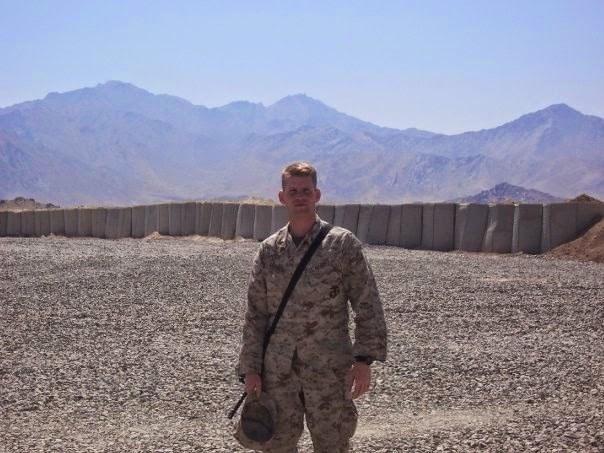 I understand why many people, in particular service members and veterans, struggle to ask for help—our society and the military culture teach us to be tough, to show no weakness, and to hide our feelings and mask our pain.  Society views those who seek help as unstable, undependable, or even crazy.  Unfortunately, this fear of being labeled leads many to rely on unproductive, and perhaps, damaging ways of coping with mental and emotional stress, such as alcohol and substance abuse, destructive behavior, and many other counterproductive coping mechanisms.  Many end up living empty lives lost in the confusion of darkness and pain rather than suffer the stigma associated with receiving mental health services.  In honor of Mental Health Awareness Month, I hope my story may enlighten others in similar situations and provide encouragement to seek help instead of resorting to harmful ways to hide or avoid pain and suffering.

Prior to 2010, I considered my life a successful one —I graduated college with honors, had a successful career as a Marine Corps officer (to include a combat deployment to Afghanistan), achieved career and financial success as a civilian, and had a loving family with two beautiful children.  I thrived and was most comfortable in fast-paced, high-stress environments.  I was confident that I could handle anything and solve any problem, personal or professional.  Failure was not a part of my life until I was confronted with a problem I could not solve. 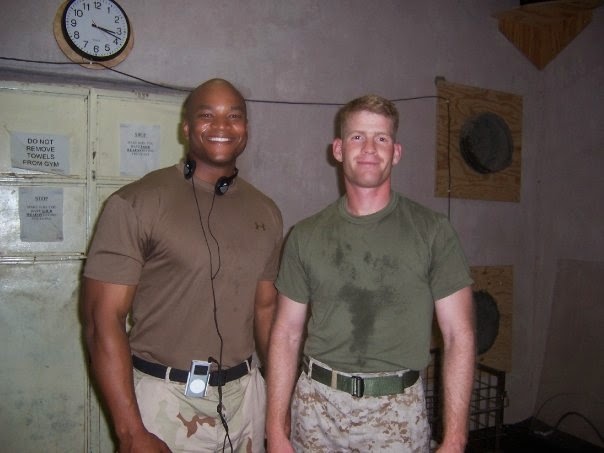 In the summer of 2010, I began to sense something was wrong with my relationship with my wife.  The affection was gone, we only talked about what needed to be done to manage our household and children; our relationship was more business than romantic.  We were traveling in different directions—we had different friends, different interests, and different priorities.  I reached out and asked her to find ways to reconnect and make our relationship a priority.  She agreed, but it never came to fruition.  I attacked our problems head on, as I would attack any problem.  She avoided them and resorted to passive aggression as a way to undermine my attempts to fix whatever had gone wrong with us.  I developed anxiety, feelings of desperation, and suffered emotional and mental anguish, all of which were foreign and unclear to me.  This can be immensely difficult for a type-A personality—I could not control the actions or feelings of another person, and it was becoming difficult to control my own.  I experienced sporadic and unpredictable bursts of anger, sadness, and frustration, causing more problems within our relationship.

Then, one Saturday morning, a text message came through to my wife’s phone reading, “good morning sweetheart.”  My wife explained the message by stating it was a friend playing a joke.  I did not sleep for the next couple of days, as I was questioning whether or not to believe her.  I checked the phone records and discovered hundreds of messages from the same number in a short span of time.

Everything happened so fast; I did not know who to trust, and could not process or regulate my emotions.  My instincts told me she was having an affair, but my wife—the person who had promised me trust, love, and loyalty—was denying it.  I began to question myself, which exasperated my stress, causing me to be hyper vigilant and defensive.  I started feeling crazy and alone.  I coped by drinking more and lashing out in anger; I did not sleep and was often sick.  I was not eating and was always nauseated.  Within a month, I lost 40lbs, missed work, and became unfocused and paranoid.  I did not respond to my friends’ phone calls, and I shut myself off from the world.  My behavior was erratic and risky; I was on a path to self-destruction.   I was also angry with myself for what I perceived as a weak response.  I had never imagined my life could be so out-of-control.  I had been in many stressful environments and had always maintained my composure.  I was disappointed in my behavior, but could not change.  On my wife’s birthday, three months into my depression, I had a party for her.  I had too much to drink and caused a major scene, ruining her birthday and frightening most of the guests, including her mother.  This was the turning point for me—I needed help. 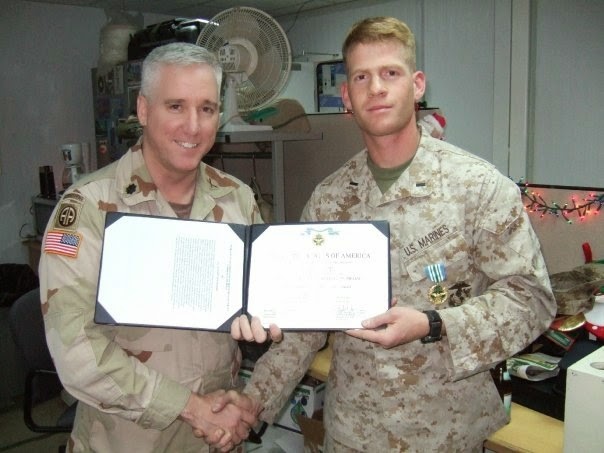 I sought individual counseling as a last resort.  Luckily, I realized that if I could not regulate my emotions or mental state, I risked destroying my career or hurting myself or someone else.  I was already on anti-depressants and anti-anxiety medication, which provided no relief.  What did provide relief were my counselors.  It was a hard decision to ask for professional help, considering my feelings towards the mental health profession and my own fear of being labeled or shunned.  But I can now admit that these sentiments and fears were completely wrong, and frankly, ill-informed and stupid.  Throughout the rest of 2010 and all of 2011, I saw two counselors—one at work and one in the private sector—often, twice a week. I credit these two women with saving my life.

Through my counseling sessions, I gained insight into my behavior, accepted my role in the destruction of my relationship, and learned constructive techniques to cope with the emotional and mental pain and to adjust to the loss of my family and the drastic changes that followed.  I found a renewed confidence in my ability to endure future emotional stress, and these sessions also offered me a chance to review my life and discover new meaning and purpose.  Prior to seeking help from a professional, I genuinely believed I was mentally and emotionally weak and on the verge of losing control, which was almost as difficult for me to comprehend as losing my family, and this belief was a major contributor to my emotional and mental state.  However, what I learned through counseling was that my reaction was a natural response, which often manifests when confronted with loss or other traumatic experiences; it is called emotional intensity.  Emotional intensity or dysregulation often occurs with significant relationship loss, such as infidelity, physical or psychological trauma, traumatic loss, and even medically retiring from the military—a career one had hoped would be life-long.  This understanding allowed me to view my emotions and feelings within context, giving me perspective into my emotional and mental response.  This simple realization was the catalyst that enabled my recovery and established a sense of normalcy. 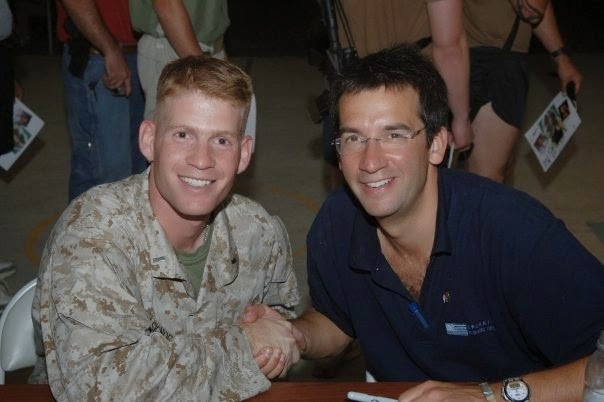 I am now working on a master’s in social work, and I make it a point to reach out to others who might be struggling emotionally.  I feel obligated to share my story, knowing there are many people who share the same negative attitude and fears that I once had, especially military active duty members, veterans, and men in general.  Much work still needs to be done to remove the stigma and negative labels associated with mental health services.  It shouldn’t be so hard to accept.  If we have physical pain, we see a physician.  If we have tooth pain, we see a dentist.  Do we think we are immune from suffering emotional and mental pain?  We are often encouraged to receive annual physicals to ensure we are healthy.  Why should we not receive annual mental health check-ups to ensure we are mentally and emotionally healthy?  I would argue that we all should treat our mental and emotional health the same as we treat our physical health.  We all have problems and struggles that affect our emotional and mental well-being, and we could all benefit from occasionally speaking with a mental health professional.

Even though I have been out of the Corps for eight years, I still do my best to live by the Marine Corps Leadership Traits and Principles.  My favorite principle is “know yourself and seek self-improvement.”  Working with a professional is the best way to fulfill this principle and evaluate and improve one’s strengths and weaknesses.  You are not weak if you ask for help; it requires more courage, strength, and self-knowledge than the alternative.