MORE THAN 6,000 VETERANS, SERVICE MEMBERS AND MILITARY FAMILIES SERVED BY HOPE FOR THE WARRIORS IN 2017 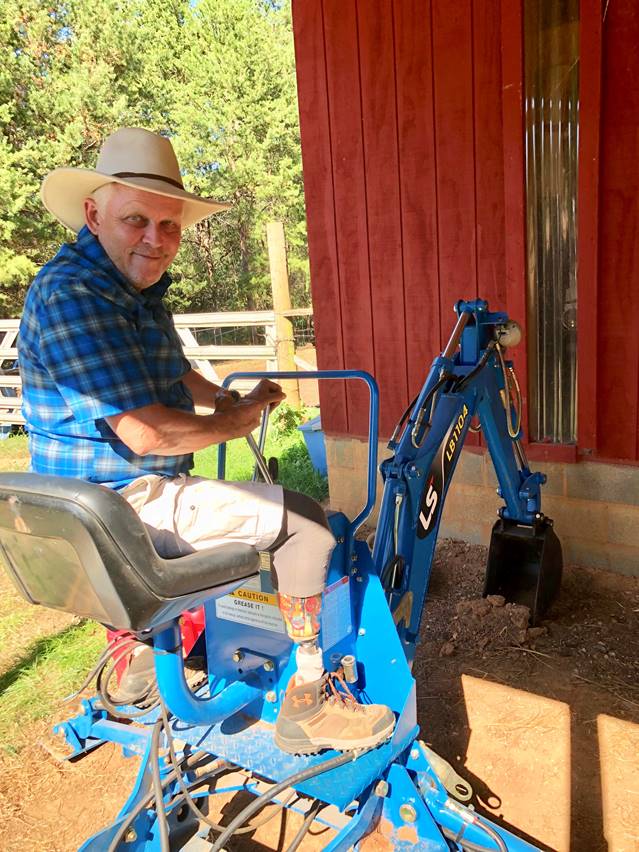 Tennessee-based Army Captain Michael Trost received A Warrior’s Wish of a backhoe from Hope For The Warriors to aid in his expanding hops farm business.

SPRINGFIELD, Va. (Feb. 15, 2018) –For more than 11 years, Hope For The Warriors® has been dedicated to restoring a sense of self, family and hope for veterans, service members and military families and in 2017 assisted 6,017 warriors. Of those served, 71 percent were veterans, 24 percent were family members/caregivers and five percent active-duty.

Hope For The Warriors assists veterans, service members and military families with a variety of programming including transition services, clinical health and wellness, sports and recreation. During 2017, 10,978 services were provided through these programs.

One of its first programs, A Warrior’s Wish, fulfills a desire for a better quality of life or supports a quest for gratifying endeavors for those who have sustained severe physical and psychological wounds in the line of duty.

In 2017, Hope For the Warriors granted 13 wishes to military members across the United States, valued at $82,890.07. Since the program’s inception, 180 wishes have been granted totaling more than $1 million.

Tennessee-based Army Captain Michael Trost was a 2017 A Warrior’s Wish® recipient of a backhoe to aid in his expanding hops farm. Beyond granting his Wish, Hope For The Warriors took into consideration Trost’s long-term career goals and connected him to a brewing industry mentor through one of its partners. The wish and connections has profoundly impacted him and his business.

“Thanks to Hope For The Warriors, the backhoe I received has further propelled my dream of becoming a commercial hops farmer,” said Trost. “Although I have some limitations, I now live my life by the following motto, ‘It’s not what you don’t have it’s what you do with what you do have.’”

Founded in 2006 aboard Camp Lejeune military base in North Carolina, the national nonprofit has continued to expand its services from coast to coast. Today, Hope For The Warriors has 68 staff members in 15 states and has assisted military members of all branches of service in 50 states.

“Hope For The Warriors began by grassroots efforts by military wives in North Carolina,” said Robin Kelleher, co-founder, president and CEO of Hope For The Warriors. “Today, we are extremely proud of how the organization has grown into a nationwide nonprofit assisting veterans, service members and military families in all 50 states.

“Through all of our growth, the one thing that remains the same is the trust we provide to our clients and donors. Our 4-star Charity Navigator rating over the last seven years demonstrates to our supporters our good governance and financial accountability,” added Kelleher.

Founded in 2006, Hope For The Warriors is a national nonprofit dedicated to restoring a sense of self, family and hope for post 9/11 veterans, service members and military families. Since its inception, Hope For The Warriors has served more than 19,000 through a variety of support programs focused on transition services, clinical health and wellness, sports and recreation and community development and engagement. The nonprofit’s first program, A Warrior’s Wish, has granted 180 wishes to fulfill a desire for a better quality of life or support a quest for gratifying endeavors. In addition, Run For The Warriors has captured the hearts of more than 23,500 since 2010. For more information, visit hopeforthewarriors.org,Facebook or Twitter.           ###