April is Month of the Military Child, but every month Hope For The Warriors® programs focus on restoring self, family, and hope to the entire military family. Today’s story focuses on Mila, a military child, and her strong, loving family. 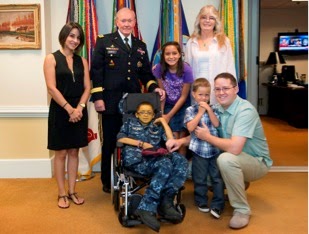 Hope For The Warriors® granted A Warrior’s Wish® to Mila’s family this past fall. Mila had been fighting an illness for more than four years and her only Wish was to visit Washington, D.C., tour the White House, and meet the Obamas. Mila’s father attributes her fascination with President Obama to his inauguration in January 2009, when she and her classmates watched him sworn in on television. Mila’s generation has grown up with his unprecedented election.

In 2009, when she was just four years old, Mila was diagnosed with neuroblastoma, a rare cancer of the nervous system. With support from their tightknit Navy community, neighbors, and friends, her family faced Mila’s battle head on.

With great courage, the family recognized that Mila’s time was limited and they turned to Hope For The Warriors®. We put the final pieces in place to fly Mila and her family to Washington, D.C. in early September, working in collaboration with the Fisher House Foundation and Suite Solutions. 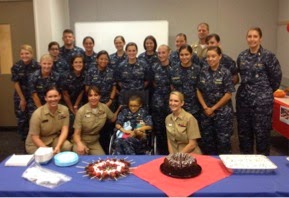 Mila and her family were greeted at the Reagan National Airport by a Hope For
The Warriors® staff member. When they arrived at their luxury apartment, Hope For The Warriors® staff had already filled the refrigerator and cupboards with food for the week
and a welcome basket with gifts for the family.
Prior to the family’s trip to D.C., Mila’s physicians and care team in
San Diego scheduled a check-up appointment at the Children’s National Hospital
right down the street from the family’s apartment in Washington, D.C. and Hope For The Warriors® staff members drove Mila and her father to her hospital visit. 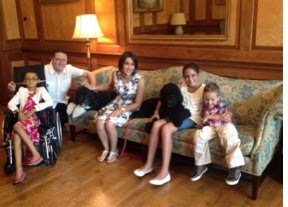 The family toured the White House on September 5. Although they could not meet the President and Mrs. Obama, Mila and her siblings played with the Obama’s dogs, Bo and Sunny. The dogs entertained the family while Mila read aloud a personal letter from the First Lady, commending her courage and spirit. The next day, they toured the city, including a tour of the Pentagon and even met with the Chairman of the Joint Chiefs of Staff, General Martin Dempsey, USA.

Just two weeks later, Mila passed away with her beloved family and friends by her side. Her young spirit will forever touch those who knew her and those who hear her story. 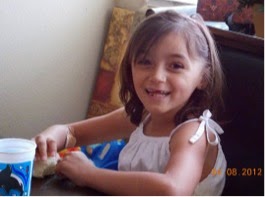 Hope For The Warriors® wanted this trip to be meaningful for young
Mila, but we especially wanted her family to have a lasting memory of
Mila and her dream come true. We were honored to give Mila and her family
this final Wish as a way of spending special, memorable time together. As we remember Mila’s life and celebrate her remarkable strength, we know her family will hold the memory of this trip close to their hearts forever.
FacebookTweetLinkedInPrintEmail