In 2005, a Marine Reserve Unit, 3rd Battalion 25th Marines deployed to Iraq.  They lost 48 of their brothers throughout that deployment.  In 2010, three of the Marines that served with those lost created the Memorial 100 to honor those lost.  The event became a relay run for the Memorial Day Weekend in an effort to “interrupt” the holiday weekend and remind people that Memorial Day was set to remember those lost.

For the first two years, the relay was held in Virginia, beginning at the Virginia War Memorial in Richmond and ending at the Iwo Jima Memorial in Washington D.C.  From point-to-point, the course was 106 miles, broken apart by several different runners.  Each leg was run by two people, one carrying the American Flag, the second carrying the Hope For The Warriors® flag.  In 2011, they also raised funds for Hope For The Warriors®.

This year, the location was changed to New York.  Relay participants started at Orient Point, NY and the relay moved 100 miles west, ending at Ground Zero. 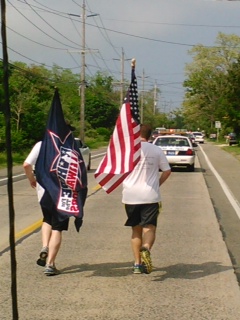 The Memorial 100 Run was a perfect fit for the people of Long Island and New York.  Residents lined the street, cheered for the runners and honored those lost.  As one participant shared, it was a life-changing event. 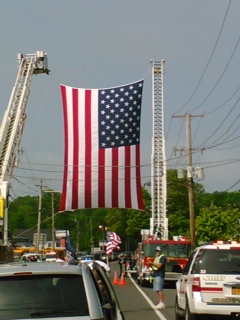 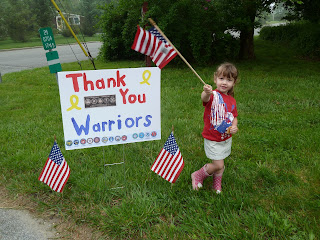 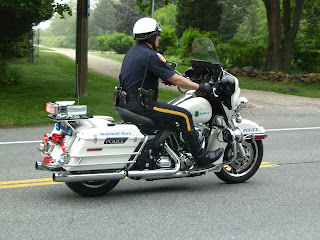 The entire group arrived at Ground Zero on Sunday morning and were joined by many first-responders.  It is easy to understand the respect each group–military, fire and police departments–share for each other.  All serve in spite of the risk to their personal safety and all have lost friends in the line of duty.
One highly respected man that the group thanked was FDNY Captain John Vigiano.  Captain Vigiano lost two sons on 9/11, one who was with the FDNY and the other NYPD.  Since that time, Captain Vigiano and his wife have dedicated their time and efforts to supporting not only first responders in New York but also wounded service members and military families.  He has given overwhelming support to Hope For The Warriors®. 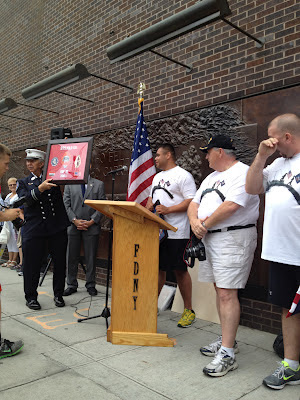 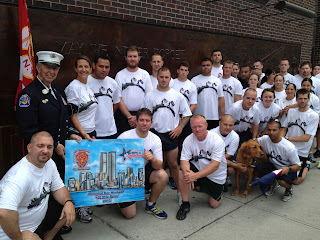 Thank you to everyone that participated in the Memorial 100.  Thank you to those that ran, those that volunteered their time, those that donated and those that cheered.  This was truly an event that honored our fallen service members.