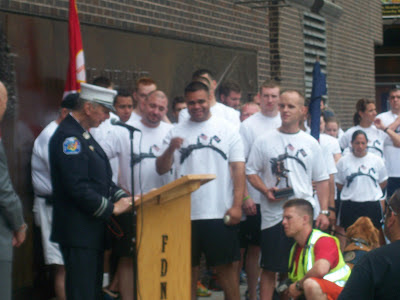 On Saturday,
May 25, a group of service members, veterans and first responders will start at
the tip of Long Island and run in pairs until they reach Ground Zero the next
day. Along the way, a member of each pair will carry a flag, the American flag
and a Hope For The Warriors® flag.

The Memorial 100 was organized by three Marines who deployed with 3rd Battalion
25th Marine Regiment to Iraq in 2005. Their battalion was tasked with training
the Iraqi Security Forces and conducting stability and security operations in
and around the cities of Iraq’s Al Anbar province. The unit lost 46 Marines and
2 Sailors during the course of the six month deployment, making it one of the
largest unit sacrifices in the war.

This is the fourth year that the Memorial 100 will be run over Memorial Day Weekend.  Last year, one of the organizers shared his experience with the group.  This Marine was deployed with 3rd Battalion 25th Marine Regiment. 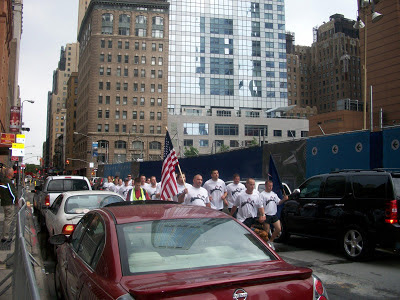 “I can’t
describe the feelings that I felt during the process of the run and how humbled
I am to be part of such a run. I spent my youth in Managua,
Nicaragua under the shadow of a communist government in the late 80’s and
early 90’s. I can tell you that in Nicaragua, you could not take a group of 30
Marines and march 100 miles down the road.
You could not march with your national colors and show what freedom
stands for. As a matter of fact, I recall a young child getting shot and killed
for protesting against the government while holding the national flag. I walked
most of my youth in fear until my family arrived to New York; from that
point on, I understood what freedom was and who made that possible.”
“For years I
have heard that New Yorkers are rude and mean and tourists complain about us
being unpleasant. Today I can’t wait to hear those comments again. I can stand
up and talk to them about a city that stood together for each other when we
really needed it. I can’t wait to speak on behalf of a city that honors its
heroes from coast to coast. The bottom line is that no one needs to understand
New Yorkers.  We understand and respect each
other and we proved that this Memorial Day weekend.”
“Thank you
for stepping up and impacting my life and making this event a dream come true.
As a Marine, I have seen the world and have been impacted by great things, but
this tops them all. To the whole city of New York, God Bless You and I
look forward to coming home again.” 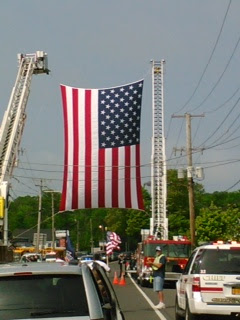 Learn more about the Memorial 100