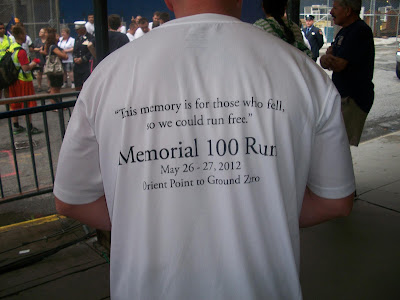 What are your
plans for this Memorial Day Weekend?  A
backyard BBQ, a pool party, maybe catching a movie?

But wait,
Memorial Day was established so that we remember the men and women who have
died while serving our country.  What will
you do to honor Memorial Day?

If you live
in New York City or Long Island, you have the opportunity to be a part of an
event that will honor and remember those who made the ultimate sacrifice.

On Saturday,
May 25, a group of service members, veterans and first responders will start at
the tip of Long Island and run in pairs until they reach Ground Zero the next
day.  Along the way, a member of each
pair will carry a flag, the American flag and a Hope For The Warriors® flag.

The Memorial
100 was organized by three Marines who deployed with 3rd Battalion 25th Marine
Regiment to Iraq in 2005. Their battalion was tasked with training the Iraqi
Security Forces and conducting stability and security operations in and around
the cities of Iraq’s Al Anbar province.
The unit lost 46 Marines and 2 Sailors during the course of the six
month deployment, making it one of the largest unit sacrifices in the war.

We invite
everyone to join us along the relay route.
At times, our runners will be tired and will appreciate the
encouragement and the support. But they are running more than 24 hours to bring
attention to their fellow brothers who have been lost along the way.

And for those
that join us, the experience will be unforgettable.

Last year,
one sister of a fallen firefighter joined our group for the run.  At the last moment, she decided to bring her
brother’s dog tags with her. Her brother, Orio, died on 9/11 and was part of FDNY
343. She shares her experience: 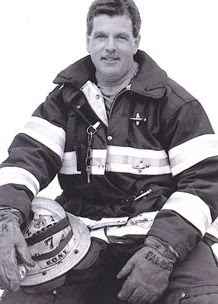 “I was a
little hesitant the day of the run to bring the dog tag with me. I had never
removed it from the Memorial space I have in my basement for Orio since I
received it in 2007. It was hanging from a picture on the wall. As I walked
past it that morning I felt the need to wear it. Maybe it was because the
military wear the dog tags.”

“After being
so moved by the run that you and your fellow Marines ran and the emotion I felt
towards all those you also lost in this war, I feel that we are all connected
by six degrees of separation, I just grabbed it off my neck as we were leaving
and felt I had to give to you guys. I wanted you to know that there are
‘343’ angels looking over you. I also feel it is a way of healing for
me as I try to retell the story of my brother.”


“Orio will
never be forgotten as well as all those brave men we have lost in this war. I
promise to NEVER FORGET. Please stay safe and know that my thoughts and prayers
are always with you guys.”

Most
importantly, if you live in New York or Long Island, please plan your spot
along the relay route.  For Memorial Day,
plan time to honor those who have made the ultimate sacrifice. 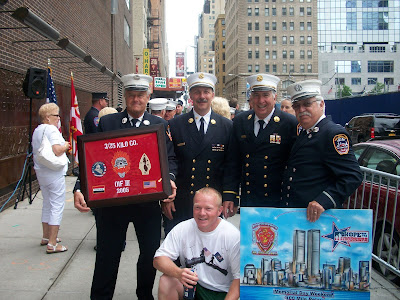 Learn more about the Memorial 100 Run and Donate

Donate Today to Hope For The Warriors®

View the route for the Memorial 100 and plan your spot now!