Make a House a Home

On Easter Sunday 2009, Army Specialist Brendan Marrocco’s vehicle took a direct hit by an explosive fired projectile.  Against all odds, Brendan survived and became the first quadruple amputee from the war to survive.  Marrocco is from Staten Island and planned to return as soon as he could leave the medical facility.  The Siller family and the Tunnel to Towers Foundation, also based in New York City, stepped up to build a home for their hero.

Hope For The Warriors® quickly agreed to help by furnishing the home.  The work was part of our program A Warrior’s Wish® and we titled the Wish, Make a House a Home.  Brendan’s home was completed in June 2011.

Since that time, the Siller family has continued to build homes for the most severely wounded and Hope For The Warriors® has continued to support this program.  In 2013, we have commitment to supporting five homes at an amount of up to $50,000 per home.

Homes for 2013 were announced at a press conference held in Tampa on Wednesday, February 13.  We attended, excited to meet the men in person.  In addition to being a part of their homes, we have helped some through other programs such as Critical Care Coordination, granting a Wish by donating a bed, Hope & Morale events, and more. 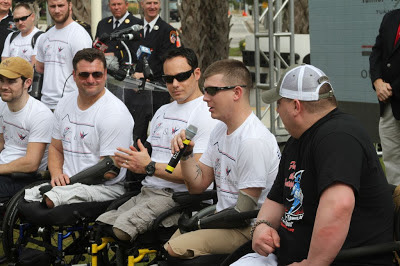 Beyond Make a House a Home, Hope For The Warriors® will continue to assist through our ten other programs.  A new home is just the start of our relationship as we aim to restore self, family and hope for each military family.

Learn more about A Warrior’s Wish®