Losing and Loving It–Run For The Warriors® 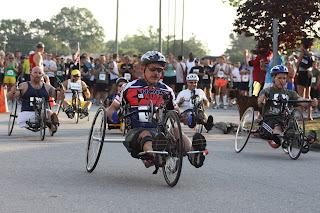 I am an average runner.  I run approximately 25 miles per week and I finish my races at a respectable time.  I never win–and only get an age group award in the smaller races.  However, like most runners, I still don’t like being passed during a race.  I know it will happen–it does in every race.  But it doesn’t mean that I have to like it.

There is one exception however.  In May 2010, I flew to North Carolina to work and participate in the Run For The Warriors® in Jacksonville.  This nationwide race series began in Jacksonville and the race there has grown each year.  That year, I decided to run the 10K. 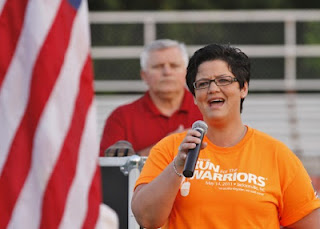 I have highlighted this race before in this blog so many of you know something about the event.  It begins with a ceremony, honoring those that have been wounded and fallen.  The ceremony is the perfect start to this important event.  No matter where the race is held, it gives the local community the opportunity to honor those that have sacrificed so much. 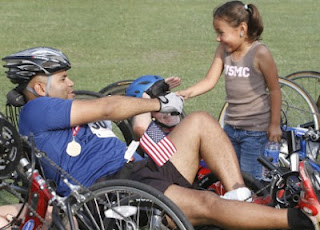 And then the race begins.  In Jacksonville, we have a large group of handcyclists that begin the race. They speed through the race course at speeds that no one on foot could keep up with.  Side note–do you know anyone that has ever won the Boston Marathon?  We do!  One of our Team members, a wounded veteran, won in the handcycle division in 2011.  Too cool! 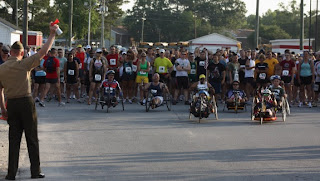 Along with the handcyclists, many wounded service members participate in the race on foot.  And this is when I was glad to be passed.

On that day in May 2010, I was running with my coworker Sarah.  It was hot, humid and I was not having very much fun.  I had run a 10K only two weeks before and had a great race.  The race that day was not going as well.  Less than half way through, we were passed by one of our wounded.  He was running, uneffected by the heat, with a prosthetic in place of his left leg. 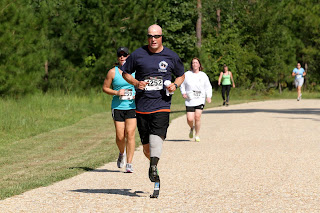 This is why I love the Run For The Warriors®.  Among those participating are families, friends, community members and most importantly, our service members.  I was glad to be passed by this young Marine that day and proud of his achievement. 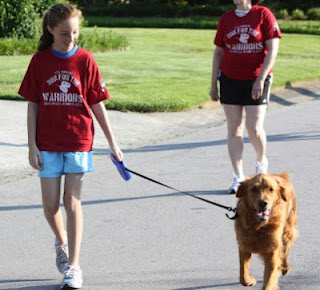 As I said before, this race is now a nationwide series and we have several races slated in 2012.  To see a complete listing, visit our race page.  We are already accepting early registrations for two of these races, one in Secaucus, New Jersey and in Jacksonville.  Soon our race in Manhattan will be open too. 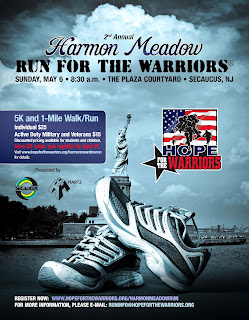 If there is no race near you, we still encourage you to participate by donating to someone who is raising funds for their race.  You can find people by going to the registration page for each race.  All funds raised will benefit the military families that we assist.  We hope to see all of you there! 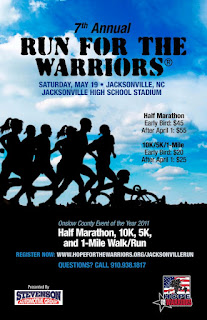