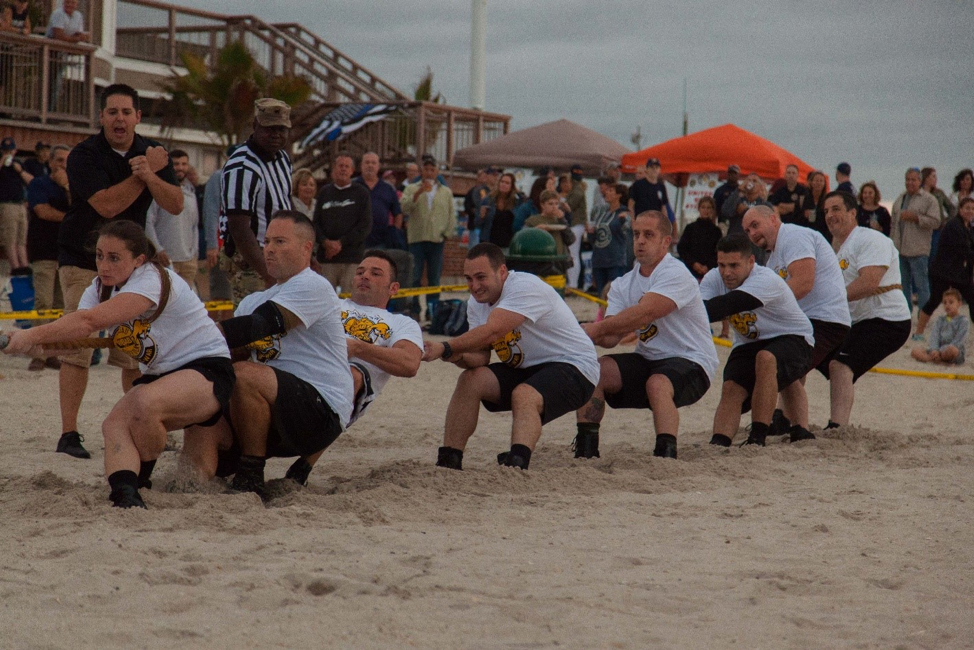 LONG ISLAND, N.Y. – WBAB will host the 12th Annual Long Island Police Tug-Of-War Championship, Friday, August 23rd at Jones Beach, Field 4. Beginning at 6:30 p.m., this is the only event on Long Island that brings together law enforcement officials from Nassau and Suffolk counties with the goal of raising funds and awareness for veterans, service members and military families through Hope For The Warriors.

Hope For The Warriors is a national nonprofit that assists veterans, service members and military families with a variety of programming including clinical health and wellness, sports and recreation and transition services.

“We’re honored, to once again, work with WBAB in supporting the local veteran community by bringing awareness to the challenges faced by military families,” said Janell Newkirk, director of development for Hope For The Warriors. “WBAB and Hope For The Warriors have a strong commitment to uplifting and serving those who have served us, and the Long Island Police Tug-of-War Championship is a perfect example.”

Participating in the event are members of Nassau and Suffolk police departments, deputy sheriffs and correction officers. Teams are made up of six to 10 members and are subjected to a weigh-in prior to the competition to ensure fairness and gamesmanship.

Local combat veterans will serve as honorary team captains and referees. The event will be officiated by Roger and JP from the WBAB Morning Show.

The competition begins with a performance of Pipes and Drums featuring Nassau and Suffolk Police Emerald Society Bands performing, with the National Anthem sung by a member of the Nassau County Sheriff’s Department.

The public is invited to watch and cheer as Long Island’s finest compete for bragging rights and the coveted championship cup. The stakes are high as 2018 champions Nassau police, Nassau deputy sheriffs, Suffolk corrections and the undefeated Nassau women of law enforcement look to hold their titles for another year.

After the trophy presentations, the public is invited to stick around for live music on the bandshell stage featuring Journey tribute band “Any Way You Want It.”

Founded in 2006, Hope For The Warriors is a national nonprofit dedicated to restoring a sense of self, family and hope for post 9/11 veterans, service members and military families. Since its inception, Hope For The Warriors has served more than 23,200 through a variety of support programs focused on clinical health and wellness, sports and recreation and transition. One of the nonprofit’s first programs, Warrior’s Wish, has granted 200 wishes to fulfill a desire for a better quality of life or support a quest for gratifying endeavors. In addition, Run For The Warriors has captured the hearts of more than 25,500 since 2010. For more information, visit hopeforthewarriors.org, Facebook, Twitter or Instagram.