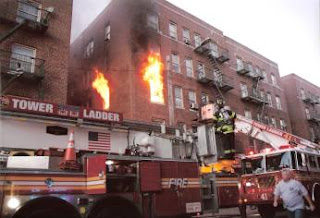 In 2006-2007, an infantry battalion of
U.S. Marines found themselves locked in a lethal fight against disenfranchised
Sunni Iraqis and fanatical Al Qaeda foreign fighters in Fallujah, Iraq – a
dangerous and deadly mission deemed virtually impossible by many strategic
intelligence analysts.  In the ranks of
that battalion was Captain Jason C. Brezler, a USMC Reserve Officer and U.S.
Naval Academy graduate who had taken a leave of absence as an FDNY firefighter
to again lead Marines in harm’s way.
When Brezler returned home in the
summer of 2007, he spent many long nights reflecting on the Fallujah
experience.  His reflections of
battlefield leadership offered overwhelming parallels to advancing discipline,
survival and leadership in firefighting operations.  It was during this period that Brezler’s
trusted patrol navigator, Corporal Bill Cahir, encouraged him to apply the
harsh but important lessons of combat to the fireground. Consequently, Leadership Under Fire was born.
In 2012, Leadership Under Fire, Inc.
was officially formed when Brezler assembled a group of young service-oriented
men from various backgrounds and with wide ranging operational experiences.  The Leadership
Under Fire team is reinforced by a mentor team of experienced and
accomplished fire officers, several of whom are also former Marines. 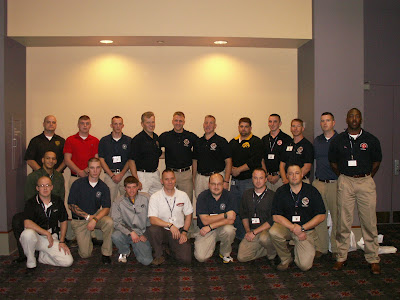 The mission of Leadership Under Fire, Inc. is
“to contribute to the technical, physical
and mental development of our nation’s firefighters and officers through rigorous and forward-thinking conferences,
presentations and tactical training programs in order to advance survival,
discipline and leadership with those who have been called to serve in today’s
fire service.”

In August 2009, Sergeant Bill
“Werewolf” Cahir, the same Marine who had been so instrumental in the Leadership Under Fire concept, was
killed in action in Helmand Province, Afghanistan. Brezler thought it only
appropriate to create an initiative
that not only honors Bill’s service and sacrifice, but his firm belief in
higher education for those dedicated to civic service. 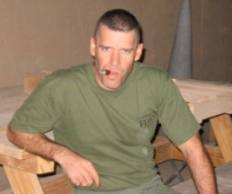 Subsequently, the Bill
“Werewolf” Cahir Initiative was
created. The program affords post-9/11
military veterans pursuing academic study pertinent to fire and rescue service
the opportunity to attend Leadership Under Fire, Inc. conferences and tactical
training events at no expense.  This
initiative is a win for the fire service, America’s  military veterans, and
higher education. It ensures that Bill’s legacy of service and
sacrifice lives on.  Hope For The Warriors® enables the financial aspect of this initiative through the
organization’s college initiative program.
On October 27, 2012, Leadership Under Fire held its inaugural
conference, entitled Making Yourself Hard
to Kill, in Philadelphia, PA.  The
conference focused on the mental aspect and survival mindset involved with
firefighting.

The event included a “Survivor Panel”
involving reflections from firefighters who had been forced to jump from burning
buildings, a renowned Everest climber, and two U.S. Marines who had been
wounded in Iraq;  one who had been shot
in the face by an Al Qaeda sniper.
Firefighters and fire officers traveled from 26 states and Canada to
attend the day-long seminar.  The
audience also included 19 post-9/11 military veterans who attended the banner
event under the Werewolf Initiative.

One post-9/11 veteran registrant
commented, “I
got into the fire service because I missed so very much the camaraderie of
Corps.  As a college student, I
desperately needed some sort of unit belonging as the student undergrad body is
in no way is my peer group. After taking off my uniform I noticed it didn’t
take long to start feeling naked and like a sheep in the flock…The Leadership
Under Fire conference sparked the fading light in my civilian world; I can
honestly say that was the most alive and motivated I felt since leaving the
Marine Corps…I hope that I can demonstrate the level of professionalism and
high moral conduct of the many speakers present that day in Philadelphia, every
single person that spoke that day impacted my outlook on the fire service, my
character, and how I needed to live my life with a purpose.”