We are honored to announce Joe Stock as our July Volunteer of the Month! 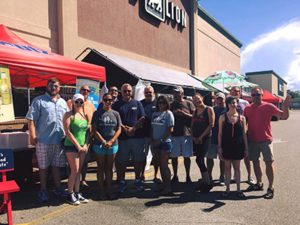 Joe, an Army veteran, has been an invaluable member of our HOPE family for nearly 10 years. He was instrumental in planning and coordinating an event called Thriller On The Griller. The Thriller events, as they are fondly nicknamed, are hosted by Food Lion at many of their coastal/beach locations in North and South Carolina throughout the summer. The events feature an auction, raffles, food from the grill and more; 100% of the money raised goes to HOPE. Overall, because of Joe’s vision, the Thriller events have raised over 1.1 million for Hope For The Warriors’ programs. 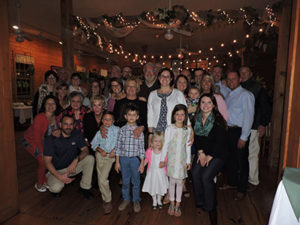 Although Joe is now retired from Food Lion, each summer he takes a break from traveling with his wife, Barb, daughters and grandchildren to support his former employer and emcee the Thrillers. If you have ever attended a Thriller On The Griller, you can agree that he makes the best emcee with his rhymes and humor!

Beyond the Thrillers, his passion for being a voice for HOPE and advocate for military families has helped deepen our organization’s roots in the Carolinas and allowed us to build new impactful partnerships.

Thank you, Joe, for living by your motto, “do your part, give from the heart,” and encouraging others to join you.