#Invest4HOPE with a Tax-Smart, Year-End Gift 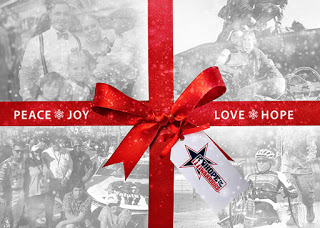 Today is New Year’s Eve, which makes it the perfect time to #Invest4HOPE with a year-end gift to Hope For The Warriors®!
As a member of our HOPE Family, you know that we’ve earned a 4-star rating from Charity Navigator for the fifth year in a row, putting us in the top 5% of rated nonprofits.

That’s because we keep our administrative costs to just 8.1%, which means most of our funding is invested in our programs for post-9/11 service members, veterans, caregivers, military families, and families of the fallen nationwide.

In other words, when you make a donation to Hope For the Warriors®, you’re not only investing in the future of our military community, you’re also investing in an organization that’s committed to using donor dollars wisely.

You’ve given the gift of HOPE before, and we’re thankful for your support. You know how much our programs mean to military families, so we’re writing to ask for your help again – by the end of December 31.


Your year-end contribution means a lot to us, but it means so much more to the thousands of U.S. military families we’ve helped over the past 10 years, like Sgt. Dan Casara and his family.

A Story of HOPE
On September 23, 2005, U.S. Army Sergeant Dan Casara’s M113 rolled over an anti-tank mine in Iraq.
After suffering multiple fractures, Dan underwent 24 surgeries, spent hours in physical therapy—and graduated from a wheelchair to a walker to crutches to a cane to a brace. He was awarded the Purple Heart and, today, he’s a student at the Golf Academy of America and a motivational speaker.
In 2010, Hope For The Warriors® flew Dan and his wife Basia to New York City so he could speak at the Tunnel to Towers 5K on September 23—their wedding anniversary and Dan’s Alive Day. They return each year to speak on behalf of Hope For The Warriors® at the 9/11 memorial run.
Dan continues to support Hope For The Warriors® because he believes in us. He appreciates that we put the majority of our funding toward programs. He knows we’ll always be there for him—and put service members, veterans, caregivers, and military families first. He hopes that we’ll continue to grow, so we can help everyone touched by military service.
With your support, we can. Please help us help our military community by making a tax-smart, year-end investment in HOPE today.

Your benefits may include*:

*The information contained herein is for educational purposes only. It is not intended to provide legal, tax or other professional advice. Consult your tax advisor.

Financial information and a copy of our license are available from the State Solicitation Licensing Branch at
1-888-830-4989 (within NC) or 919-807-2214 (outside of NC). The license is not an endorsement by the State.
FacebookTweetLinkedInPrintEmail