Hunting with a Hero 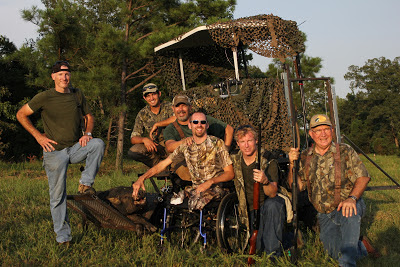 On Thursday, December 27, the National Geographic Channel will air their latest episode of “Rocket City Rednecks.”  The show will air at 9 pm est/8 pm cst.

If you have never seen this show, now is your chance!  The crew worked with Hope For The Warriors® to identify a wounded service member that would love the chance to go hunting again.  Here is a short segment of the show that will air on Thursday:

This crew of five men with southern accents have several advanced academic degrees between them as well as many years of experience working at NASA.  In the course of the show, they take a regular golf cart and build an All-Terrain Hunting Platform that the wounded veteran can use for hunting.

Beyond their design genius, what is immediately apparent is their admiration for the men and women in our armed forces.  Travis, aka “The Ringleader” and his father, Charles, have a very close connection.  Charles’s has another son in the Air Force who has done four deployments.  They understand on a very personal level the sacrifices of today’s military family.

In taking on this project, the crew had one main goal in mind.  Give a wounded service member something back that he has lost due to his injuries.  The service member highlighted in this program, Philip, is a double amputee. Phil grew up hunting but since his injury, has not been able to enjoy the outdoors. 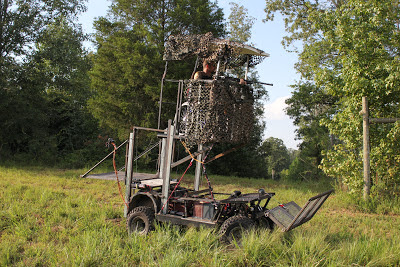 The crew created a vehicle that Philip could easily roll his wheelchair onto.  Then with a joy stick and a few buttons, the cart can be driven and then lifted.

Please tune in tomorrow night for the full episode.  We don’t want to give too much away, but we can tell you that the veteran had a great time.