HOPE is a word we use often within Hope For The Warriors®.  It is a part of our name and is included in our mission statement.  Hope drives our work and our goals.

Last week, the Morehead City Marlins Baseball Team hosted HOPE week.  For the team, HOPE stood for Helping Others Persevere and Excel and the team asked for nominees who would best represent HOPE in the community.

Paul Kelly was proud to nominate his wfie Sally for this honor.  Sally and Paul are long-time volunteers of our organization. Their support began in 2006 and together, they have done so much to help us grow.  They have been a great asset and great friends. 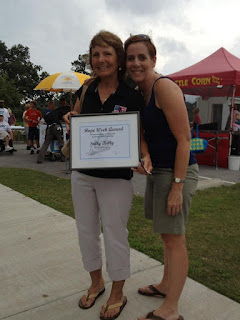 Sally’s work with Hope For The Warriors® is not the only reason that she was honored on Saturday night at the Marlin’s baseball field. However, we are very thankful that her good work was recognized.  Below is part of the application that was submitted. (Edited)

A Beacon of Hope﻿
“A mother, wife, friend, volunteer, teacher, leader and
more.  Sally is a true
‘Beacon of Hope’ to all who surround her.
Her hard work helped her to raise two successful and moral sons while
still volunteering within her community.
Her greatest work now benefits our military communities—specifically wounded,
their families, and families of the fallen.
Sally has given hope and helps to thousands and inspires others to join
in this mission.”

“The daughter of a WWII-Bronze Star-decorated
soldier, she understands the sacrifices of the military and their
families.  Since 2008, she has volunteered
countless hours with Hope For the Warriors®, a national nonprofit organization
that assists combat wounded service members and their families.  She has been recognized as one of the
organization’s top volunteers.” 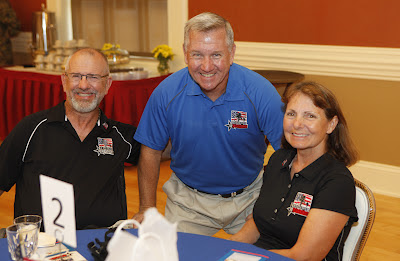 “Sally and her husband Paul have raised more than $48,000 in
donations in their fundraising campaign they call ‘2008 Miles of Hope.’
She has also been recognized by the organization for her
leadership within her women’s group, Beta Sigma Phi International.  Within her chapter, she has been the kindling
spark beneath the group’s service project, ‘Carolinas’ Torch of Hope,’ which has so far brought in over
$25,000 in donations from chapters around the world to Hope For The Warriors®.”

“Sometimes Sally is a Beacon of Hope, by simply supporting
others.  She is
often at Hope For The Warriors® events and races, cheering on the runners and
volunteering to make the event a success.
She has cheered for her own husband through countless marathons and half
marathons as he pushes through on his handcycle.” 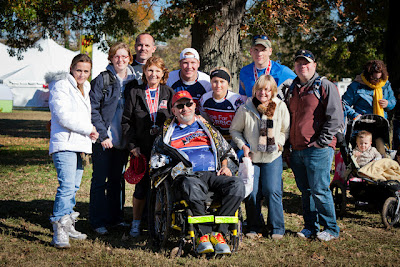 “In 2011, she was not content to be on the sidelines. Sally
decided to ‘go the extra mile’ for our Nation’s wounded by running the Marine
Corps Marathon with Team Hope For The Warriors®.  Sally finished a HIGHLY respectable 30th
in her age bracket in the largest amateur marathon in the world.” 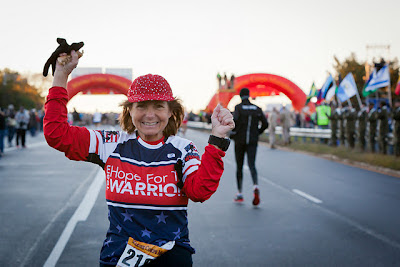 “Sally is truly a beacon
of hope within our community.  Her
tireless dedication to her community, her family, and above all, to the
Nation’s wound heroes are an inspiration and example to all she meets.

Thank you to Sally for bringin HOPE to our nation’s heroes and to Hope For The Warriors®.