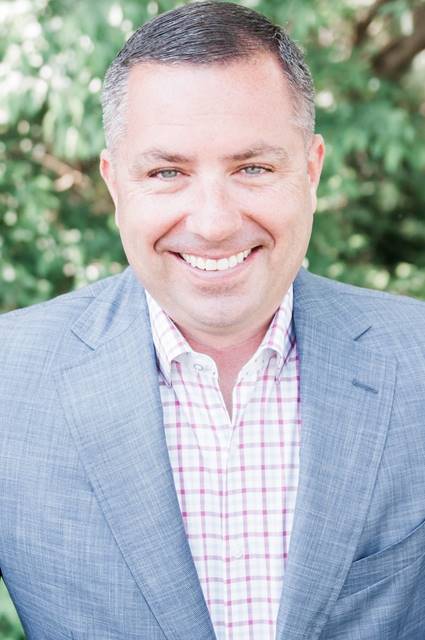 SPRINGFIELD, Va. (May 14, 2018) – Hope For The Warriors recently welcomed Rob Clapper as its chief advancement officer.

Celebrating more than 11 years of service, Hope For The Warriors is a national nonprofit dedicated to restoring a sense of self, family and hope for post-9/11 veterans, service members and military families.

With more than 12 years of experience in the military and nonprofit sectors, Clapper will be responsible for successfully creating, leading and implementing an integrated resource development strategy while establishing and maintaining new and existing relationships to build Hope For The Warriors’ visibility, impact and financial resources.

“It’s truly and honor and a privilege to be able to continue to serve those who have served our great nation and those who have provided the critical support to our service members,” said Clapper. “As a former Army Special Operations officer who has sometimes struggled to find a pathway forward in my own post military life, Hope’s mission of restoring hope resonates with me and my family. I’m probably most excited about the opportunity to grow opportunities and programs to reach even more service members, military families and caregivers.”

For the last four years, Clapper served as the founding executive director for Your Grateful Nation, a nonprofit he co-founded that is committed to transitioning the military’s elite special operations veterans into their next successful career.

Prior to his time at Your Grateful Nation, Clapper led three chambers of commerce and worked in the nonprofit community in addition to advocating for veteran’s issues at the state and federal levels.

Upon his graduation and commissioning from The Citadel in 1996, he began an Army career serving with the nation’s most elite special operations units. Clapper’s military career included numerous deployments in the Middle East and other areas around the world.

While serving in the Army, he was responsible for direct support and coordination with various worldwide embassies and Department of State officials and diplomats, throughout the EU and the Middle East in support of U.S. Clandestine and Special Operations.

In 2005 Clapper was recognized by the Secretary of the Army and the Chief of Staff of the Army with the General Douglas MacArthur Leadership Award for outstanding and unparalleled leadership throughout his Army career, an honor that distinguished him from more than 35,000 Army officers. Rob was also awarded the Bronze star for rescue operations during Operation Anaconda in Afghanistan.

“Employing veterans is as important to us as serving them in their communities and fulfils our mission of building an army,” added Kelleher.

Clapper currently resides in Vienna with his wife Debbie, their six kids, and his service dog Gunner.