Hope & Courage Honoree: I Will Survive 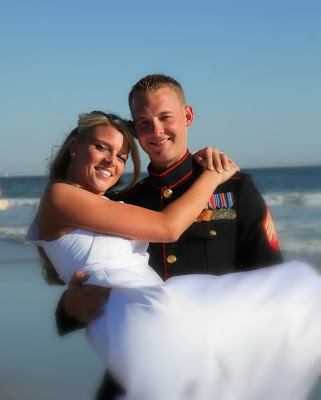 Our guest blogger today is Samantha Bradley, spouse of a fallen hero.  Hope For The Warriors® will be honoring Samantha at this year’s Got Heart, Give Hope® Gala for the hope and courage that she is inspires.

“On June 3, 2011, I received the dreadful phone call that
turned a nightmare into reality. My husband, Sgt. Mark A. Bradley, a Marine
Corps Scout Sniper, was serving his fifth deployment in Afghanistan and while
conducting a mission with his Sniper Team, Mark struck an IED. The next couple
of days we clung to the phone waiting for updates of Mark’s condition and
waiting for the approval to be flown to Germany to be by his side. Mark’s
brother, also serving as a Scout Sniper in Afghanistan, was flown to be with
Mark, and from there they would fly together to Germany. On the flight from
Afghanistan to Germany, Mark was resuscitated twice. Mark’s parents and I were
being flown to Germany but first being flown to Washington, DC for our
passports.”

“Waiting for us as we got off the plane in Washington, DC was
Robin Kelleher with Hope For The Warriors®. To think back of that time when I
first met Robin is a blur, but God led her pathway to ours, and she was more
than an angel to us. We arrived in Germany, only to learn that Mark’s condition
was worse than what we had been informed of. With him being as strong hearted
as he was, his condition improved enough for us to fly back to the United
States on Friday June 10. That morning Mark’s parents and brother were flown to
Bethesda, and shortly after Mark and I boarded our close to 15-hour flight.”


“In the meantime, Hope For The Warriors® got my dad
settled in a hotel in Bethesda. On June 16, 2011, Mark became a guardian angel
at the gates of heaven.”


“In only a couple of days, Robin had become so close with our
family, we asked her to be a part of Mark’s Purple Heart Ceremony. Robin was
also with the family when Mark passed away and drove to North Carolina for his
funeral.”

“Often, when someone passes away, people slowly drift back into
their normal routines and move on. This was not the case with Hope For The
Warriors®. Robin and her team continued to reach out to our family and remain
just as close to us. The first event I attended was just a few months later.  Mark’s father, Jack Bradley, and I were in
North Carolina for 9/11. At the event, I had the opportunity to meet amazing
people and share our stories together. Many have become a second family to me.
I also attended the Got Heart, Give Hope® Gala in 2012 and Scarlet & Gold
Golf Tournament in 2012.” 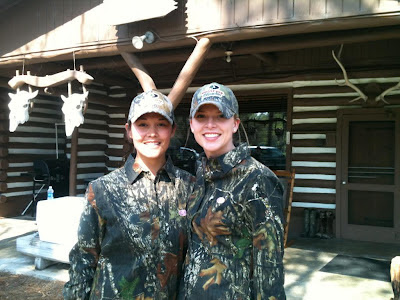 “Just a few days before what would have been my three year
anniversary, Hope For The Warriors® sent me, along with other spouses of
wounded warriors, on a turkey hunt in Florida. Hunting is a passion of mine,
but this trip was beyond special. Mark and I were unable to take a Honeymoon
after we married and our plan was to go on a guided hunt when he returned home
from Afghanistan. I was determined to one day fulfill our dream in his memory. Hope
For The Warriors® granted me that wish. All the spouses were successful with a
turkey, except for myself. I was the only one who bagged two turkeys, and that
meant one for me, and one for Mark!” (Read the entire story here.)
“Attending events and spending time with people who share
similar stories is wonderful.  But
eventually,  the numbness of my husband
passing away finally started to wear off, I started on a spiral spin downwards.
I tried to keep my feelings bottled up inside but that made things worse. I
reached out to a different organization in an attempt to start counseling but
did not receiving the help I needed.”

“I finally contacted Robin and explained to her the help that
I desperately needed. In less than 24 hours, I was linked to the help I needed,
and since then I have been in counseling. This counseling has been the biggest help in restoring my life.” 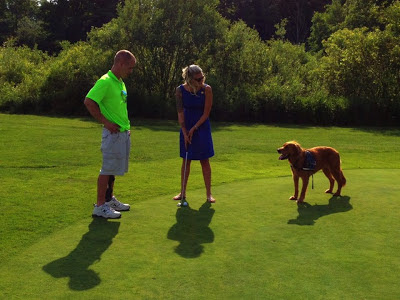 “Hope For The Warriors® has become so much like a family to
us. On June 16, 2012, Robin and two of the wounded warriors joined mine and
Mark’s family in Cuba NY, for a golf tournament to raise money for a
scholarship in memory of Mark. Not only is each member of Hope For The Warriors®
a gift from God for me personally, but the organization does so many amazing
things to help wounded warriors and their families. Being a part of the
organization has given me so much hope and determination to share my story in
an effort to inspire others with strength. I will never have the words to
express my gratitude for all the things they have done. I love Hope For The
Warriors® with all my heart.”