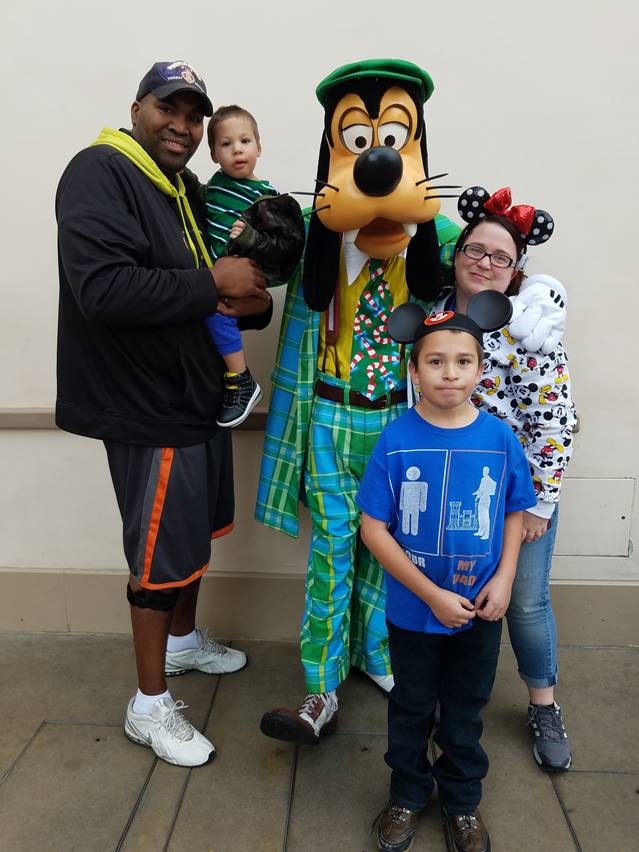 In 2003, the California native enlisted in the Army and was stationed in Fort Hood, Texas. Providing route clearance and base security, Jackson deployed to Iraq three times, receiving a Combat Action Badge and Purple Heart Award.

On December 6, 2006,  while on patrol in Sadar City, Iraq his vehicle was hit by a rocket-propelled grenade resulting in injuries for Jackson and the majority of his squad. He was treated for his shrapnel wounds and finished his deployment.

Upon returning to Fort Hood in 2008, doctors found there was no cartilage around his right knee. Jackson underwent his first knee surgery to regrow and replace the cartilage. However, he also began pre-deployment training and deployed for his third tour to Iraq in June 2009, this time to Baghdad.

While in Baghdad, Jackson learned that the replaced cartilage in his knee did not mend. Therefore, once returning home in February 2010, he began the medical board evaluation process and medically retired from the Army in March 2011.

Today, the father of three still receives continuous care for his right knee and has undergone additional surgeries since retiring. Jackson and his family enjoy fishing and short beach trips to the West Coast.

“Army Sergeant Jackson is just one of many who will forever have lasting physical effects from his service,” said Robin Kelleher, president and CEO of Hope For The Warriors. “Due to training, multiple deployments and tight budgets many military families aren’t allotted the opportunity for extended family vacations. Therefore, it’s a honor and a privilege for Hope For The Warriors to grant this vacation for Sergeant Jackson and his family to create some lasting memories together.”

In 2017, 13 wishes will be granted through Hope For The Warriors. The wishes fulfill a desire for a better quality of life or support a quest for gratifying endeavors for those who have sustained severe physical and psychological wounds in the line of duty.

Since the program’s inception, A Warrior’s Wish has granted 171 wishes.

Founded in 2006, Hope For The Warriors is a national nonprofit dedicated to restoring a sense of self, family and hope for post 9/11 veterans, service members and military families. Since its inception, Hope For The Warriors has served more than 13,000 through a variety of support programs focused on transition services, clinical health and wellness, sports and recreation and community development and engagement. The nonprofit’s first program, A Warrior’s Wish, has granted 171 wishes to fulfill a desire for a better quality of life or support a quest for gratifying endeavors. In addition, Run For The Warriors has captured the hearts of more than 22,000 since 2010. For more information, visit hopeforthewarriors.org, Facebook or Twitter.