Happily Ever After: A Fairytale Wedding 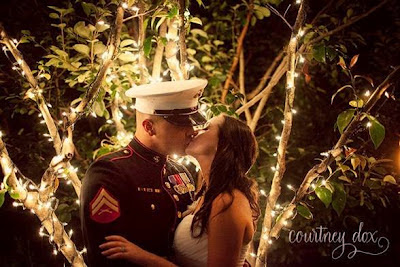 Cpl.
Baldwin Scott Casimiro-Moreland was born in Hawaii, but raised and recruited
out of Texas. In October of 2007, Scott was proud to enlist in the U.S. Marine
Corps.  During his service, he deployed a
total of three times within five years. These experiences weighed hard on him
mentally and physically. 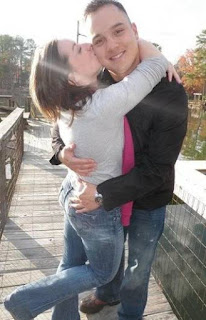 Luckily,
Scott was not alone in enduring the emotional trials of his deployment. Rebekah,
his girlfriend since 2009, was by his side for the ups and downs and then a
devastating phone call.
On
October 31, 2011, while Scott was on combat patrol, a 40-pound IED exploded
five feet away from him. The explosion sent shrapnel through his sunglasses,
leaving him blind in his left eye. The shrapnel also embedded into his arms and
legs and gave him a grade three concussion. Rebekah received the devastating phone
call five hours later.
Scott
returned to the United States for his rehabilitation.  About a month after the accident, he pulled a
ring from their Christmas tree, and proposed to Rebekah. 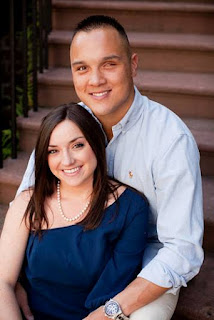 Losing
sight out of his left eye is not the only struggle Scott has dealt with
throughout his life. Loss of family, and parents has been an emotional battle for
Scott since his childhood. Abandoned by his mother, and raised by his
stepfather, Scott has not had it easy. Since his injury, his family has become
closer.
Weddings
are a time when family can be brought together to celebrate a new beginning. In order to celebrate their wedding properly, Scott turned to Hope For The Warriors® and our A Warrior’s Wish® Program.
Through
the A Warrior’s Wish® Program, Scott’s Wish for a perfect wedding for his bride was granted. The Wish provided
Scott and Rebekah with almost $9,000 to cover expenses for their
wedding.  They married on September 15,
2012 in Columbia, SC at the Seibels House & Garden. 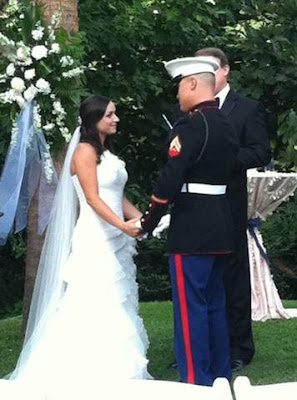 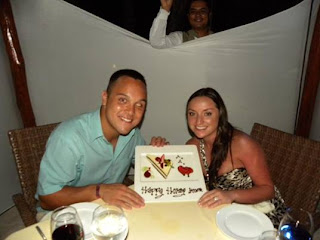