GREG BOWMAN JOINS HOPE FOR THE WARRIORS BOARD COUNCIL 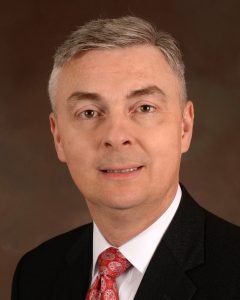 SPRINGFIELD, Va. (Jan. 19, 2022) –For over 15 years, Hope For The Warriors has been dedicated to restoring a sense of self, family and hope for veterans, service members and military families. Each year under the leadership of trusted board members, the national nonprofit aims to provide support through a variety of programs focused on clinical health and wellness, sports and recreation and transition.

Prior to joining Siemens Government Technologies, Bowman served in the U.S. Army for more than 25 years—culminating his career as the Strategic Military Law and Policy Advisor/Legislative Counsel to the Secretary of the Army. Chosen to establish that position, he served two Secretaries and two Acting Secretaries of the Army for over seven years. At Siemens Government Technologies, he has served as director of large integrated programs (OCONUS), then deputy/chief operating officer of energy & infrastructure. In his current role as chief innovation officer & vice president, Bowman is focused on driving strategic growth by leveraging innovations from across the Siemens global portfolio to support U.S. government customers around the world.

“I am so honored that Hope For The Warriors has recently asked me to serve on its board council,” said Bowman. “This incredible organization is dedicated to those impacted by military service; and tailors its support to the needs of each veteran and family member to help them restore self, family and hope.”

“At Siemens Government Technologies, we have supported Hope For The Warriors for many years, because we know that for many of our brave warriors, their fight does not end when they leave the military. For some, it only begins.”

“Hope For The Warriors has had a longstanding relationship with Siemens Government Technologies and it’s always exciting to have executives form a deeper relationship with our mission,” said Robin Kelleher, co-founder and president of Hope For The Warriors. “As an Army veteran Greg truly understands the every changing needs of the military family’s that we serve each day.”

Bowman holds a bachelor of sociology and prelaw from Longwood University, a masters in military art and sciences from U.S. Army Command and General Staff College, a juris doctorate from the University of Virginia School of Law, and a post-doctoral degree (LLM) in military law and federal government procurement from the U.S. Army Judge Advocate Generals Legal Center and School. He is a member of the Virginia State Bar and is admitted to practice law before both the Supreme Court of Virginia and the Supreme Court of the United States.

He and his wife Joanne, reside in Virginia and have a daughter, Delaney who is a student at Regent University, majoring in graphic arts and animation.

About Hope For The Warriors: Founded in 2006, Hope For The Warriors is a national nonprofit dedicated to restoring a sense of self, family and hope for post-9/11 veterans, service members and military families. Since its inception, Hope For The Warriors has served over 36,000 through a variety of support programs focused on clinical health and wellness, sports and recreation and transition. One of the nonprofit’s first programs, Military Spouse and Caregiver Scholarships, has awarded 183 scholarships to caregivers and families of the fallen. For more information, visit hopeforthewarriors.org, Facebook, Twitter or Instagram.