Favorite Memory-A Return to the Race

“A single leg amputee joined us for last year’s ASA Run For The Warriors® in October. He had been an unltramarathoner prior to his injury, and
was known for his competitive drive and immense athletic ability. It didn’t matter that it was raining and he was running on a new prosthetic. This veteran clearly loved the energy and excitement of a race and of competing again.
He had to take it slow–the pavement was slippery–but he had a smile on his face for the entire distance and finished strong with the help
of his best friend. That morning, I completely understood the positive impact of our races and Team Hope For The Warriors®.” 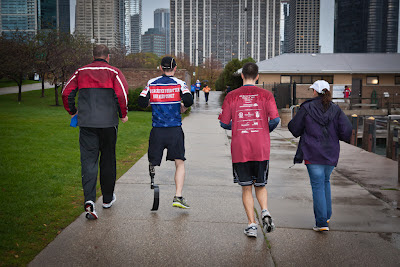