Last week, Hope For The Warriors® hosted a Family Picnic at Walter Reed Military Medical Center.  This family event is part of our efforts to provide Hope & Morale to families as they undergo the long process of rehabilitation.  For most, the medical center is far from their families and friends.  Hope For The Warriors® was glad to introduce them to our family and provide support and assistance in whatever area they need. 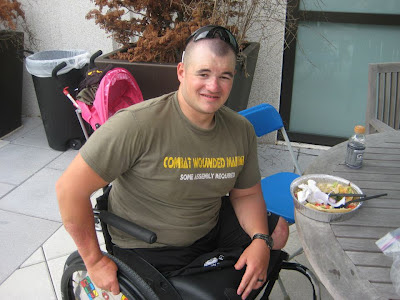 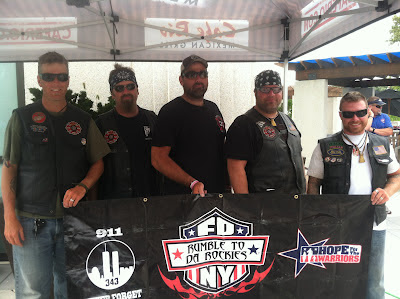 We were joined by some special guests too.  First, the crew from the Rumble to the Rockies arrived at Walter Reed that day.  Up to that point, the five members of the FDNY had already ridden more than 4,000 miles on their Harleys in an effort to raise funds and awareness of Hope For The Warriors®.  Together, the five guys raised more than $18,000!!

They were joined by more than 20 other members of the FDNY.  Hope For The Warriors® is always thankful to this group–they have donated countless hours for wounded service members, military families and our organization.  We cannot thank this group enough! 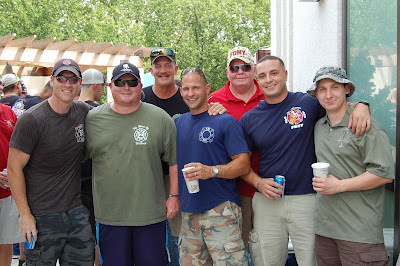 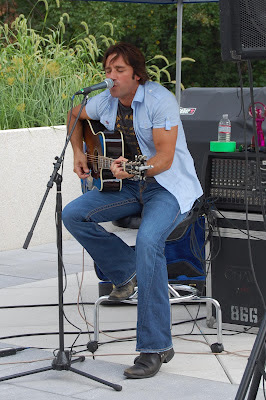 ﻿﻿Another guest was singer/songwriter Steve Azar. Steve performed several songs for the group including, Soldier Song, written to honor the service and sacrifices of military families. Beyond performing, Steve was also able to speak one-on-one with several of the service members. 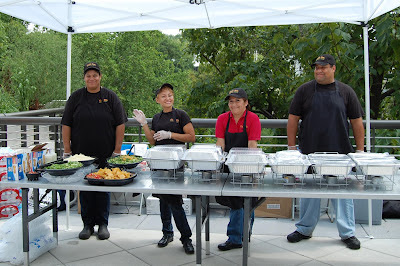 Hope For The
Warriors® thanks restaurant, Cafe Rio for sponsoring this event and providing
food for all attendees. Cafe Rio has already donated more than $20,000 to Hope
For The Warriors® in the form of financial and in-kind donations. They are
truly devoted supporters to our military families!