Get the Latest Updates
Facebook0Tweet0LinkedIn0Print0Email0
It started with a TV show.

Memorial Day 2011, Wyatt Larkin, a teenager from Georgia,
watched the golf channel with his father.
In honor of the day, the Golf Channel had two special guests on their
programs—both combat wounded veterans who have worked with Hope For The
Warriors®.  Wyatt watched the program and
was immediately moved by their sacrifices.

Wyatt is an amazing golfer who began playing as soon as he
learned to walk.  He is a member of the
American Junior Golf Association (AJGA) and is part of the Leadership Links
program.  The Leadership Links program
focuses on developing young men and women by teaching charitable giving
skills and service-oriented practices at an early age.

After Memorial Day and through this program, Wyatt decided
to focus his fundraising and service work on military families.  On his fundraising page, Wyatt explains why
he has chosen Hope For The Warriors®:

“This charity supports the men and women of our Armed
Forces, who risk their lives daily so we can enjoy our freedoms here at home.
The organization provides specialized services for the minds and bodies of our
returning soldiers, their families and the families of those who have fallen.”

Wyatt and his father, Jason, have attended events with Hope
For The Warriors®, played golf with wounded service members and represented the
organization at the Warrior Open with George Bush.  He has had the honor of meeting both veterans
that he first saw on the Golf Channel on Memorial Day. 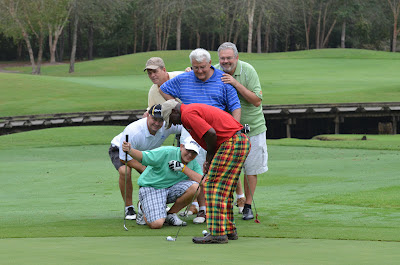 In 2011, Wyatt received the Jerry Cole Sportsman Award for
his sportsmanship and integrity.  To
learn more, follow this link and click on the video.
The Family

In the video, a family friend is interviewed and shares this
insight:

“It is really no surprise that Wyatt is receiving [this
award] because he is a product of his environment, his family….it takes a
family like the Larkins to get Wyatt to the place where he is now.”

The entire Larkin family has demonstrated a commitment to
military families and to our organization.
They prove that you do not need to be in the military to respect the
sacrifices made by the men and women in our armed forces.  The family also shows everyone how to use
your hobbies or passions to help others. 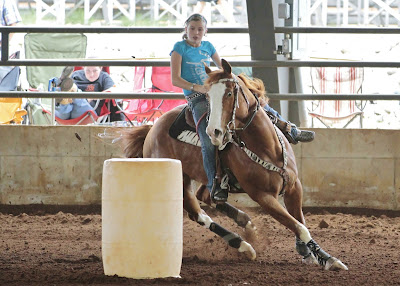 Now, Wyatt’s younger sister, Morgan, and mother, Jennifer,
have joined in too.  This Saturday, they
will hold a Turn & Burn and Head & Heel fundraiser with the Union
County Saddle Club.  Through this event, they
aim to raise funds for Hope For The Warriors® and raise awareness to the needs
of military families.

“We could never repay the sacrifices of the true heroes of
our country, but we are dedicated to showing them how thankful we are and how
much we care about them and their families,” said Jennifer.

The event will also include a Warrior Ride which will
include one of the veterans that was on the golf channel last year when Wyatt
first discovered Hope For The Warriors®.

Thank you to the Larkin Family for their continued support
and dedication to those that have served and sacrificed. 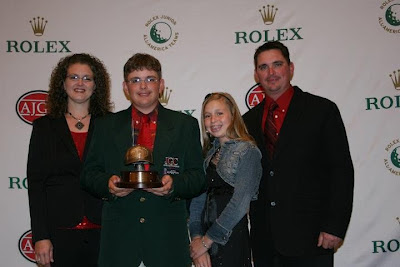