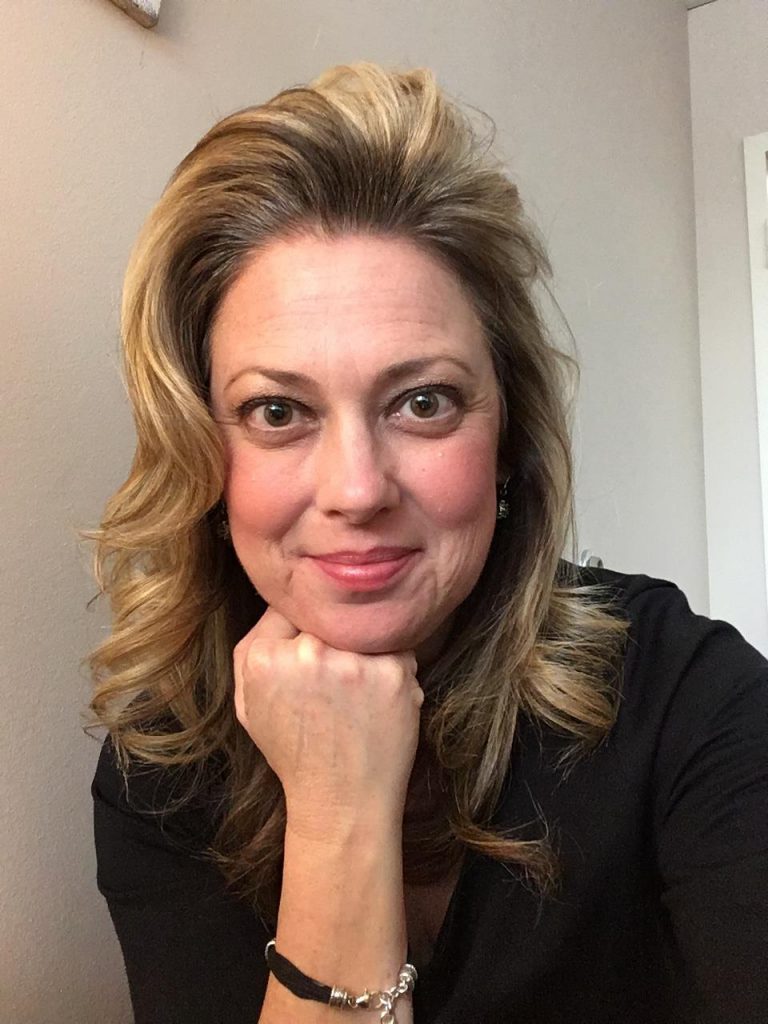 “Everyone has a purpose in life and a unique talent to give to others. And when we blend this unique talent with service to others, we experience the ecstasy and exultation of our spirit, which is the ultimate goal of all goals,” Kallam Anji Reddy.

Defining Moments: a moment in life when you are forced to make a pivotal decision, or when you experience something that fundamentally changes you.

Life is full of defining moments, some good and some bad, but they are moments that help us determine 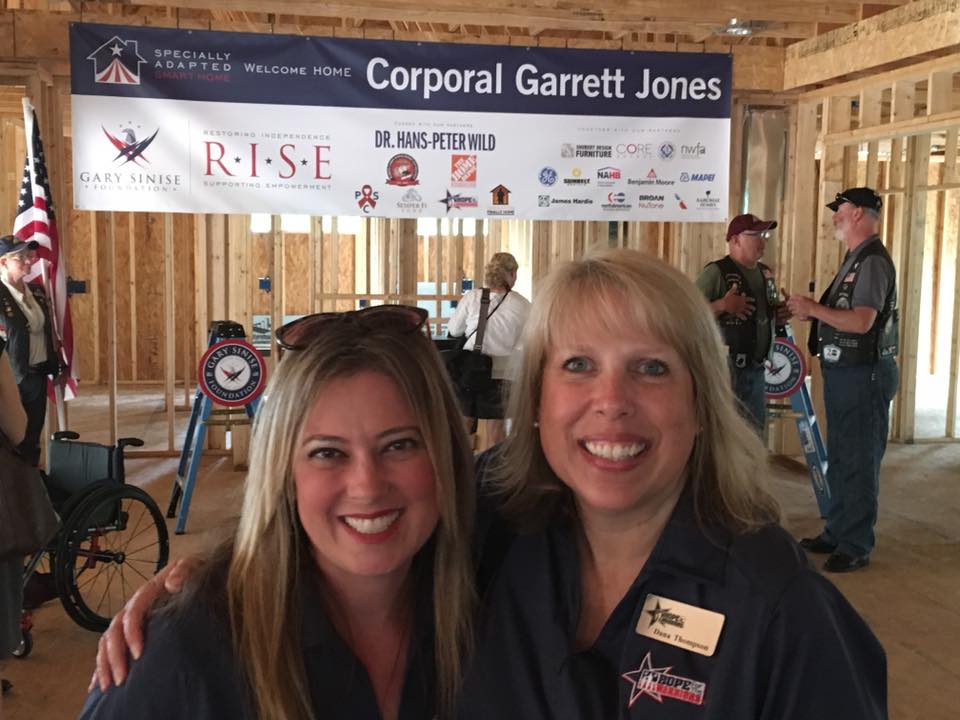 our goals, purpose, perceptions, and behaviors. They are opportunities that can help propel you to where you want and hope to be.

Hope For The Warriors Regional Social Worker and Critical Care Coordination Program Director, Shelley Rodriguez always felt she possessed an innate passion for working as an advocate for those who cannot speak for themselves. It wasn’t until she experienced some of life’s most beautiful and toughest moments, that she discovered her career path as a social worker.

Reflecting on her achievements and trials, Shelley shares her defining moments and anecdotes of her, “just do it” decisions that shaped her journey through military life and establishing her social worker career.

Moment 1: Falling in love and becoming a Military Spouse 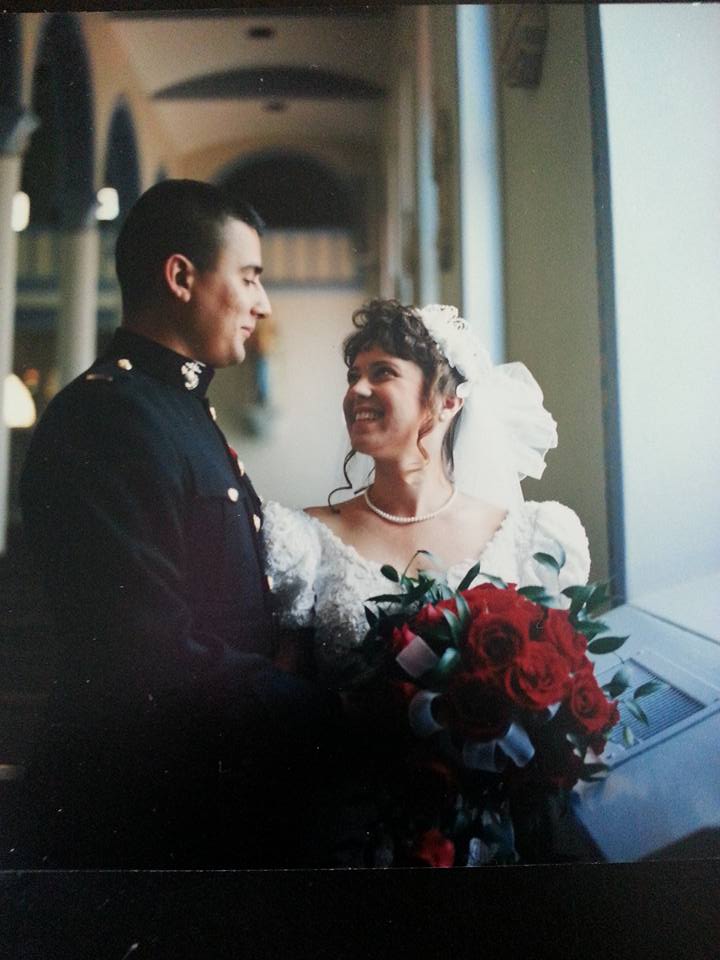 My husband and I met in high school. My stepfather was a Methodist minister, and we moved every couple of years. We moved to the town where my husband, Cesar, and his family lived the summer before my junior year of high school. He was a high school senior and after his graduation, went to the University of Texas – Austin on a Navy ROTC scholarship. A year later, I graduated and followed him to the University of Texas – Austin where I was pursuing a Bachelor of Arts in Psychology. Upon Cesar’s graduation on May 19, 1995, he was commissioned as an officer into the United States Marine Corps, and 24 hours later we got married. Our honeymoon was the drive from Texas to TBS in Quantico, VA. I then went back to Texas to complete a summer semester and later finished my degree in 1997 through correspondence (there was no “online” capabilities back in 1997!). We started our life in Quantico and then a year later, moved to North Carolina.

I look back and think, what was I thinking? That was a crazy weekend, but I wouldn’t change it. I was young, in love, and motivated about life. I had no fears. It was so exciting. I often have to remind myself of my 21-year-old self when I’m over thinking things and say, “Shelley, stop and just do it!” 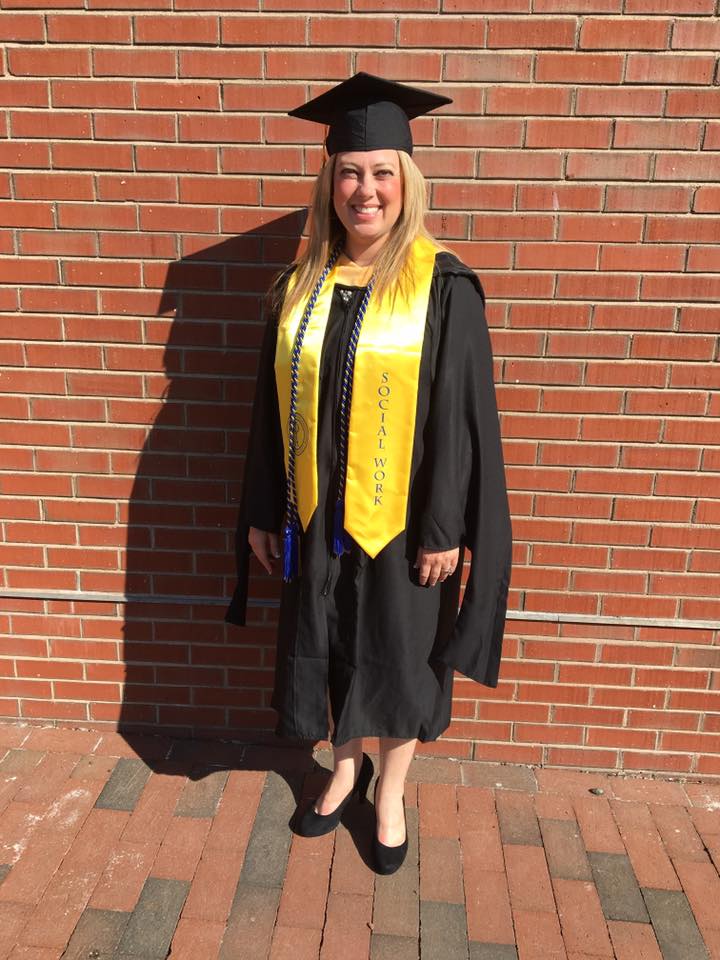 When we got to North Carolina, I decided I wanted to work. All the jobs I kept gravitating towards were social work jobs. They were all about helping people, but I wasn’t qualified since I only had a four-year degree and no work experience in the field. My very first Marine Corps friend reached out and got me involved as a “Key Volunteer”; she also helped me land my first job as an office manager at a counseling office. Eventually, I started doing case management with AIDS survivors through this office. This helped me build my resume, and I was able to land a job later as a medical social worker in a nursing home at a following duty station in New Orleans. During this experience and when I had the same position at a nursing home near Quantico, I saw the great things hospice care social workers were doing for the patients and their families. At the time, it’s what I wanted to do, and it really made my wheels start turning about getting my master’s in social work. 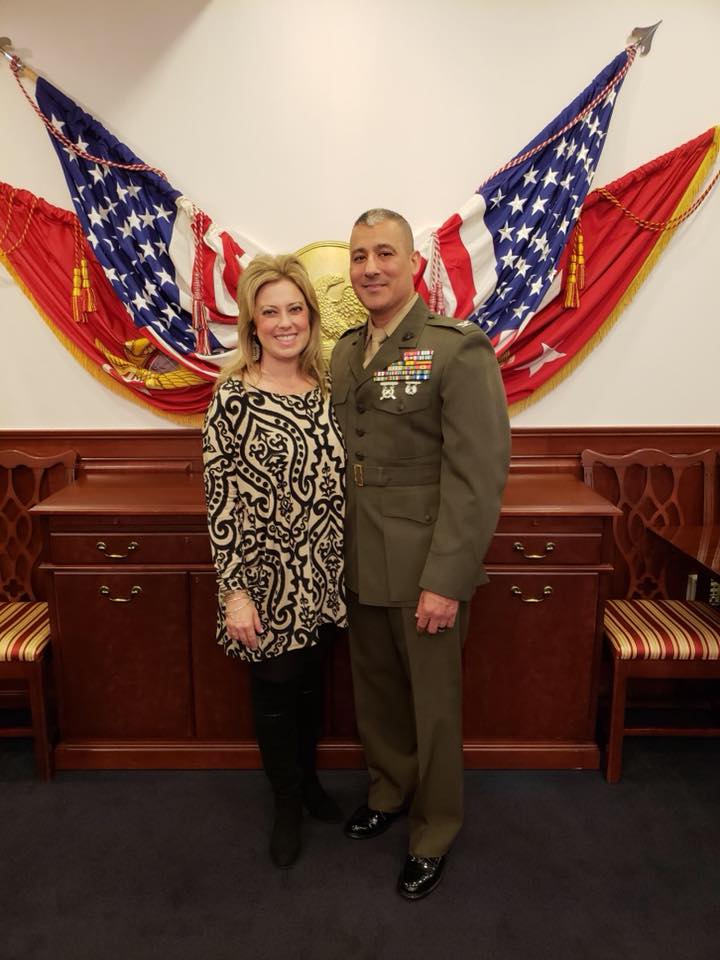 I consider our whole Marine Corps life post-9/11. I don’t even remember much before 9/11. It was a totally different military world before then. On September 11, 2001, we were stationed in Beaufort, S.C. My husband was working on Parris Island, and I was working at MCAS Beaufort, providing resources and referrals to military families, as well as immigration assistance/direction. I vividly remember watching President Bush on television that night on 9/11 knowing our lives were irrevocably changed. From that point, the tone of everything changed. We were preparing for war. Cesar later deployed with 3d Light Armored Reconnaissance Battalion during the invasion of Iraq in 2003.

I still get chills remembering.

I’m humbled to have my amazing warrior still here, despite following deployments and preparations for deployments, and so many personal losses over the years since 9/11. I cannot explain to anyone with words the immense pride I have for my husband and his Marines, all whom would have given their lives for each other back then. Some of them did. All of them still would.

Over time, my life became consumed by the concept of destroying terrorism. Military life is unique in that the immediate family is intimately tied to what is happening on a much larger scale, on the national level. I felt compelled to direct my energy and ability to provide services to those in my circle.

In 2009, I became the first civilian Family Readiness Officer (FRO) for 1st Battalion 2nd Marines (1/2) at Camp Lejeune. I later found out that there were 60 FRO positions and over 22,000 applicants applied. I 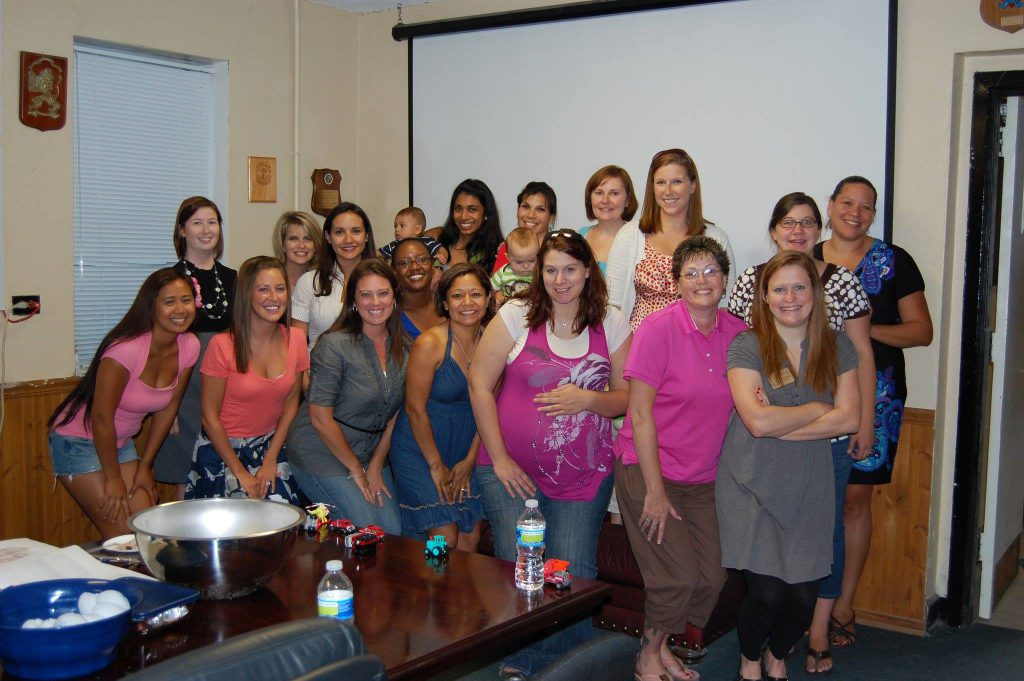 was so humbled to be in that position, and it was a pivotal moment in my life and career.

This was a brand-new program to the Marine Corps so there was some confusion and I really had to define my role before the unit deployed to Afghanistan in March 2010. That was a crazy deployment for the unit, and thankfully at the last minute, my husband stayed and didn’t deploy. I was so grateful! Family Readiness became a team effort, one which allowed us both to provide direct support to Marine and Navy families in two separate units. Our children did grow weary of the consistent “Family Readiness” issues, though. One night they begged us to “Please talk about something OTHER THAN FAMILY READINESS!” It was consuming.

I was part of the Remain Behind Element (RBE), and each morning I would troop up the outside stairs to the battalion command building, and I would stop at Gunny Colby’s office to check in. I can remember just looking at him for the morning news; I didn’t have to say a word. With a shake or nod of his head, Gunny conveyed to me the status of the battalion. Sadness could be felt throughout the building if Gunny provided me with a shake of the head. 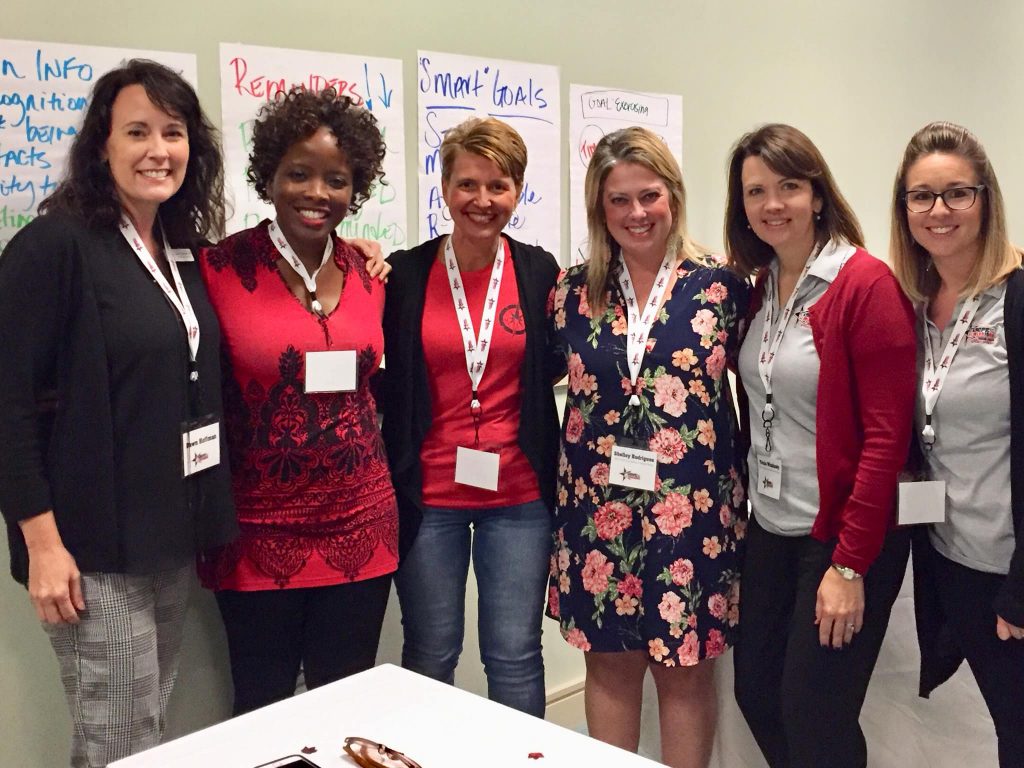 The RBE maintained a large whiteboard in the main office spaces. This board had been placed to track casualties throughout the deployment. Little did we know that within a couple of months, an additional board would be needed to carry over all of the names of the wounded/killed in action.

While I was operating at a high level of stress, the Marines in the RBE were running at much higher levels. The Marines and Corpsmen forward deployed were their comrades, their friends. Often, when names and injuries would roll in, those working with Gunny Colby or in other spaces in the RBE would find out and have a hard time. Immediate contact with a chaplain for crisis intervention wasn’t really possible; our battalion chaplain was deployed with everyone else, and the Division/Regimental Chaplains were likely available, but they were also overwhelmed with duties. More than one Marine was delivered to my office when he was overcome with grief, fear, and anger. I luckily had a toolbox of skills with which to assist at the moment, but this was of course not my official job, and the Marine Corps did not want Family Readiness Officers to “be counselors” or “social workers.” Of course, in those awful, awful moments of learning about injuries and death, I didn’t think twice about how to respond; I believed my response was the only human choice.

Moment 4: Hope For The Warriors 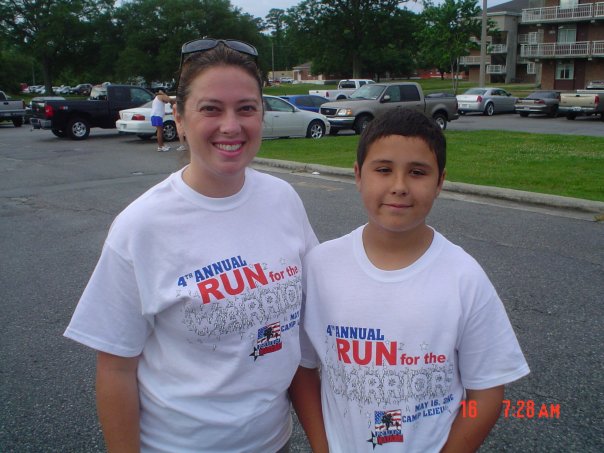 In 2011, we moved from Camp Lejeune N.C. to New York. Honestly, I went into hiding for a while. I had to take a break after being a FRO to allow recovery time for my own healing. Then, Tina Atherall, now CEO of Psych Armor Institute, was with Hope For The Warriors and she found me and asked for my resume. I helped start HOPE’s Family Resiliency Program and was a part of the organization’s growth and the founding of our clinical health and wellness programs.

In 2016, I graduated from the University of New England with a Master of Social Work and took on a new role as a regional social worker with Hope For The Warriors. My favorite part about being a social worker is the ability to provide information and education to others who may not have it, allowing them to find HOPE, and help them eradicate despair. I love when I’m able to make meaningful connections with a veteran or their family, it’s “euphoric.”

As an advocate for veterans and military families, I strive to make others aware of their sacrifices by sharing educational articles, statistics, and most importantly by sharing their stories of resilience and strength.

Advice for those considering pursuing and Master of Social Work (MSW):

I’m a big fan of MSW programs. Social work is a versatile field. I have my bachelor’s in psychology, and it’s a very restricted field. You have to be willing to go higher and higher and get your Ph.D. The process of earning an MSW is much different. 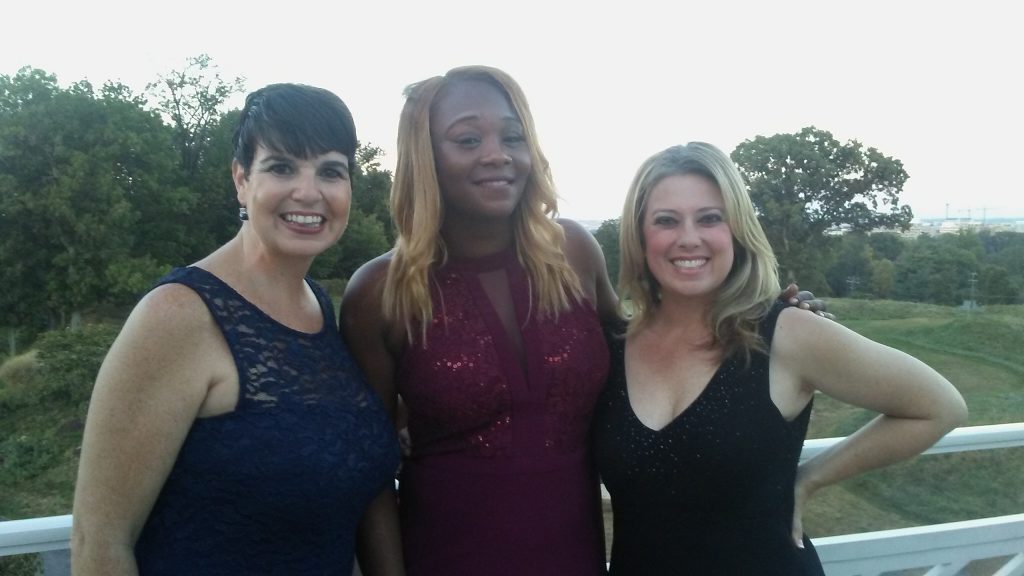 There are so many opportunities. You can be a therapist; you can work with kids, adults, in corporate America, human resources, and policy. The possibilities are endless. It’s one of the reasons why I chose this field. If you are interested in working as a social worker, I encourage you to keep going, it’s an amazing field and be sure that the school is accredited.

Following Shelley’s footsteps in the mental health field is her daughter and military spouse, Isabel Wormington, who is completing her undergraduate and master’s in psychology at Texas A&M – Texarkana. Upon graduation, she has a desire to pursue research opportunities that can help veterans and family members cope and live with PTSD. Stay tuned for our next blog to read how growing up at military child shaped her personal and professional goals.