Dmitry’s “Solo Ride” of a Lifetime

rideSolo and the
TransAmerican Trail
Dmitry Solominsky is amongst the one percent of Americans to
join the military. Now a veteran, he served with the National Guard out of New
York City as a member of the 69th Infantry Regiment during Operation Iraqi
Freedom III. Dmitry now hopes to advocate for his fellow service members and
veterans as a civilian. This spring, he will embark on a cross-country trip via
the TransAmerican Trail to raise awareness of PTSD in veterans and the impact
on the entire family. Utilizing only the bare essentials, Dmitry will ride on a
mid-1980s Lotus Éclair he bought with a friend for $100 on Craigslist. Dmitry
will begin his ride early in Seattle, Washington, on April 1, 2014, traveling
south until he hits the official cycling route, which spans from Astoria,
Oregon to Yorktown, Virginia. A current resident of New York City, Dmitry is
calling his journey rideSolo.
Dmitry estimates rideSolo will take between 8-11 weeks,
averaging 60-70 miles a day. He is camping along the way and staying with
supporters of the cycling, firefighter, and military communities. According to
him, the best training he’s had for the trip is his daily employment as a
freelance handyman, which requires him to walk, run, and climb stairs while
carrying a heavy backpack. He expects his body to get used to the ride after a
couple weeks, but will rest every seventh day of his trip. He will carry a
basic repair kit to do his own repairs, and a cell phone with solar charger. He
is currently testing a GPS tracker in hopes that friends and supporters can
track rideSolo.
A History of Service and Scope
Dmitry signed up for the National Guard his senior year of
high school, right after 9/11. At 17 he chose the Military Occupation
Specialty, having the highest bonus at the time, which turned out to be Infantry.
His unit had a rough tour, losing 19 brothers-in-arms over the course of their
deployment. Dmitry understands he grew up quickly.
“It is indescribable how losing that many people
continues to impact me today. I saw and did things that many young people who
are not in the military will never experience nor understand.” 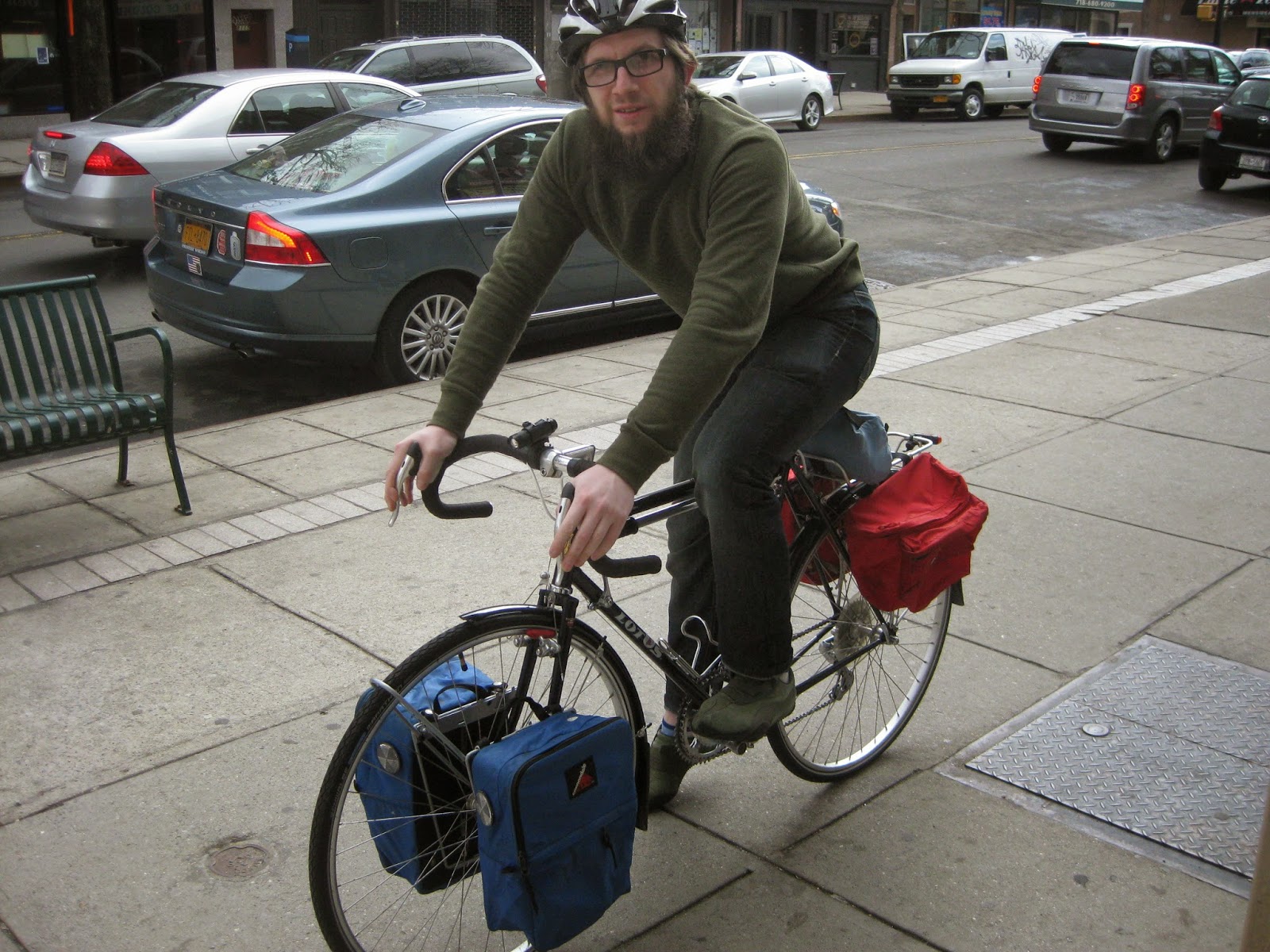 After eight years of service, Dmitry transitioned out of the
military. Admittedly, he misses “the structure and the mission” of the
military. His passion for it inspired him to give back in a unique way. As he
pedals across the United States, Dmitry will be meeting with different people
and raising funds for Hope For The Warriors®.
“Thanks to Hope For The Warriors®, I intend to raise this
platform to a national level and give [PTSD] the attention it deserves,” he
says.
Bringing PTSD to Light
The purpose of rideSolo is to bring attention to the daily
struggles of those living with PTSD. Understanding firsthand the trauma of
PTSD, Dmitry wishes to convey how lifestyles we often take for granted are
filled with challenges for those suffering from it.
“PTSD is a vicious condition, taking many of the best that
made it back,” says Dmitry. “The difficulty of dealing with loss on a
potentially daily basis as well as the sights, sounds, and smells of war, these
are the things that afflict the minds of veterans.”
Dmitry chooses to ride on his own across America to
represent the many PTSD sufferers who feel like they are alone in their battle.
Dmitry, however, understands he has support from his military community,
including Hope For The Warriors®. We wish him well on his adventure and thank
him for his commitment to further insight into those living with PTSD.
For more information on Dmitry and rideSolo,
please visit his official page at hopeforthewarriors.org/ridesolo.
FacebookTweetLinkedInPrintEmail