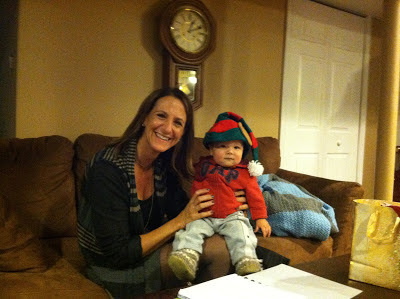 Hurricane Sandy has displaced many veterans in the New York/New Jersey area and Hope For The Warriors® has worked hard to help those veterans.  Many are living with family or friends, and still figuring out how to move ahead.

Staff members recently visited one veteran, Andrew, who was living in his mother-in-law’s basement with his wife, Julie, and their young son.  The family had lost their home and the majority of their personal belongings.  The plan was to figure out how Hope For The Warriors® could help this veteran.

During their visit, they learned that Andrew was a self-proclaimed “nerdy comic book collector.” After spending years collecting his comic books, he had lost his entire collection in the hurricane.  Andrew’s favorite character is Batman–a DC Comic character. 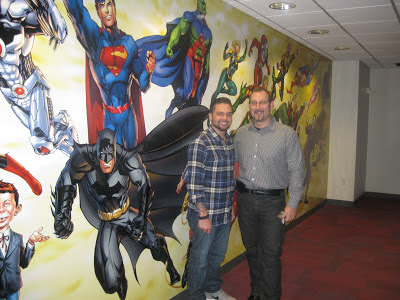 Through some connections, Hope For The Warriors® arranged a visit to the DC Comic offices.  One of the directors, Thomas, gave Andrew and Julie a personal tour.  The couple was led around all three floors, learning everything that goes into the production of a comic book.  They also were introduced to many of the staff members who play key roles in the creation of the books.  The tour included the library which contains copies of every single comic book. 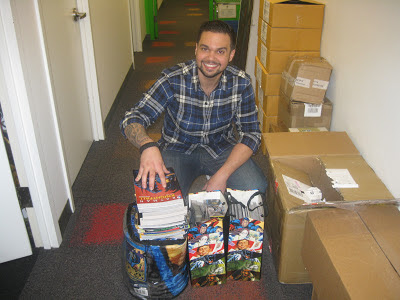 Andrew was invited to select any comic books he wanted to restart his collection. But Thomas had an even bigger surprise.  Jim Lee, an illustrator for the Batman comics, had signed a special edition hardcopy and included a personalized note to Andrew. Andrew and his wife will not soon forget this day.  As they continue to deal with the challenges left behind after Sandy, we know that this special day will give them hope to keep moving forward, regardless of whatever setbacks might come their way.

Thank you to Thomas and to everyone at DC Comics for making this visit possible!