Creating A Voice For All Those Who’ve Served

The decision to join the United States Military comes with pride, respect, and sacrifice. For some, the reason for joining is their family values, sense of patriotism, or the call to do something meaningful. For others, it’s a way to start a new life for themselves or acquire a new skill. But for Ric Hannon, founder of Regular Infantry Guys podcast, the reason for joining was far deeper. 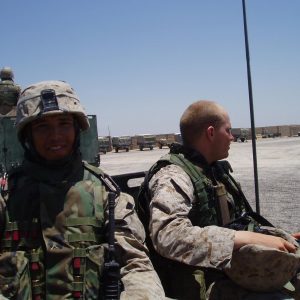 On August 15, 2004, Ric’s older brother Marine Corps Lance Cpl. Fernando Hannon was killed in action on his first combat tour of duty in Falluja, Iraq, by a vehicle-born improvised explosive device. Less than one year after his brother paid the ultimate sacrifice, Ric answered the call to duty in his brother’s honor and enlisted in the Army in 2005. 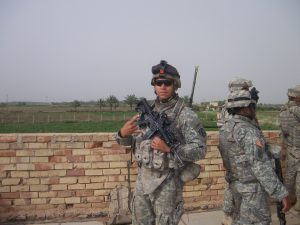 Ric while serving in the Army

“I went on to become an infantryman just like [my brother] was,” said Ric. “I was stationed at Fort Drum in New York for seven years with the 10th Mountain Division, 2nd Brigade Combat Team, 4th Battalion 31st Infantry, Charlie Company. While there, I deployed to Iraq during the surge for 15 months from 2006-to 2007 and again for nine months from 2009-to 2010. Upon returning from my second tour, I received orders to Fort Benning in Georgia at the Infantry Basic Officer Leader Course School, teaching infantry officers for two more years.”

After transitioning out of the Army in 2013, Ric enrolled at the University of North Carolina at Greensboro, pursuing a bachelor’s degree in kinesiology with a concentration in sports medicine. It was while attending school that Ric became connected with HOPE.

“HOPE was the only nonprofit we could tap into in our area for employment services,” said Ric. “[They offered] therapeutic recreation opportunities, and many other resources that assisted veterans during the transition.” 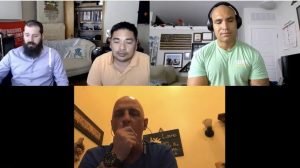 It is estimated that roughly 1,300 service members, spouses, and children transition out of the military daily. Research conducted by the Pew Research Center shows that 44% of post-9/11 veterans state that it is difficult for them to readjust to civilian life. This can lead to larger and more long-term effects like homelessness, unemployment, relationship breakdowns, and mental health conditions. Through firsthand experience and watching other veterans go through the transition process, Ric stepped up and found a new way to serve by starting the Regular Infantry Guys podcast.

“The mission [of the podcast] was at first sharing our perspectives attending higher education as a non-traditional student veteran,” said Ric. “However, it outgrew that role when we started sharing our own personal struggles and putting it out there in the world with the hope that other veterans can learn from our transition. Vulnerability took a while to get accustomed to. Little by little, veterans requested to come on the show to share their stories. Since then, it’s never been “my” podcast. It’s for all veterans out there who need a platform to share their voice in order to assist other veterans.” 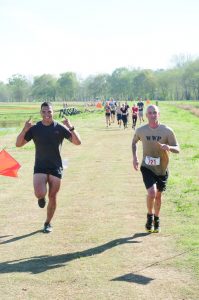 Currently, Ric lives in Charlotte, North Carolina, where he works as a coordinator addressing veteran homelessness at Mecklenburg County Veterans Services. He is passionate about serving military families and our warrior community at HOPE. On May 28, HOPE hosted our 15th annual Run For The Warriors, where the theme was “Honor. Run. Remember.” as we paid tribute to our nation’s heroes who gave their all defending our freedoms. Ric was in attendance as our opening ceremony guest speaker and encouraged and motivated the crowd throughout the day. Below is a video clip from his speech, sharing his story as a Gold Star Brother.

“Through my time attending therapy, one statement always stood out to me during this time of year; let’s celebrate their life,” said Ric. “My brother will never be forgotten; he is part of me until I’m gone. Celebrating his life to me is going on outdoor recreation trips or [visiting] my favorite national parks, hanging out with family/friends/brothers I served with, or doing something physically active. It can be any activity sharing their memories and stories.”

Thank you, Ric, for always showing up and advocating for our veterans, service members, and their families! We are honored to have you a part of our HOPE family and are excited for all the great things we can accomplish for our military community together!