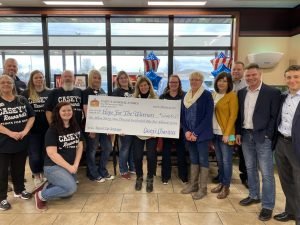 2020 Casey’s Round Up check presentation at top-store in Siloam Springs, AR.

‘Tis the season of giving, and that is exactly what Casey’s General Stores and their guests did throughout the month of November. In just under 30 days, Casey’s raised $500,000 for Hope For The Warriors through their annual campaign, which will have a significant and positive impact on military families.

At over 2,300 locations across 16 different states, Casey’s guests had the opportunity to honor past and present service members, as well as their families, by rounding up their purchases. Proceeds benefited both HOPE and Children of Fallen Patriots Foundation, whose mission is to provide college scholarships and educational counseling to military children who have lost a parent in the line of duty.

Using the power of social media, Casey’s also generously donated $1 towards the campaign, up to $100,000, every time a user shared “#HereForVets” on Twitter or Instagram.

PepsiCo also played a large role this year, donating $1 to the campaign, up to $25,000, whenever a guest added a 2-liter Pepsi® product to their order through the “Make it a Hero Deal.”

“Pepsi is honored to stand together with Casey’s in support of the military heroes who have served and protected our country,” said Neil Pryor, President, PepsiCo Beverages North America, Central Division.

For the past nine years, Casey’s has partnered with HOPE, and through all their efforts and campaigns have raised $7 million in total for HOPE’s mission. These donations have allowed HOPE to serve an average of 4,000 service members, veterans, and military families each year.

“Long-term community partners, like Casey’s, is what makes our work in the military community possible,” said Robin Kelleher, CEO and President of Hope For The Warriors. “We are grateful for the support of Casey’s leadership and all of their customers. The round-up contributions allow us to provide comprehensive support promoting the well-being of the entire military family.” 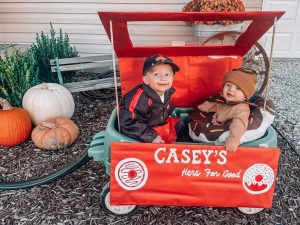 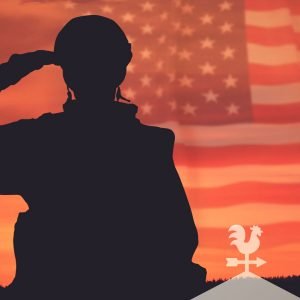