A wish to turn a passion into a business… 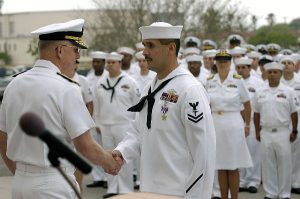 On September 11, 2001, new to the Navy and just graduated from Corpsman school, Petty Officer 2nd Class Juan Rubio put his new skills to the test as he arrived at the Pentagon to support search and rescue efforts. After two years of supporting healing efforts of service members and veterans at Walter Reed National Medical Center, he volunteered to serve Marines at Camp Lejeune. Upon the completion of Field Medical Service School, Rubio attached to 1st Battalion, 2nd Marines Division, Bravo Company, Weapons Platoon and later with Small Craft Company, Headquarters Battalion, 4th Platoon and deployed twice to Iraq for a total of 20 months.

On January 1, 2005, while on a mission, his unit was ambushed along the Euphrates River. While under fire, Rubio, not thinking twice, exposed himself to enemy fire to triage three Marines who had been wounded and then again to move them to the shoreline for medical evacuation. He was injured twice, later treated in country, and returned to his unit.

In October 2008, after nine years of service, Rubio medically retired out of Corpus Christi Naval Air Station. Now residing with his wife and three children in San Angelo, TX, Rubio asked for a wish, through our Hope For The Warriors A Warrior’s Wish program, to help turn a new found passion into reality. 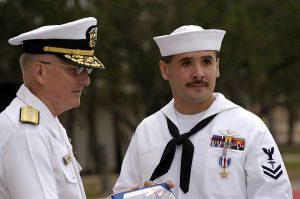 He has always had a love for fishing, but discovered his love of building fishing rods while taking a class as a form a therapy to assist in rebuilding his eye-hand coordination and memory skills.

He and his wife, Jennifer, took a certification course to build custom rods and hope to donate the rods to local veterans that they take out fishing. We were able to grant their wish for a workshop and tools to build fishing rods and restored HOPE for their family.

With the thought of his fellow wounded veterans in mind, Rubio hopes to help them discover the impact fishing has on the mind, body, and soul with his custom fishing rods.