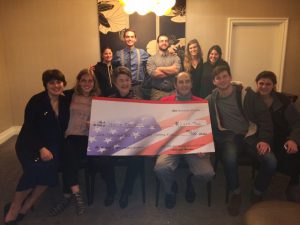 Nine out of the 11 grandchildren of Evelyn and Eugene Fox unveiling the donation made to Hope For The Warriors in their honor.

When you think of 11 grandchildren plotting a secret surprise for their grandparents, you may think a wooden spoon could be needed on stand by, but this time it was a very pleasant surprise!

Over the holidays the Fox family gathered in Las Vegas, Nevada to celebrate their grandparents Major General Eugene Fox, US Army retired, and wife Evelyn’s 60 years of wedding bliss! After spending half of their marriage fulfilling the orders issued to them by the US Army, their family wanted to honor them and their monumental anniversary in a special way by supporting military families through Hope For The Warriors programs and services.

MG Fox was appointed to USMA West Point where after his graduation, with the Class of 1956, he was commissioned a Second Lieutenant in the Air Defense Artillery branch and stationed at Fort Bliss, Texas. It was in Fort Bliss that he met Evelyn whom he married Feb. 2, 1957. 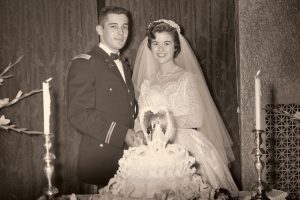 After moving several times across the United States, Europe and Asia with the Army, Eugene retired in 1989 after 33 years of service. His last post was held at the Pentagon as the Deputy Director of the Strategic Defense Initiative in the Office of the Secretary of Defense. 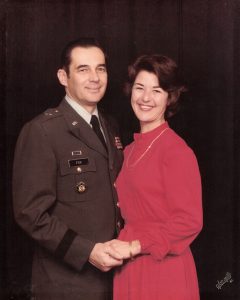 Continuing his service, Eugene most recently delivered the baccalaureate address to the 2016 graduating Class at the West Point Jewish Chapel. 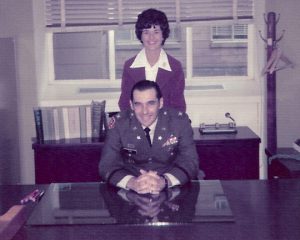 Eugene discussed his thoughts on war deployments noting, “We lost several dear friends and classmates during those years [when Eugene was deployed to Viet Nam]. Today’s military personnel incur several deployments defending our Nation and our Constitution. Many return from these deployments without limbs and with severe head wounds, but they return. During recent years we have lost children of our dear friends and classmates.” 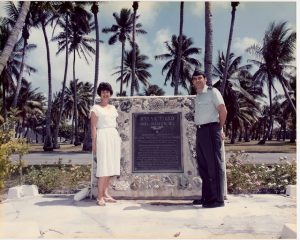 Reflecting on the fundraiser, the couple shared what it means to them. “The fact that our grandchildren chose to help those returning Army, Navy, Air Force and Marine military members and their families with this donation in honor of our 60th Wedding Anniversary warms our hearts. There could be no better gift.”

Evelyn added, “Eugene and I are very thankful for the services Hope For The Warriors provides and to our many friends and family who donated in our honor, making this gift possible.” 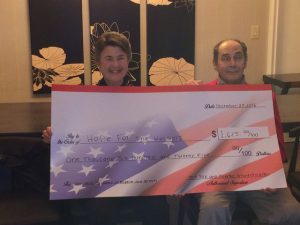 Eugene and Evelyn Fox at their 60th Wedding Anniversary celebration