JACKSONVILLE, N.C. (December 21, 2016) – Operating in its second year within the NASCAR garage, Hope For The Warriors’ Drive For Hope program achieved unprecedented success in 2016. In total, over 250 service members, veterans and military family members attended Drive For Hope events, 62 fallen service members were honored on three racecars during the Coca-Cola 600, more than 20 drivers, crew chiefs and media personalities came together to support Hope For The Warriors while participating in a NASCAR-themed PSA, three drivers and teams donated space on their racecars to help gain attention for the national military nonprofit, and those within the NASCAR industry graciously gave their time for countless meet and greets, photo opportunities and at-track experiences with service members throughout 2016.

Several parallels can be drawn between the NASCAR industry and military culture, including their nomadic nature and constant state of transition. For service members and veterans, the Drive For Hope aims to ease that transition by bringing them to racetracks across the country, while focusing on reintegration into civilian life, learning about prospective careers and understanding how their skills from the military translate into the civilian sector.

“The support from the entire NASCAR garage has been genuine and from the heart, and that has been evident through every interaction we’ve had in the industry, including everyone from the sanctioning body, to all the team members, drivers and owners,” said Travis Hanson, Senior Director of Sports and Recreation at Hope For The Warriors. “We at Hope For The Warriors couldn’t be more thankful for that support. At the end of the day, time is one of the most valuable things we can give each other—it’s the only thing that can’t be bought or replaced—and everyone within NASCAR has been extremely generous by giving their time to help our service members, veterans and military families.”

Included in the 256 guests at Drive For Hope events were 218 service members and veterans, as well as 38 Gold Star family members who attended the 600 Miles of Remembrance at Charlotte Motor Speedway’s Coca-Cola 600 in May. With the families gathered to see the names of their loved ones across the windshields of Richard Childress Racing’s No. 31 car and Front Row Motorsports’ No. 34 car, as well as throughout the paint scheme of BK Racing’s No. 83 car, they were able to connect with others who have experienced similar loss through a private dinner event and time together at the track. The weekend was an opportunity for healing for the group that included widows, parents, siblings and children—including a 10-year-old son who never had the chance to meet his father. For that child, the weekend gave him a chance to meet other kids like him, meet people who knew his father, hear stories about his father and see his name on a racecar.

Other highlights from the 2016 season included a series of 30-second PSAs that brought together more than 20 drivers, crew chiefs, team owners and media personalities to support Hope For The Warriors. With some of the sport’s biggest names participating, including Jimmie Johnson, Tony Stewart and 2017 NASCAR Hall of Fame inductee Richard Childress, the group donated their time to help advance the cause and increase support for service members, veterans and military families.

On a near weekly basis in 2016, Richard Childress Racing drivers Ryan Newman and Brandon Jones, as well as the drivers and team personnel of BK Racing, donated their time and resources to make sure participants in the Drive For Hope program had an unforgettable experience. Likewise, Matt DiBenedetto, Brandon Jones and Austin Wayne Self all donated space to include Hope For The Warriors in their paint scheme for select races during the 2016 season.

To learn more about the program or find out how you can get involved, visit HopeForTheWarriors.org. Additionally, you can support Hope For The Warriors and its various programs by making a gift online, by phone at 877-246-7349, or by mail to 8003 Forbes Place, Ste. 201, Springfield, VA 22151. 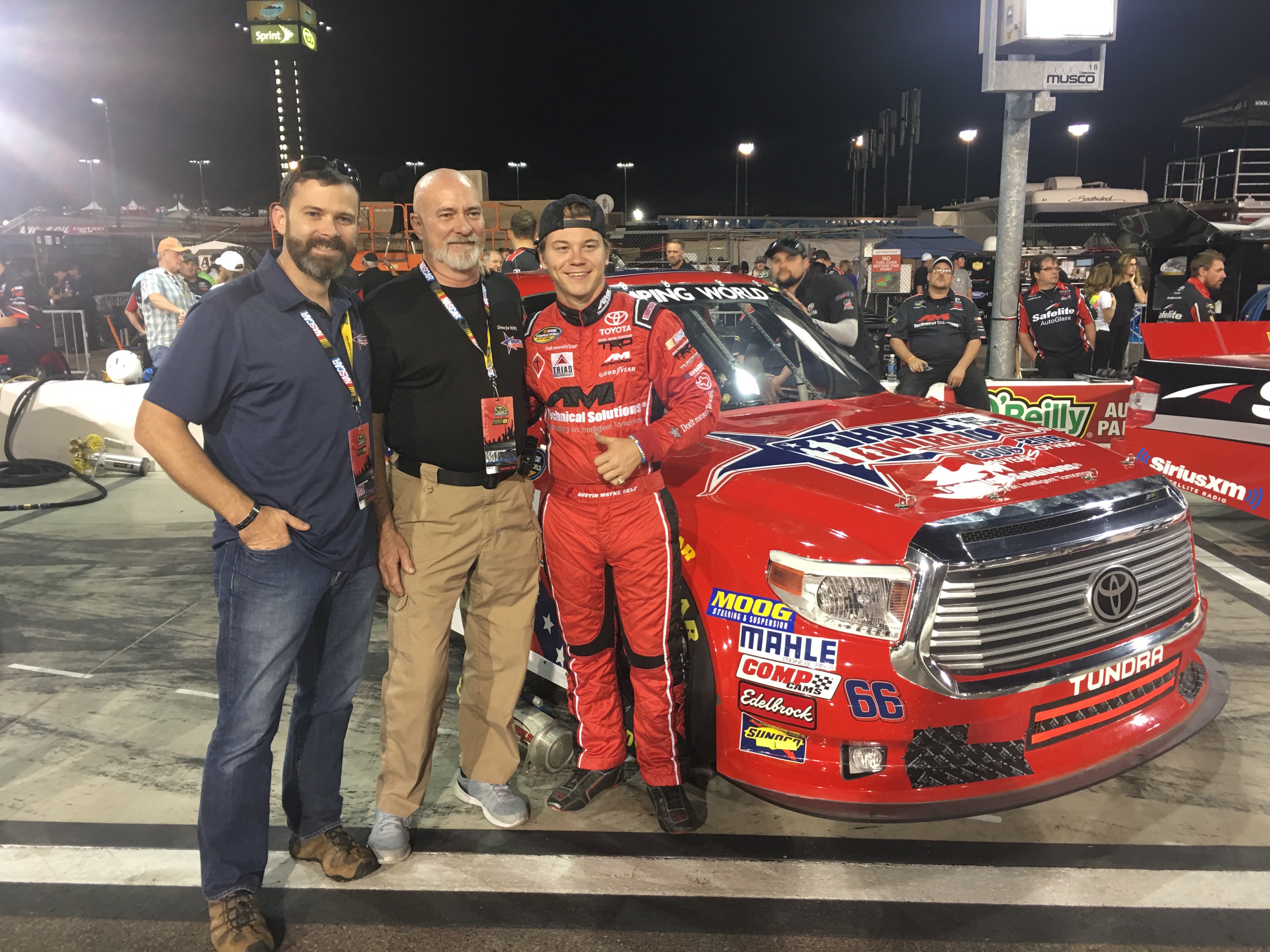 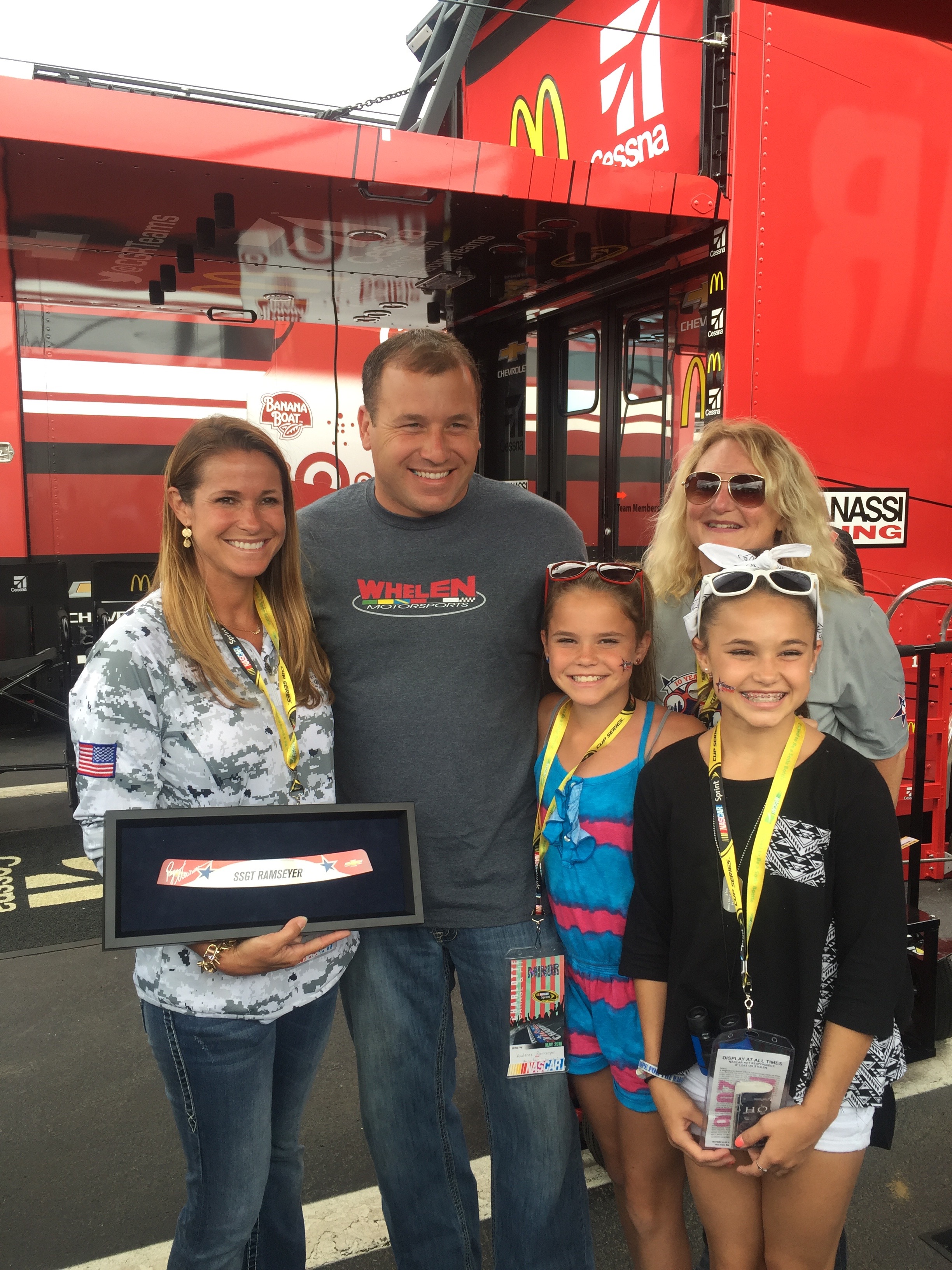 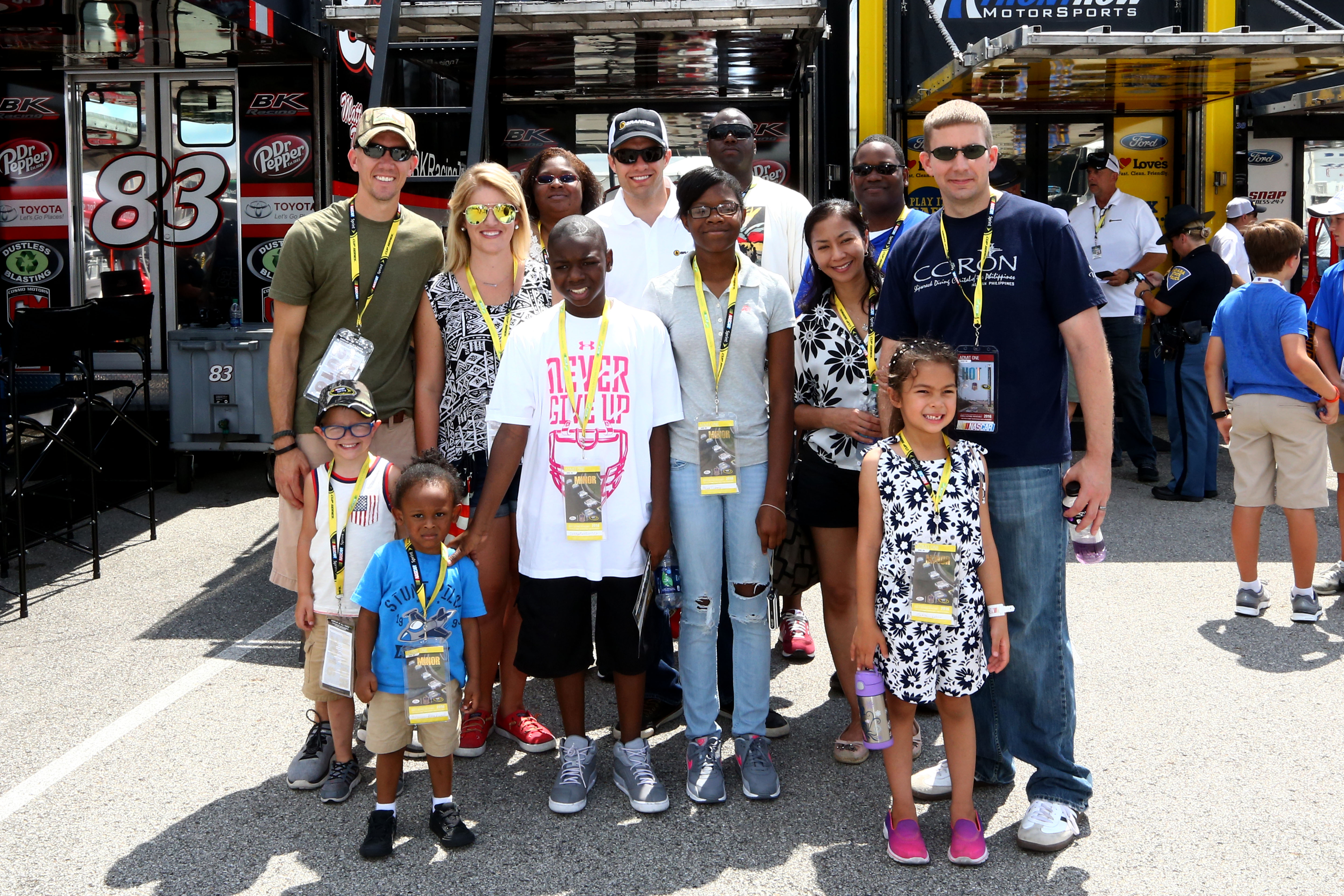 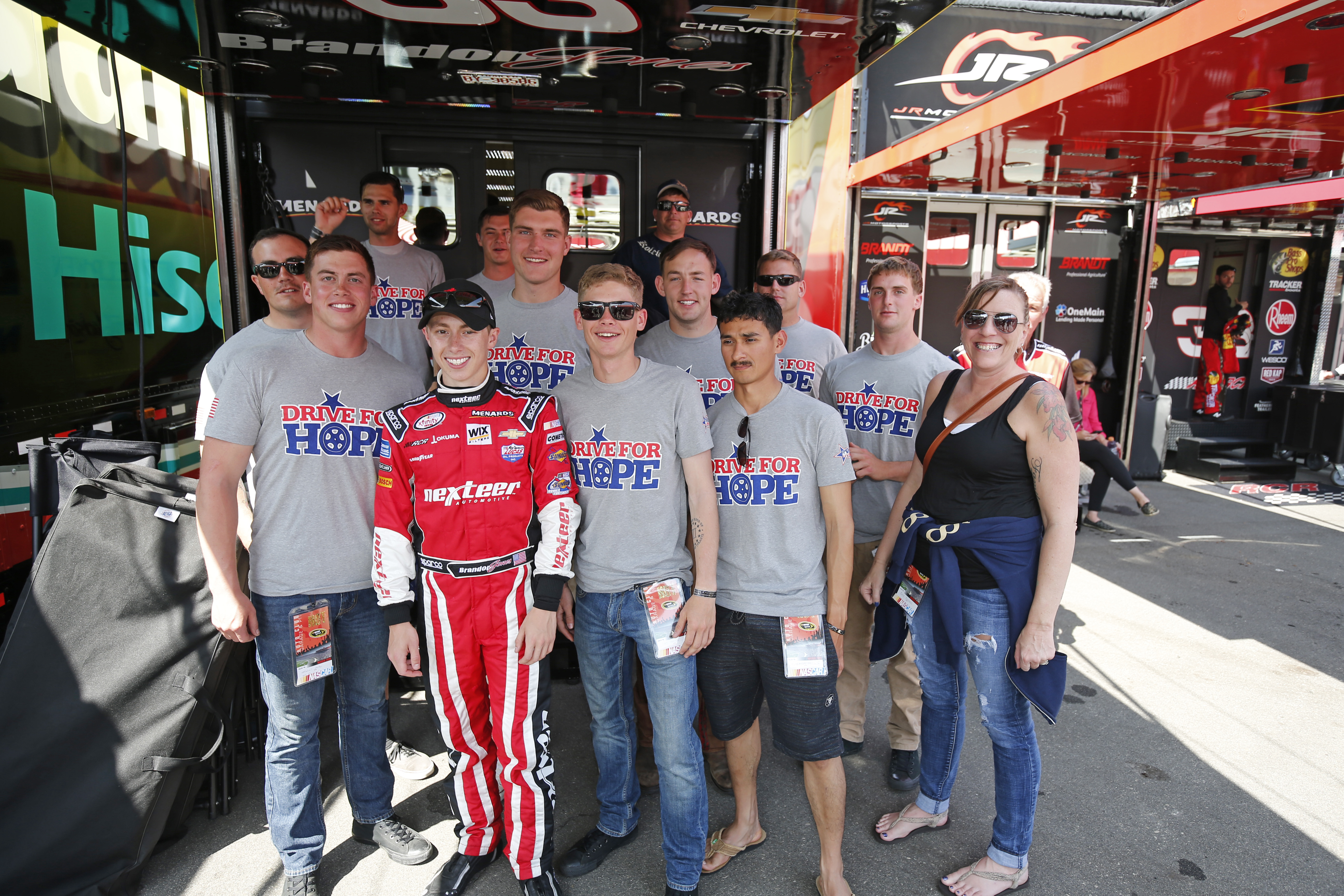