“After my husband died I wanted to make him proud of the woman he married, I wanted to fulfill what he thought of me.”- Dr. Vivianne Wersel, Spring 2016 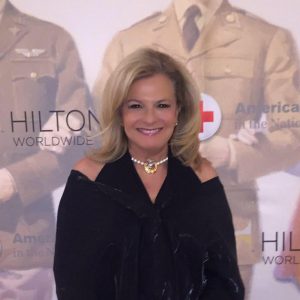 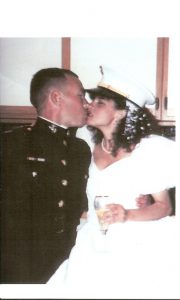 Nearly 10 years later, Dr. Vivianne Wersel, Spouse and Caregiver Scholarship recipient, shares her scholarship application letter that she wrote in April 2007, two years after her husband, Marine Corps LtCol Richard Wersel died suddenly a week after returning from his second deployment to Iraq. After receiving the scholarship in Spring 2007, Dr. Wersel pursued her Doctorate of Audiology at the Pennsylvania School of Optometry-School of Audiology-Salus University.

Currently Dr. Wersel is a practicing Audiologist at Walter Reed National Military Medical Center in Bethesda, MD who tirelessly advocates for Gold Star and military families serving with Government Relations Committee of Gold Star Wives of America, Inc., Advisory Board for Got Your Back Network and the DOD/ VA Survivors Forum. She is an active member of the Arlington Gold Star Wives, local representative for the National Military Family Association, TAPS volunteer and Founder of Surviving Spouses Support Group II MEF. Her drive to advocate for Gold Star Families also brought about amendments to change the two-tier death benefit outlined in the National Defense Authorization Act (NDAA) 2006. Dr. Wersel is a Military “brat” and comes from a third generation Marine Corps family. She has dedicated much of her professional career to serving Iraq and Afghanistan service members and veterans working at Fort Detrick, Fort Belvior and Marine Corps Air Ground Combat Center Twentynine Palms.

“A regular day that began as seemingly innocuous, was the day that all of my life’s goals went out the window. It was the day that my husband died. It’s a reference of time that defines my life into two separate pieces of “before” and “after”. Having been previously focused with great intention on moving in a certain direction, I was numb and frozen.

Even through my fog of grief, there was one thing that I could still see clearly; my children. Long term goals quickly melted into sliding through one day at a time. Outside of processing my own feelings of profound sadness, I knew that somehow I had to fulfill the simultaneous need to ensure that my children would experience as little upheaval as possible. There was no way of shielding them from the adversity that was in store, but I hoped to make their lives as comfortable as possible. I had some very big decisions to make starting with a place to live. Having been raised as a ‘”military brat”, I had no real roots for grounding, as a lease with a rapidly approaching expiration date loomed on the horizon. I was prepared to move to our tenth duty station in fifteen years that was three thousand miles away, not to the development a few streets away. Richard 14, and Katie,12, wanted to stay in their school and remain amongst their friends.

I decided to stay in the Lejeune area and maintain the familiarity and lifestyle that my children needed. I also had to come to terms with doing it alone. My own stability helped them realize that life would go on without their father.

To counteract my own grief, I continued working as an audiologist with Onslow County Schools and an ENT who is a Tri-Care provider. I also volunteered because that was what I had always done. I also knew that my husband would have wanted me to do these things. I channeled my angst by putting grief into action. I lobbied at the US Capitol to change the two-tier death benefit. Using my husband’s case, an amendment was passed in the defense bill NDAA2006.

With the passage of time, I am able to think about long term goals. I need to keep my family financially secure, especially since college tuition for our two children rests solely on my shoulders. There were days I wanted to stay home, but quitting my jobs was not an option.

The requirements for maintaining a license as an audiologist have changed. In order to continue to practice in the year 2010, I must complete a Doctorate of Audiology. There are no exceptions or grandfather clauses. I believe that obtaining my doctorate will allow me to be a better professional, but it also sets an outstanding example of perseverance for my children.

That day may have started out as seemingly innocuous, but life has drastically changed since my husband died. I hope to look back and know that I did my best, for my children and myself in all aspects of life.” 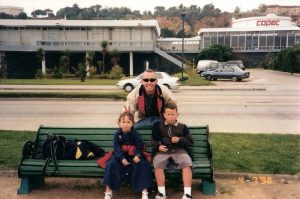 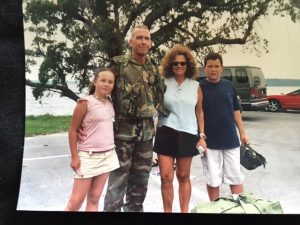 Thank you Dr. Wersel for all you do to support fellow military families and share HOPE to their lives! We truly appreciate you and all you do! We are honored to have you apart of our HOPE Family!