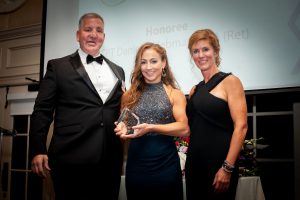 Captain Danielle Liebman, a veteran of the United States Army  was recognized both for her accomplishments during her military career, as well as the work she’s done since to give back to her fellow veterans.

Danielle’s military career began with completing the ROTC program in conjunction with her 2007 University of Central Florida graduation. Stationed at Fort Bragg (N.C.) with the 82nd Airborne Division, she was selected for Special Operations Forces with Civil Affairs. In 2012, she became a Civil Affairs Officer with a focus on China and Mandarin Chinese. Three years later, she was medically retired from injuries sustained in Airborne Operations.

After her military career, Danielle enrolled in law school at Wake Forest University and graduated in 2018 with her Juris Doctor degree. However, her path to her degree wasn’t an easy one. Between her second and third year, Danielle was referred to residential treatment for PTSD. She reached out to Hope For The Warriors for assistance with a two-month stay at an out-of-state treatment facility. Upon her return, she served as an advocate for veterans and mental health as Vice President of the Wake Law Veterans Advocacy Legal Organization. Hosting panel events that shed light on similarities in stress disorders among veterans and legal professionals, Danielle worked to destigmatize common mental health concerns in both communities. 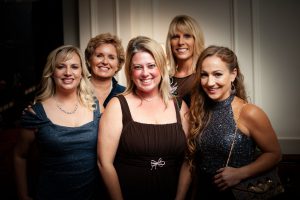