CAMP PENDLETON, Calif. (March 24, 2017) – NASCAR XFINITY Series (NXS) driver Brandon Jones joined representatives of Hope For The Warriors to tour the Hope and Care Center and Wounded Warrior Battalion-West aboard Camp Pendleton on Thursday afternoon. The experience was an expansion of Hope For The Warriors’ Drive For Hope program, which connects the military to motorsports while encouraging interaction between service members and those within the motorsports industry.

Jones, who is scheduled to compete in Saturday’s NXS race at Auto Club Speedway in Fontana, Calif., used the opportunity to spend time with service members while also sharing the story of why he supports Hope For The Warriors. Now 20-years-old, Jones grew up with a passion for both motor racing and the military, and dreamed of either becoming a NASCAR driver or serving in the military. Competing in his sophomore season in the NXS, Jones uses his platform as a driver to help advance Hope For The Warriors’ mission of restoring self, family and hope for service members, veterans and military families.

“I’ve always had a big interest in the military and a lot of respect for the men and women who serve our country,” said Jones. “While I was growing up, I either wanted to be a racecar driver or serve in the military, but I didn’t really have that first-hand link to the military to be able to see behind-the-scenes and make those connections. With my career established in racing, it means a lot to me that I’m able to use that to help an organization like Hope For The Warriors. I love the opportunity that relationship gives me to meet our service members, get on base and just experience some really cool stuff. It meant a lot to me to get out to the Wounded Warrior Battalion-West and spend some time with those guys. Likewise, the Hope and Care Center was just incredible, and it was great to see some of the amazing things that the Marine Corps is doing through that. I expect that we’ll have a strong weekend in our No. 33 Chevrolet over at Auto Club Speedway, but regardless of what happens there, I think our stop at Camp Pendleton will definitely be the highlight of my weekend.”

“After 10 years of service for Hope For The Warriors and working hand-in-hand with the Wounded Warrior Regiment, we very much appreciate the opportunity to bring NASCAR drivers to interact with our nation’s wounded, ill and injured service members,” said Travis Hanson, Program Director for the Drive For Hope at Hope For The Warriors. “Over the last two years, Brandon Jones has been a very vocal supporter of Hope. After meeting him and working around him, I’ve never met someone of his age who has such an affinity for members of the military, or holds them in such high regard, aside from those that I actually served with. In today’s society that’s very much appreciated, and I’m glad we could share this experience with him.”

As part of the Drive For Hope program, Hope For The Warriors will also host service members from the Wounded Warrior Battalion-West at Auto Club Speedway on both Saturday and Sunday. A multifaceted program, the Drive For Hope program looks to highlight the many similarities between the NASCAR industry and military culture, including their nomadic nature and constant state of transition. Drive For Hope attendees have an opportunity to learn about prospective careers within the industry and understand how their skills from the military can translate into the civilian sector, while also experiencing a behind-the-scenes look at the sport.

To learn more about the organization or find out how you can get involved, visit HopeForTheWarriors.org. Additionally, you can support Hope For The Warriors and its various programs by making a gift online, by phone at 877-246-7349, or by mail to 8003 Forbes Place, Ste. 201, Springfield, VA 22151. 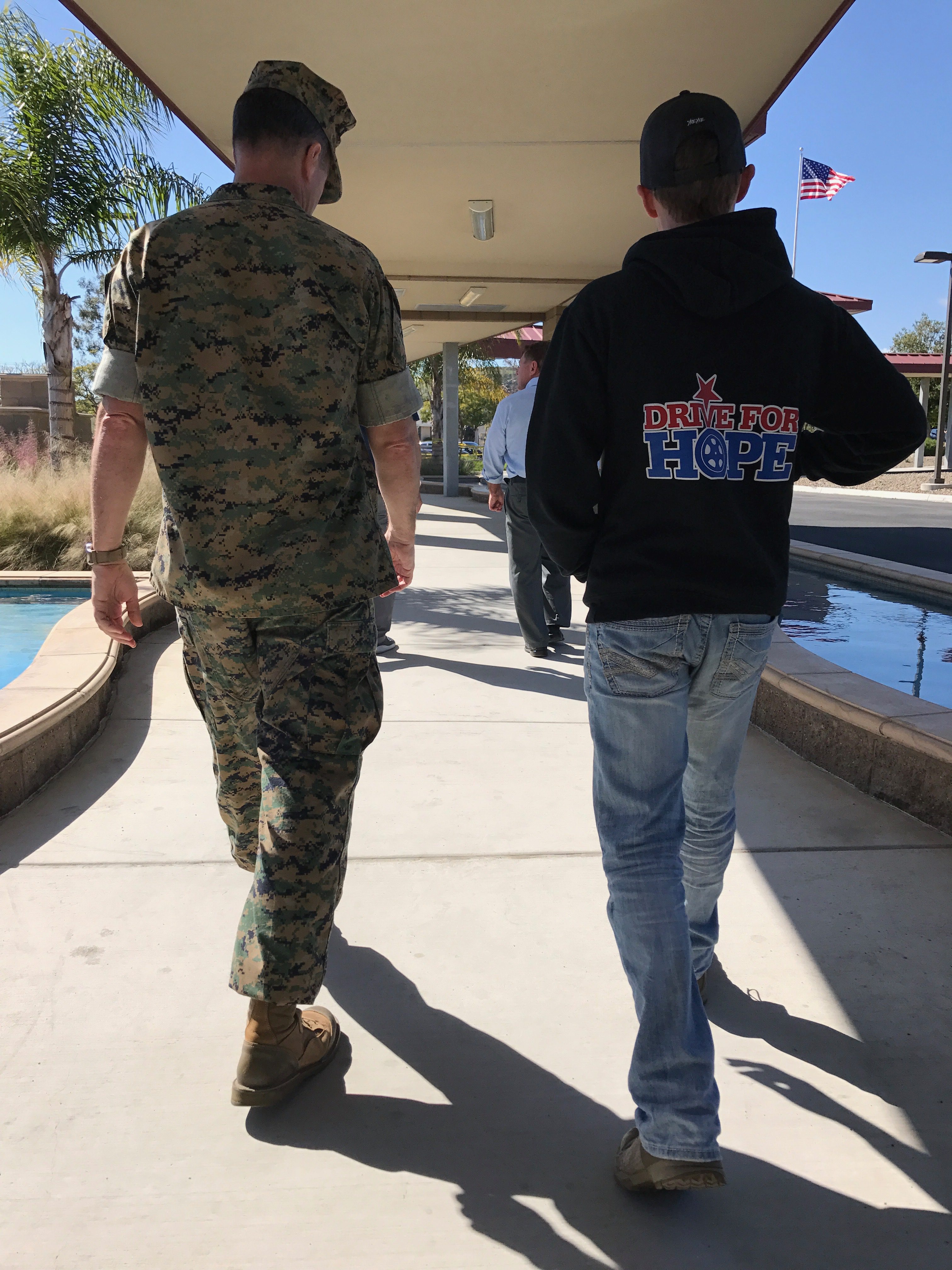 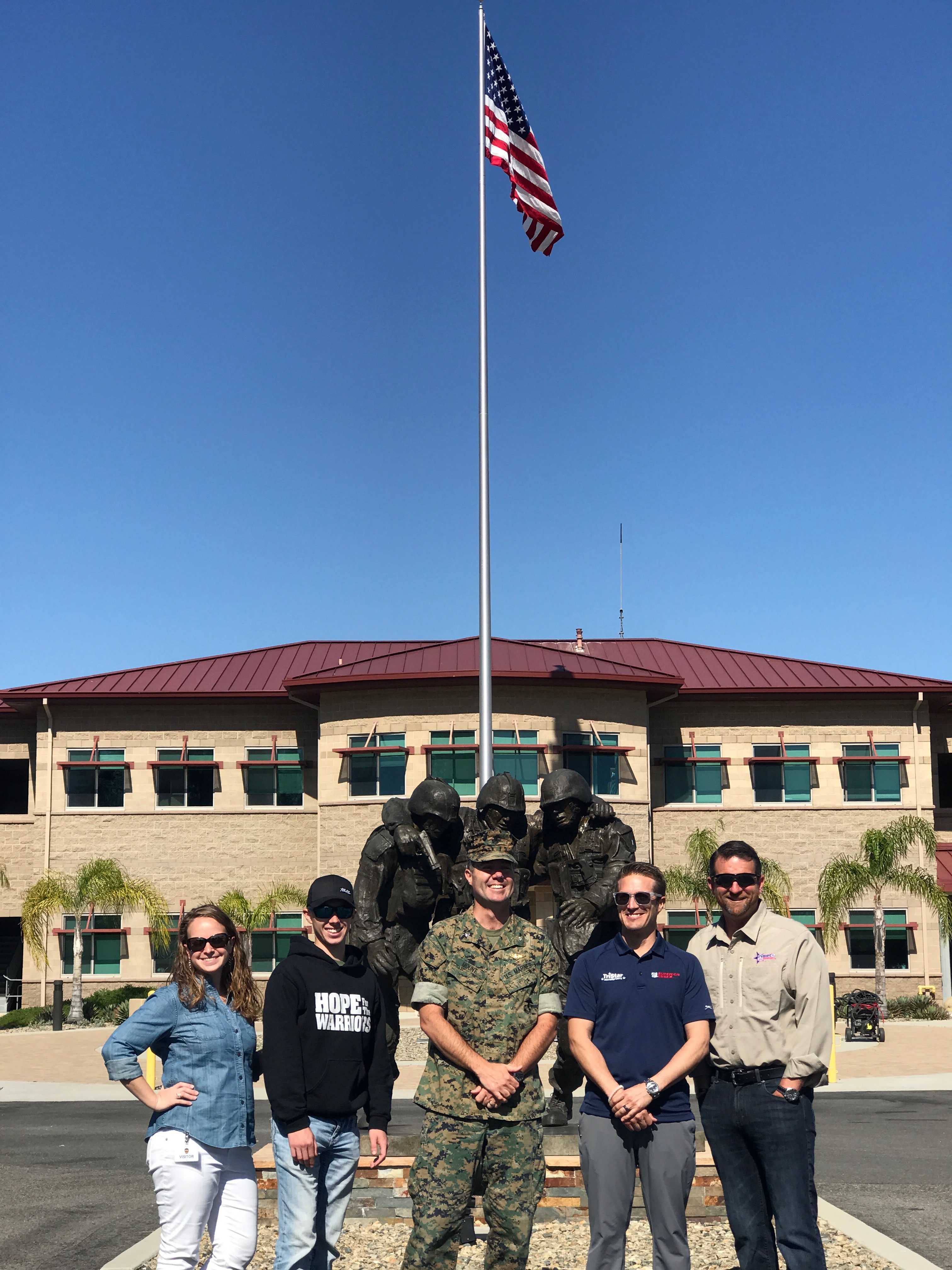 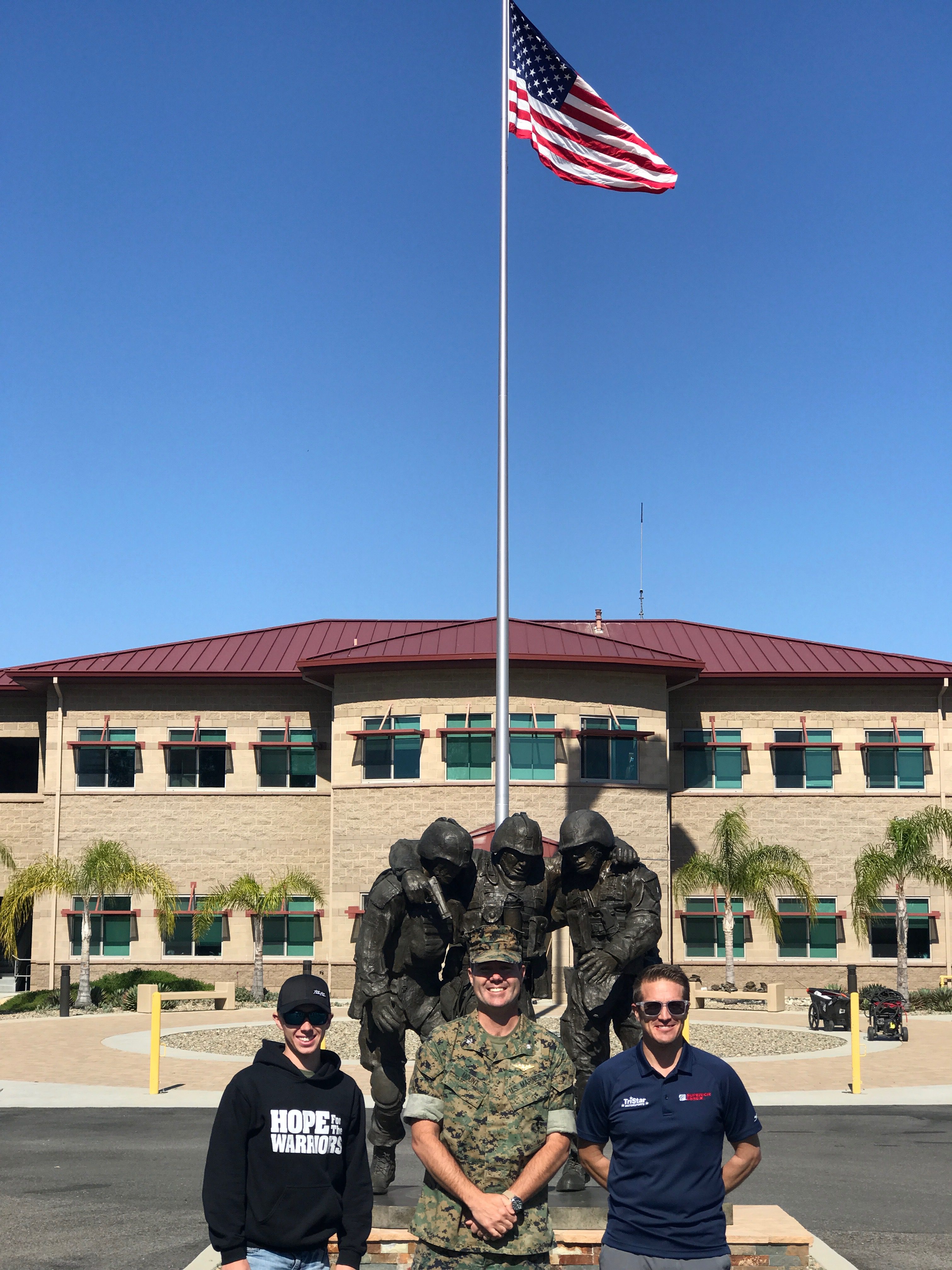 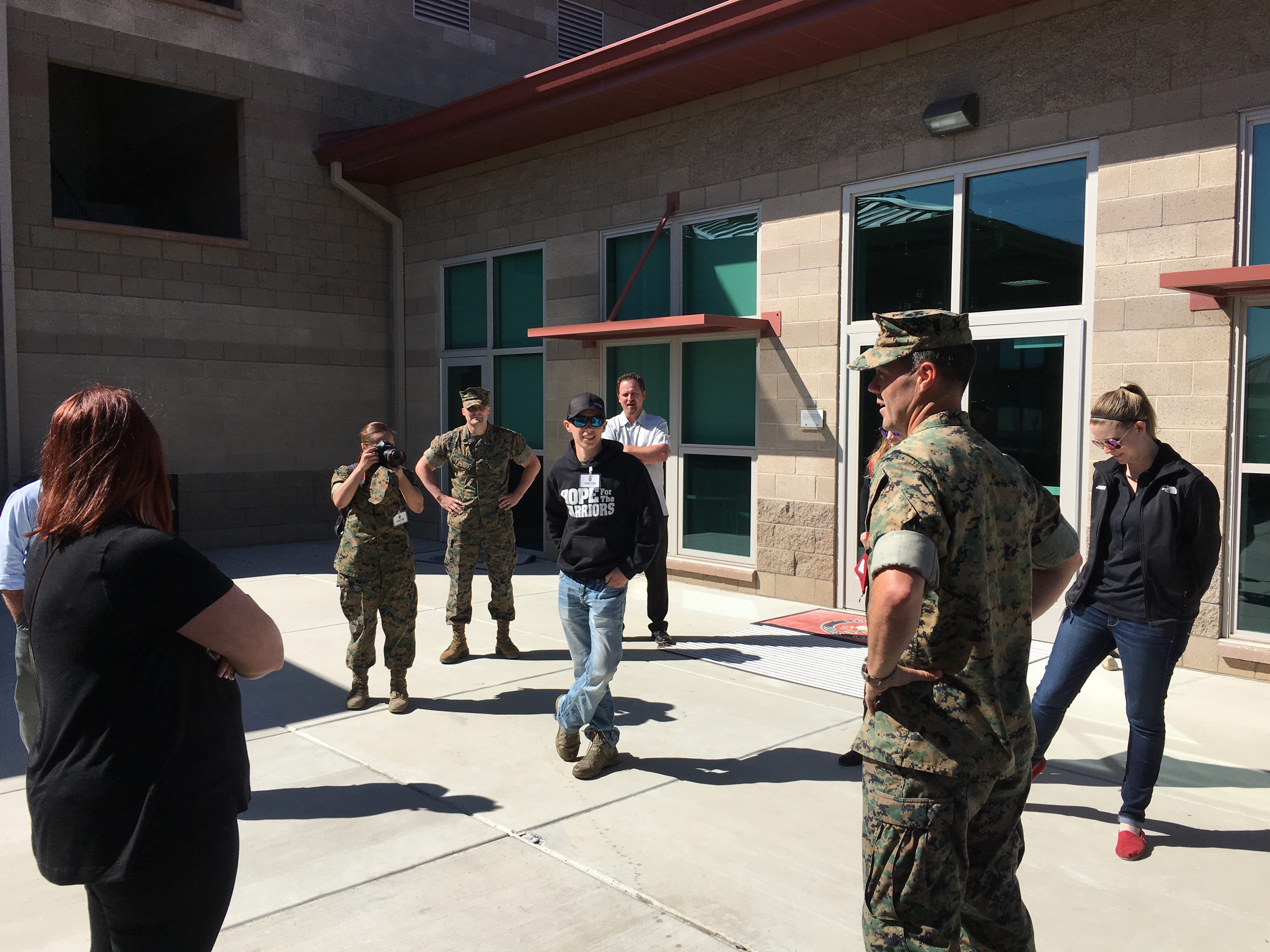 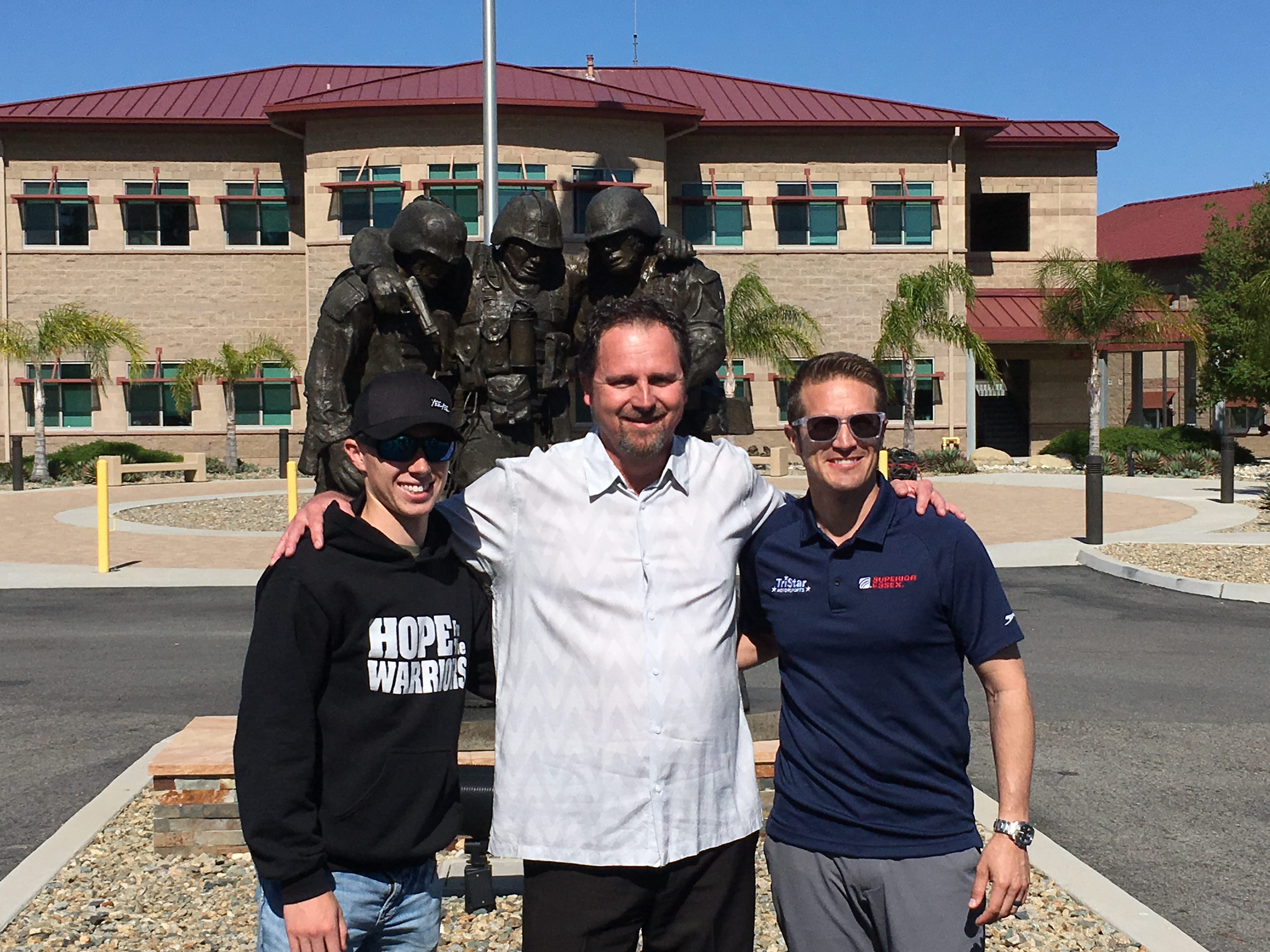 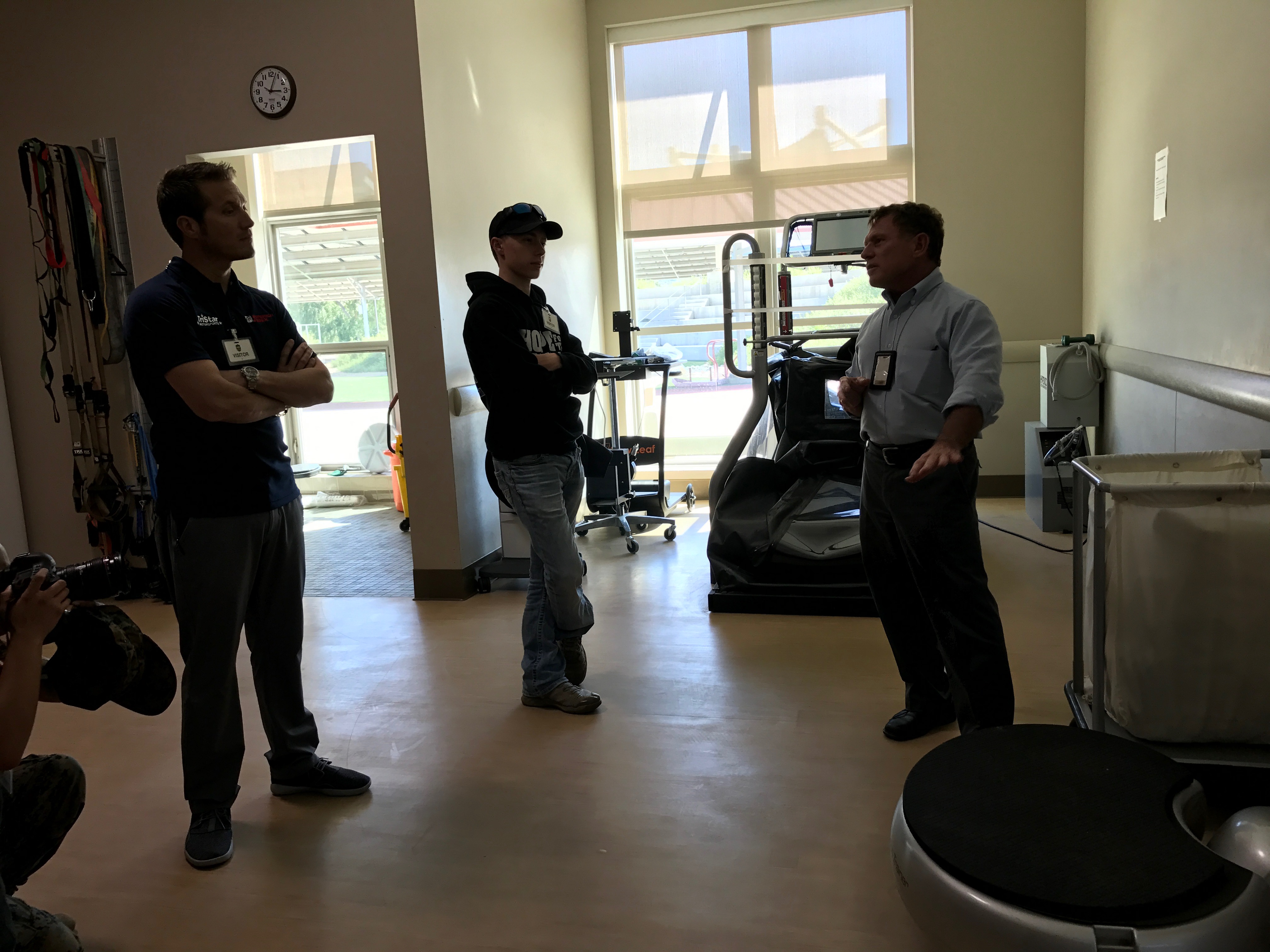