A simple wish, but so much more…

Master Sgt. Rollins enlisted in the United States Air Force in 1980 and was stationed at Moody Air Force Base in GA. He met his wife, who was also stationed there and the two married in 1995. He was deployed to Kuwait, Desert Storm, and Iraq and was also stationed overseas in Spain where he served as a Nuclear Weapons Journeyman and as a Munitions Accountability Officer.

In November 2003, while he was unloading munitions and other equipment the base was attacked by mortars. He helped wounded service members to safety and was hit with shrapnel in his shoulder. Rollins was medically evacuated out of country to Sam Houston Military Medically Center in San Antonio, TX. In 2004 he medically retired from the Air Force and remains active in his medical and mental health treatment.

Since his injury, Rollins’ wife, Peggy, who retired from the United States Air Force 2010, took on a caregiver role. Realizing the stresses that establishing a new normal had on their marriage and family life after the Air Force with their three children, Rollins’ recognized a change in his wife and asked for a wish. Longing to once again see her beautiful and genuine smile, he wanted to take Peggy on the honeymoon they never had after 23 years of marriage.

Touched by the selflessness of his wish and inspired by both Michael and Peggy’s services, A Warrior’s Wish granted his wish and sent the couple to Key West, Florida for a week of sunshine, relaxation, and a chance to spend quality time away from their busy lives and relive the “honeymoon” phase of marriage 23 years later on a seven-day honeymoon to Sandpiper Bay, an all-inclusive resort in Port Saint Lucie, Florida

After sharing a few pictures from their trip, Rollin’s truly got his wish of seeing his beautiful wife smile… 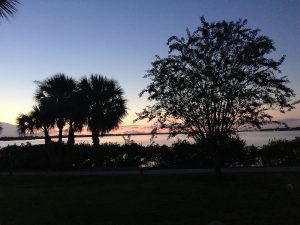 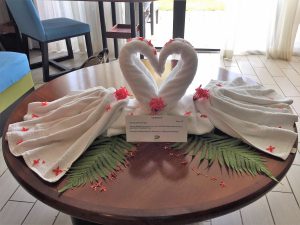 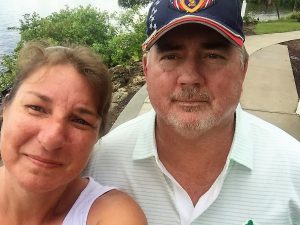 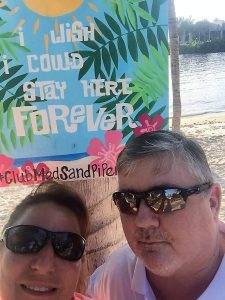