A Caregiver Story: Awaking From A Nightmare

A Caregiver Story: Awaking From A Nightmare

Our story was never typical. It isn’t one that I care to dive into on paper because then that makes it real, right? To be perfectly honest, it makes me cringe. My life had spiraled completely out of control, my marriage was in shambles, and I was exhausted and depressed to the point that even a shower couldn’t bring me out of my slump. It was too much work.I don’t want to go back and think about the “us” that used to be because that isn’t who we are, at least not anymore. We don’t want to be the people that are known for our story. We want to be known as the people who brought hope to others who are stuck in a similar nightmare. We want to be proof that with love, faith, trust, and compromise, we were able to make it out alive. 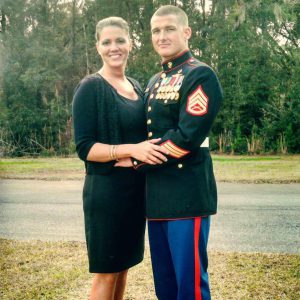 Everyone around me saw what was going on and the only thing that they had to offer were reasons why I shouldn’t put up with my husband’s behavior. His friends were so annoyed with my regular phone calls about his erratic behavior that they would no longer answer, as if I had become a nuisance. My calls to his work were brushed under the rug like it wasn’t a big deal. No one knew the magnitude of what was going on. I had turned into a person that I didn’t recognize, someone who drank too much, someone without perspective or goals, someone completely lost, lonely, and afraid of the future. I had given up. I had lost myself in the storm of what my life had become, living a literal nightmare.

When I look back on what life was, it does not feel like that was me who lived through it. My family has come so far from that nightmare. I don’t think it could have gotten any worse, unless one of us had physically died.

In March of 2013, my husband came home from his final deployment from Afghanistan. For a while, we could maintain and at least “look” normal. Our social drinking began to increase and became out of control. Looking back, I realize that was the only way that we could be around each other and know how to handle it. So many things were uncertain, there were things that I would never be able to understand nor put them into words. I was never able to tell him how I felt, how petty of me! To be so concerned with my feelings and myself when there were bigger demons and issues at hand. We continued to live this way through lies and deceit, trying to keep our heads above water but sinking each other despite the effort.

In October of 2014, life was at a dead stop. My husband was no longer living at home; he had chosen to leave and wanted to separate. I refused, I stayed put. It was at this time that all of the changes took place. I won’t tell his story because I can’t bring the emotion to it, that is his story to tell. I can say that he had lost all hope. He didn’t want to exist anymore and to an extent, neither did I. Not in this life.

I was at work one day and got a phone call from someone at my husband’s work, a man who to this day I have never met in person, but I owe so much to. My gratitude for him can’t be expressed out loud because there truly are no words. I still don’t know why this man felt he should make sure that my husband was alive and safe, but he went and got my husband from our house and insisted that he go to treatment. My husband says that it was a day of relief. He felt like the weight of the world had been lifted from his shoulders, he could finally breathe, and he felt safe.

That day changed the course of our lives forever. We had to make changes that seemed impossible. We had to become a better verion of ourselves. We had to get to know each other all over again. 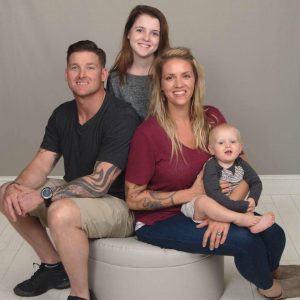 My beaming light of hope during our darkest of days was my husband and the love that we shared. As our family and love continues to grow, I have come to realize that the struggles we have faced can give hope to others.

The path that finally led us to a diagnosis of TBI and PTSD was a long one, one that I wouldn’t wish on anyone. Amped up by other substances to numb the pain of a couple of terrible deployments, each day was a living hell. They all ran together, it’s almost impossible topick out the time where it got “really bad.”

Our first big decision was no more alcohol. We needed to be sober for each other and our family. When my husband went to treatment for 30 days, we made the decision to never drank again. The things that he accomplished after treatment were huge! He did ninety AA meetings in ninety days. I attended many of those meetings, and I learned a lot about what he was struggling with by listening to him talk at his meetings.

I made up my mind that if we were going to make our marriage work, we had to be upfront and honest with each other and understand that the things that had happened in the past should be left there. Being hurt or getting angry at each other was useless and inhibited forward progress. Our social circle diminished, the people who mattered and cared stuck around. Guess who? Us. We had each other. We had to rely on each other for the first time, for everything.

It is amazing what alcohol can do. It can mask a plethora of problems and make them seem all better. Drugs do the same thing. At some point, the fortunate face reality and all those issues bubble to the surface. I am thankful every day that we are those people, the ones that faced reality instead of the latter. We made it out alive, and we have a pretty great story to share with those who have completely lost hope. 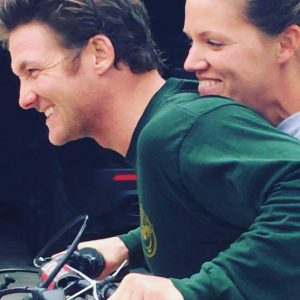 Reminiscing is such a silly word to me, probably because it gives me a bitter feeling. I don’t like it. It makes me feel shame and resentment. When my husband went to treatment, I found myself with a lot of time on my hands to think. I would get angry, wondering where these friends were when I needed them so much. I would try to figure out why no one wanted to help us when the going got tough but in the aftermath, everyone wanted to be my husband’s hero. Now I realize that none of that matters, none of the people who wanted to put on the superhero face do. What got us through was our faith in someone bigger than them, God.

One of the most major decisions that we made was discovering our faith and finding a church that we enjoyed. We haven’t looked back or regretted that one bit. We know that we can always talk to God no matter what and that has been our saving grace. We know that He is the reason that my husband can stand by my side on this crazy roller coaster called life. We know that He is the reason that we could make a move from North Carolina to Florida with plans set out to start a veterans’ retreat. We know that it is because of Him that we came from being told we would never have kids and undergoing fertility treatment to successfully conceiving long after fertility treatments stopped. We are now pregnant with our third child. Every time I look at my kids, I see my purpose. I see the light in my husband’s eyes, the drive to succeed, and the biggest thing, I see the love. I see all the love in the world in my husband’s eyes.

Is everyday easy? Nope! But we have accepted that with this life, there will be challenges every single day. Sometimes we might get mad or sad, some we might require staying at home or having to forfeit plans and reschedule for another time. We know that some days might be quiet. But most days are alive and fun! We can look forward to playing outside and going to events as a family! We can look forward to making new friends and trying new things. We appreciate a good challenge because it is all about perspective.

We came from rock bottom, and now we are solid as a rock. There is nothing that can break us, we stick together through it all, and we figure it out together. We lost hope, but we never gave up. Through love, perseverance, and new-found hope, we found each other and ourselves again. It is possible! Our life has so much more color and meaning than any life I would have ever dreamed of for my family and myself. Each day is a blessing! 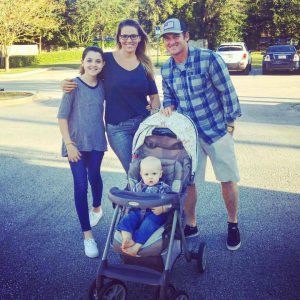