Marine Corps Corporal Joe Pawlowski deployed to Fallujah, Iraq in 2006 with an infantry reserve unit out of Saginaw, Michigan. While supporting what is now known as the, “Third Battle of Fallujah”, Pawlowski and his team were ambushed by sniper fire. He and his four brothers were hit, but he was the only one who made it out alive. Saved by the grace of God and two fellow Marines who were able to stop the bleeding from his four bullet wounds while waiting to be medically evacuated.

Arriving at Balboa Naval Hospital, he underwent many surgeries to salvage his 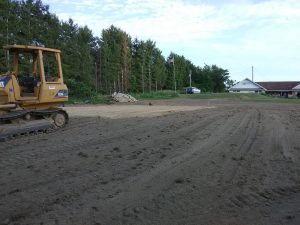 dominant arm and repair a broken scapula. While recovering, Pawlowski often questioned, “why me, why did I survive and my friends didn’t.” During physical therapy, he reconnected with his lost passion for art while learning how to use his arm again. After nearly 6 months in the hospital, Pawlowski returned home, not back to a base and surround by fellow Marines, but home to Michigan to his life before war. This extreme adjustment from combat to civilian life, caused him to feel hopeless and depressed. Having difficulties sleeping and still experiencing pain, he continued to turn to art as a form of physical and mental therapy. During the late night art sessions, he finally realized the answer to the difficult question he had been asking himself, “Why did I survive?”
Through his art, he found his life purpose to carry on his fallen friends’ legacies by 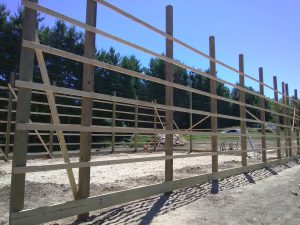 supporting fellow combat veterans and helping them tell their stories and heal. Showing a fellow Marine Corps combat veteran and childhood friend his pieces, he was encouraged to learn how to tattoo. Once he learned the trade, he began tattooing during sessions they called, “Pain Therapy”, where they would talk for hours during the tattoo session about the physical and emotional pain during combat and after, while experience the pain of a tattoo. Like the final product of the tattoo, they often didn’t realize the beauty of those conversations until having a chance to sit back and reflect.

Encouraged by another veteran to dapple with painting, this became his new late night coping hobby with his PTSD symptoms and flared pain. He began painting custom pieces like parts on motorcycles for combat veterans who found peace while riding their motorcycle. Yet, Pawlowski shared that the most honorable piece he’s ever created was painting his dear friend’s casket, who he fought with in Iraq and passed away upon his return home from a brain injury. 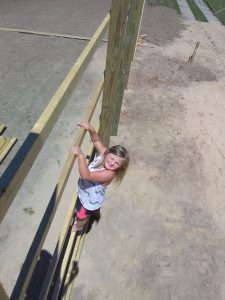 Realizing the positive impact art was having on himself and on his fellow brothers in arms, he applied to A Warrior’s Wish for an art studio, a safe space where he can carry out his passion. Inspired by his elflessness, artwork, and commitment to not only his wellbeing, but his families and fellow veterans , Hope For The Warriors granted his wish! Pawlowski is now having his very own building built on his property to house his very own art studio with supplies and tools!